Blow to Ivanka Trump? First daughter pressured president to not withdraw from Paris climate accord 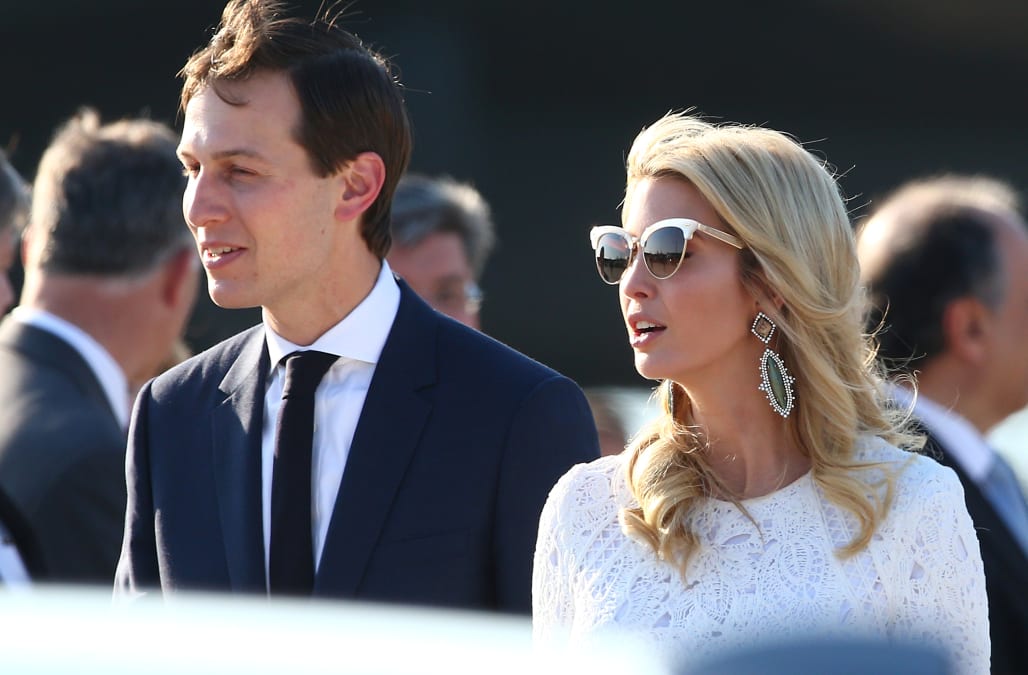 President Donald Trump teased on Wednesday his final decision on whether or not the United States will continue to support the Paris climate accord is still days away after multiple White House officials reported that he had decided to pull out of the deal.

But his daughter Ivanka Trump's role in the process drew renewed scrutiny as those reports suggested her efforts to convince the president to back the deal had failed.

If Trump decides to back out of the deal, the United States would join Nicaragua and Syria as the only three countries refusing to support the agreement, which seeks to curb greenhouse gas emissions in an effort to reduce the threat of climate change.

Ivanka Trump's art collection in her Instagram's
This year is one of the rare and special occasions where Hanukkah and Christmas coincide. As we light the candles, sending love from our family to yours this holiday season! Merry Christmas & Happy Hanukkah! #happyholidays
date night 😉
After-work snuggles are the best. #QualityTime
I'm midway through my Monday and checking things off the list! How do you get your week off to a strong start? P.S., Shop my look (and similar styles to the dress—it's not out yet!) at #LordandTaylor http://liketk.it/2oKTz @liketoknow.it #liketkit
Table for four. #DinnerDates
Arabella loves a good glam session; she picked out this outfit herself. These two have made our coffee table their stage—fitting, as they're my little stars!! ❤️ #latergram
Pre-bedtime fun!
I like to prepare for the day ahead by setting out my bag each evening—it's one less thing to think about in the morning. Shop our chargeable Turner Shopper at #Zappos @liketoknow.it www.liketk.it/2cThm #liketkit #WearITtoWork #WomenWhoWork #ProductivityTip #WorkingMom #MondayMotivation
Saturday Night Fever! 💃🏻
Up Next

According to Axios, Ivanka has put "intense" pressure on her father to stay in the deal. Secretary of State Rex Tillerson, formerly of ExxonMobile, and Defense Secretary James Mattis also reportedly supported the deal as well.

This is not the first time that Ivanka Trump and her husband and fellow Trump administration official, Jared Kushner, have sought to pull the president to the left on climate issues. According to a Wall Street Journal report, the two convinced President Trump to exclude language critical of the Paris deal from an executive order he signed during his first 100 days targeting Obama-era climate change policies.

Conservative figures within in the White House have been reportedly been critical of Ivanka's role, and on social media that criticism took an event strong tone, with conservative users insisting that Trump should ignore his daughter and her husband.

If the numerous reports suggesting Trump has already decided to back out turn out to be turn, it will mean Steve Bannon ultimately won the president over.

Bannon, who served as chief executive of Breitbart News before joining the Trump team, published many articles claiming climate change is a hoax. The outlet published an op-ed in February which directly called for the president to ignore his daughter on the issue.

RELATED: Meet the key members of the Trump administration