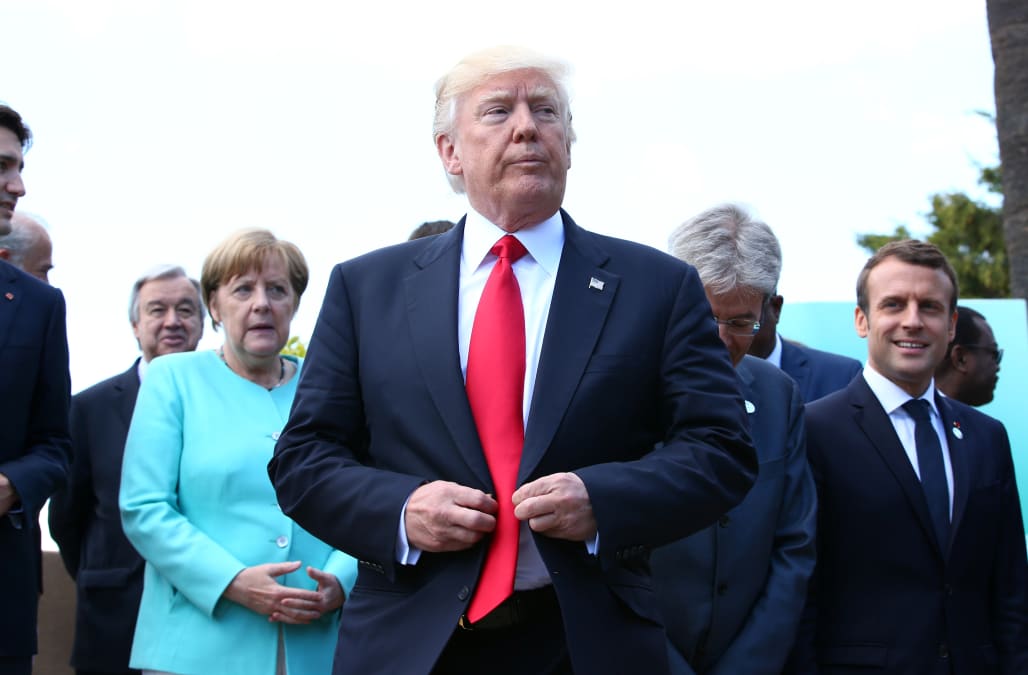 Donald Trump acted like a "drunk tourist" who was "loud and tacky" when meeting with foreign diplomats, according to a new report.

At least that's what a U.S. State Department Official told the Daily Beast following the president's first trip abroad. The unnamed official said other world leaders were frustrated with Trump's "arrogant" stances on climate change, taxes and security and part of that lack of diplomacy led German Chancellor Angela Merkel to declare the end of the U.S. alliance with Europe.

The United States is the only country out of the seven G7 nations that didn't agree to stick with their commitment to implement the 2015 Paris Climate Agreement.

The accord is aimed at slowing global warming. Trump did say he needed more time to decide if the Unites States should abandon the agreement.

The official went on to say Trump shoving the Prime Minister of Montenegro aside to stand at the front of the NATO leaders and the president's unusually tense handshake with France's new president are just examples of Trump stepping on others without him realizing it.

Trump himself said he was pleased with the trip -- tweeting @realDonaldTrump "Just returned from Europe. Trip was a great success for America. Hard work but big results!"