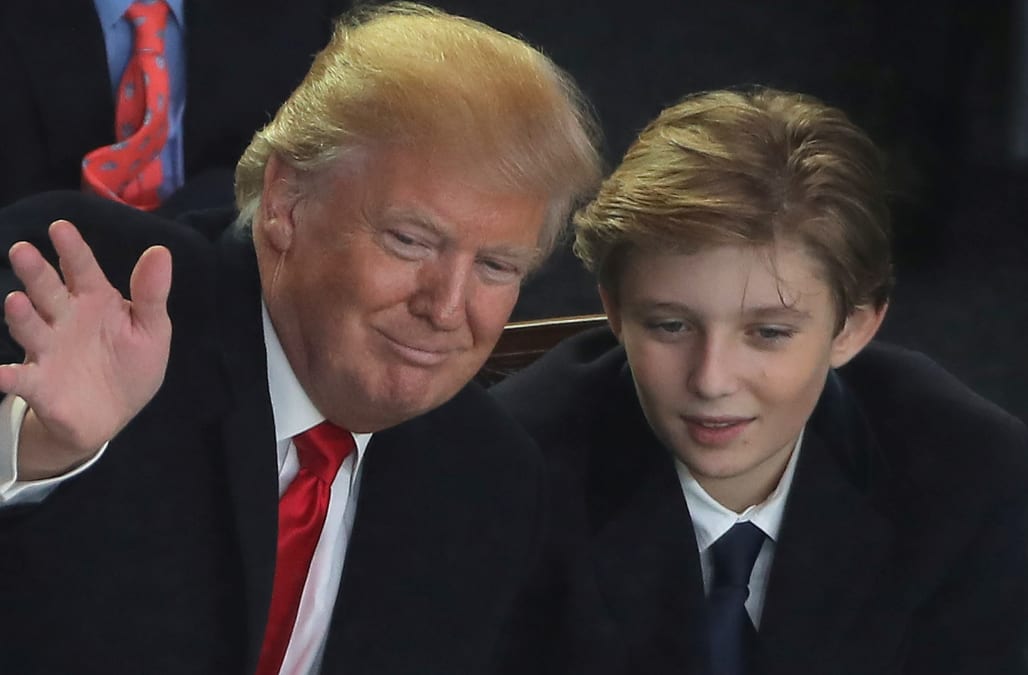 President Trump assailed comedian Kathy Griffin Wednesday on Twitter, blasting the celebrity comic for posing in a video showing her holding what looked a lot like a bloodied, decapitated head of Donald Trump.

"Kathy Griffin should be ashamed of herself. My children, especially my 11 year old son, Barron, are having a hard time with this. Sick!" Trump tweeted around 7:30 a.m.

Kathy Griffin should be ashamed of herself. My children, especially my 11 year old son, Barron, are having a hard time with this. Sick!

According to TMZ, sources close to the Trump family said the photo traumatized Barron Trump -- as he didn't realize it was fake when he first saw it.

The 11-year-old first son was apparently watching television alongside his mother when a photo of Griffin's video appeared on the screen, allegedly panicking and screaming, "Mommy, Mommy!"

"He's 11. He doesn't know who Kathy Griffin is and the head she was holding resembled his dad," the source revealed, saying his initial reaction to the image was that something horrible had happened to his dad.

TMZ first leaked the photo on Tuesday, reporting that the comedian posed for the photo with photographer Tyler Shields. The media outlet also posted footage of the shoot.

Griffin took to Twitter later on Tuesday night to apologize for the image she said was "too disturbing," and that "it wasn't funny."

"I understand how it offends people," she said, adding "I've made a lot of mistakes in my career."