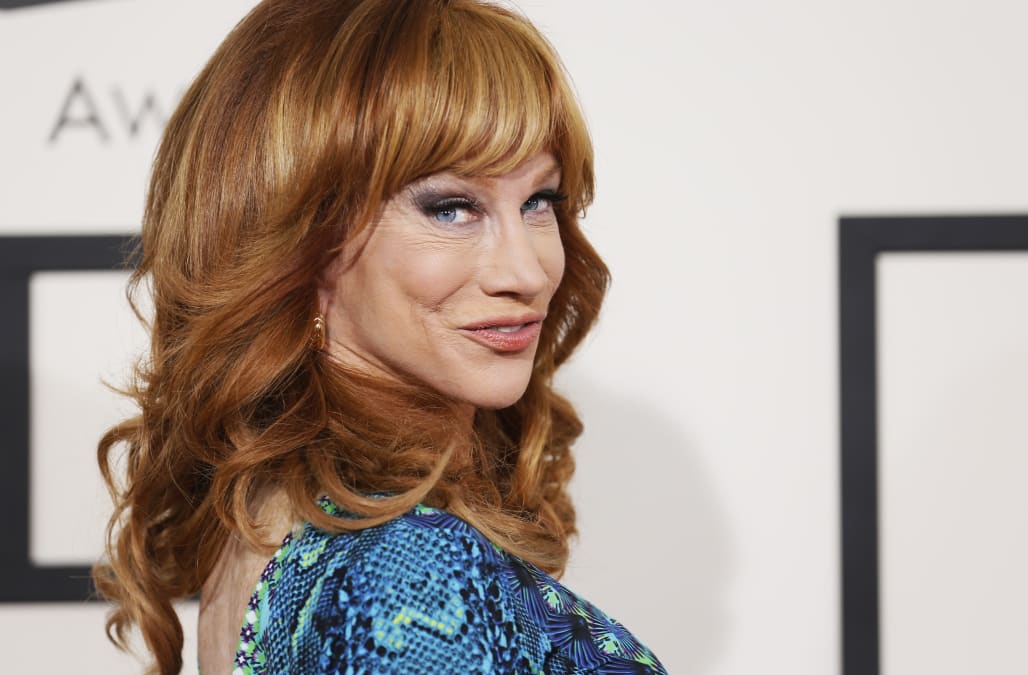 The provocative comedian Kathy Griffin has raised eyebrows again, this time for a photo of her holding a decapitated and bloody head that looks like Donald Trump's.

TMZ leaked the photo, reporting that Griffin posed for the photo with photographer Tyler Shields. The outlet also posted video of the shoot.

The photo quickly became trending online, and Griffin is catching quite a lot of heat on social media.

NOW WATCH: Netflix and Marvel just dropped the first 'The Defenders' trailer — and it looks amazing

SEE ALSO: 'Wonder Woman' is one of the best superhero movies ever made