Psychologists break down the meaning of Donald Trump's handshake 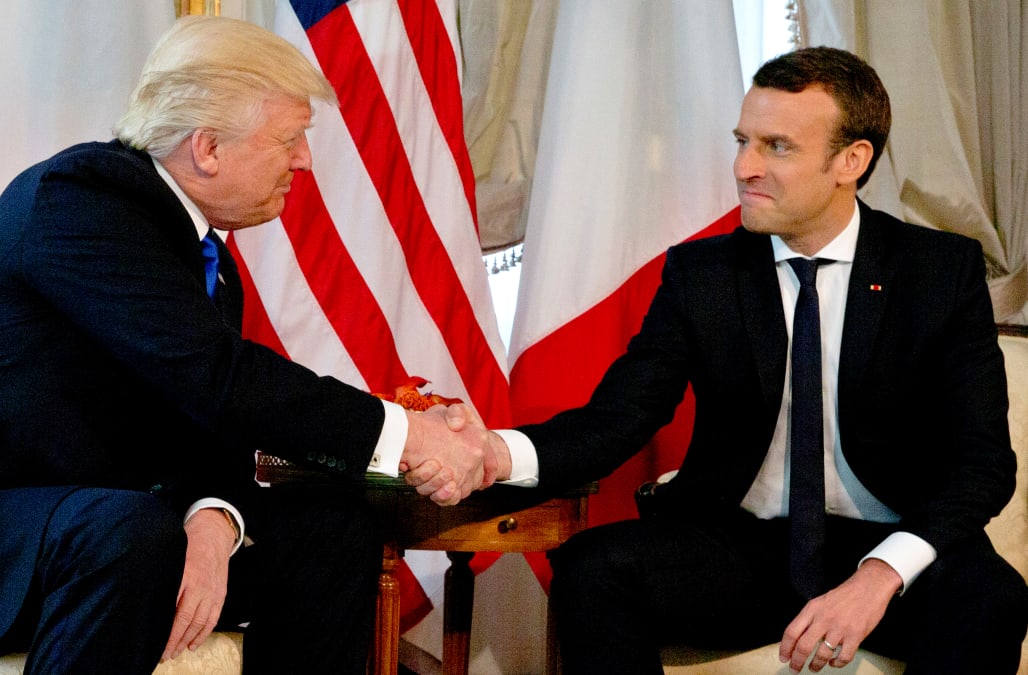 The way the president shakes hands has been in the news as of late, especially those with French President Emmanuel Macron.

Macron said his first shake with Trump was a "moment of truth." Another interaction between the two, this time at the NATO Summit, went viral:

Macron blows off Trump, Trump responds by trying to rip his arm off? This is insane. pic.twitter.com/cPlPg7N72X

Here is a compilation put together in February that exemplifies Trump's "pull" and forceful style of handshake:

"You do it with people very close to you in natural circumstances. Not people you don't really know," Dolcos continued. "In a way it could be seen as a trap." Dolcos suggests this could be Trump's way of asserting dominance, and that he may even practice these handshakes.

Former Trump aid Sam Nunberg thinks that Trump knows what he's doing with these handshakes. "I just think the president is very cognizant of the optics of what it looks like at these multilateral meetings with world leaders," he told Huffington Post, "and I even think [the handshake] is symbolic to the America First theme of his presidency and campaign."

Nunberg believes his handshake is indicative of Trump's famous phrase, too. He told Huffington Post, "If we are talking about his handshake, it is kind of analogous to us talking about him when he takes his finger and says, 'You're fired.' There is nobody who is a better showman and more cognizant of the optics than I've ever worked with than him."

You can read the entire analysis here.