Poll: When thinking of Trump, US voters say 'idiot' is the first word that comes to mind 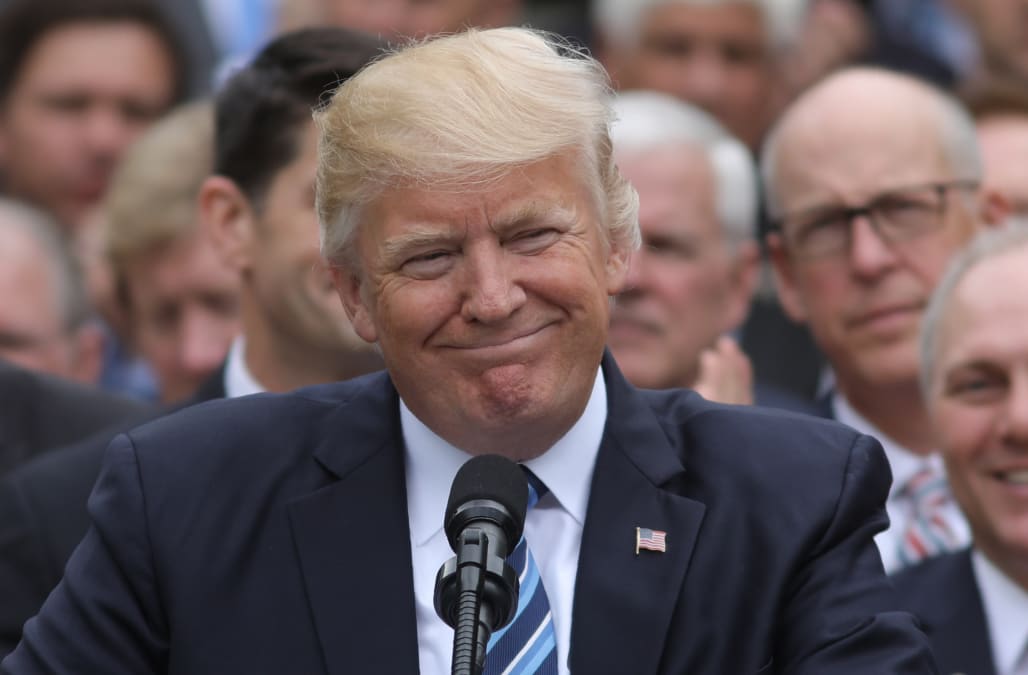 When asked in early 2016 to describe then presidential candidate Hillary Clinton using only one word President Donald Trump said "evil."

More than a year later, "evil" is also among the words Americans say first comes to mind when thinking of the president, according to the latest Quinnipiac University National Poll.

The survey asked participants, "What is the first word that comes to mind when you think of Donald Trump?"

If the president had to describe the results in one word he'd probably say "sad!"

Click through the top 25 words US voters used to describe Trump:

"Idiot" was the most popular response. With the vast majority of words submitted were negative -- including "liar," "unqualified," "a**hole," "stupid," "narcissist," "bigot," "disaster," "crazy," and "buffoon."

Not all the responses were bad for the president. "Strong" made the list and "leader" cracked the top 5 -- but so did "incompetent."