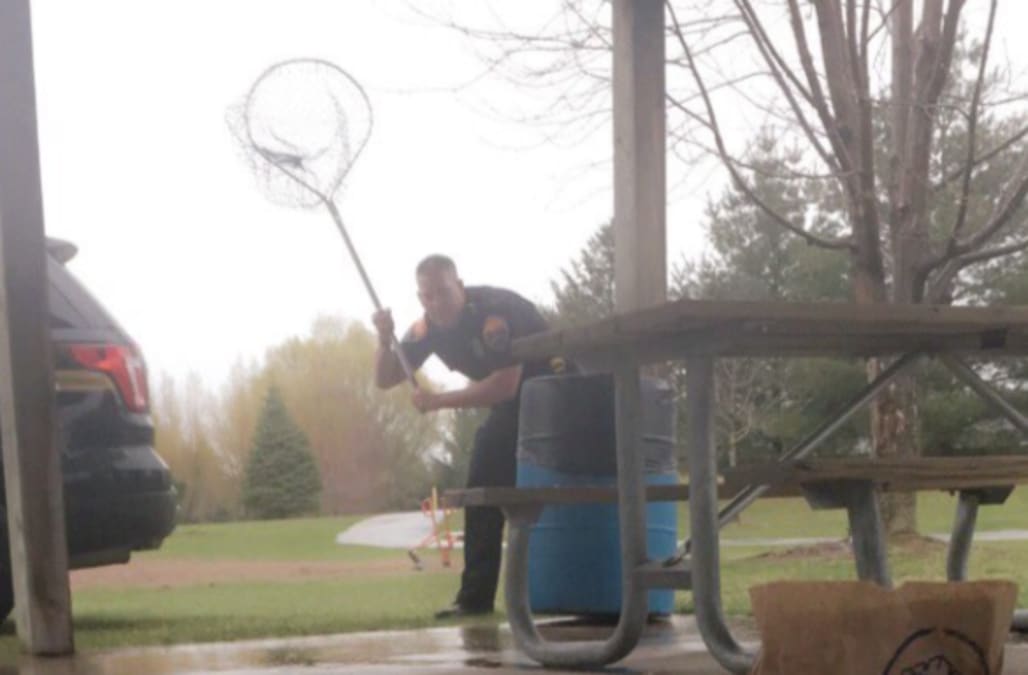 The Wyoming, Minnesota Police Department is getting a lot of attention after sharing an inventive method for catching weed smokers on their high holy day.

The department shared a photo on Twitter of an officer hiding behind a trash can with a large net while keeping a watchful eye on a pile of stoner delights, such as Doritos, Cheetos, White Castle and even the video game "Grand Theft Auto."

"Undercover #420 operations are in place," the department wrote in its cheeky tweet. "Discreet traps have been set up throughout the city today. #Happy420"

Undercover #420 operations are in place. Discreet traps have been set up throughout the city today. #Happy420pic.twitter.com/Jo8mh0Z5lQ

Since it was posted, the photo has received over 97,000 retweets and more than 165,000 likes, as well as heaps and heaps of praise from delighted (and possibly high) social media users.

The department took to Twitter later on to explain that, although it was glad the internet was able to laugh along with the festive joke, there was an important message behind the photo.

All jokes aside, substance abuse is a real issue. We use tongue in cheek humor to bring attention to those issues.

With that being said, if you need help with substance abuse issues please contact us & we'll find resources. That does NOT mean jail time. https://t.co/9LYychixly

More from AOL.com:
Florida man accused of breaking into woman's home to fry chicken
Family finds zoo's missing crocodile, puts it in a bathtub
The 'real' Harry Potter was arrested for marijuana possession