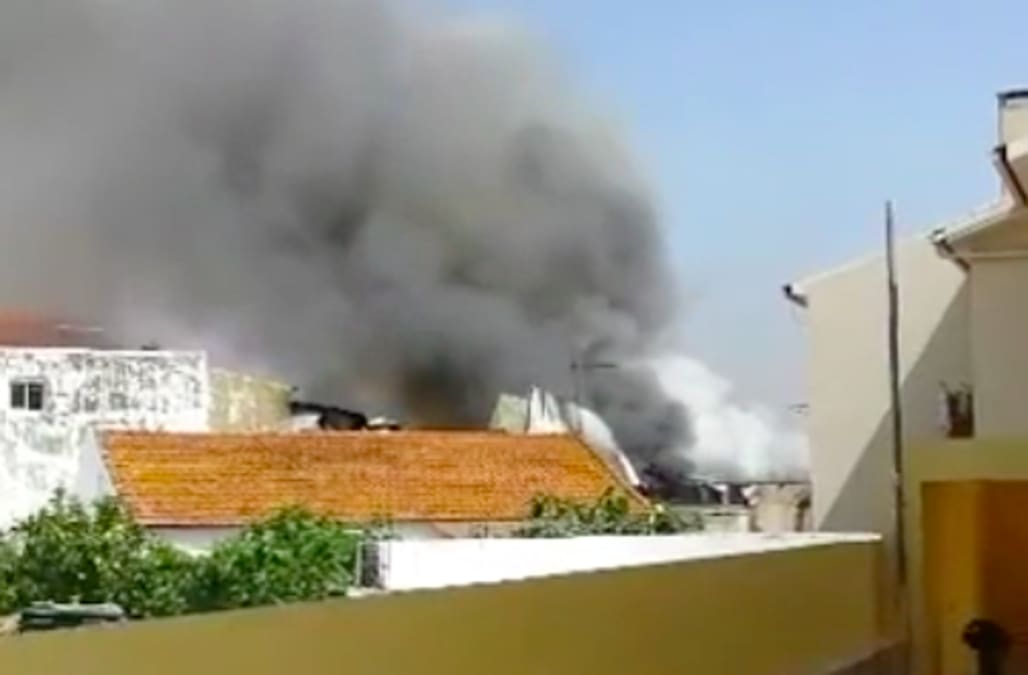 LISBON (Reuters) - A small airplane crashed near a supermarket in a residential area outside Lisbon on Monday, killing five people, rescue workers said.

The private airplane crashed after taking off from the small Tires airport, which is located near the resort town of Cascais about 20 km (12.5 miles) west of Lisbon and used mainly by private aircraft.

Andre Fernandes, a spokesman for the local emergency services, said the plane was headed for Marseilles in France. Everyone on board the plane, three French and one Swiss, died.

Another person on the ground died when the plane crashed into a truck, setting off a fire, Fernandes said. The cause of the accident was not yet known.

President Marcelo Rebelo de Sousa went to the site of the crash. There were more than 50 rescue workers at the site.

More from AOL.com:
Heart attack deaths rise when a large marathon is in town
Tsarnaev denied extremism to FBI, said mystery men came to see him
Sexual abuse at this elite boarding school went on for almost 50 years, report says