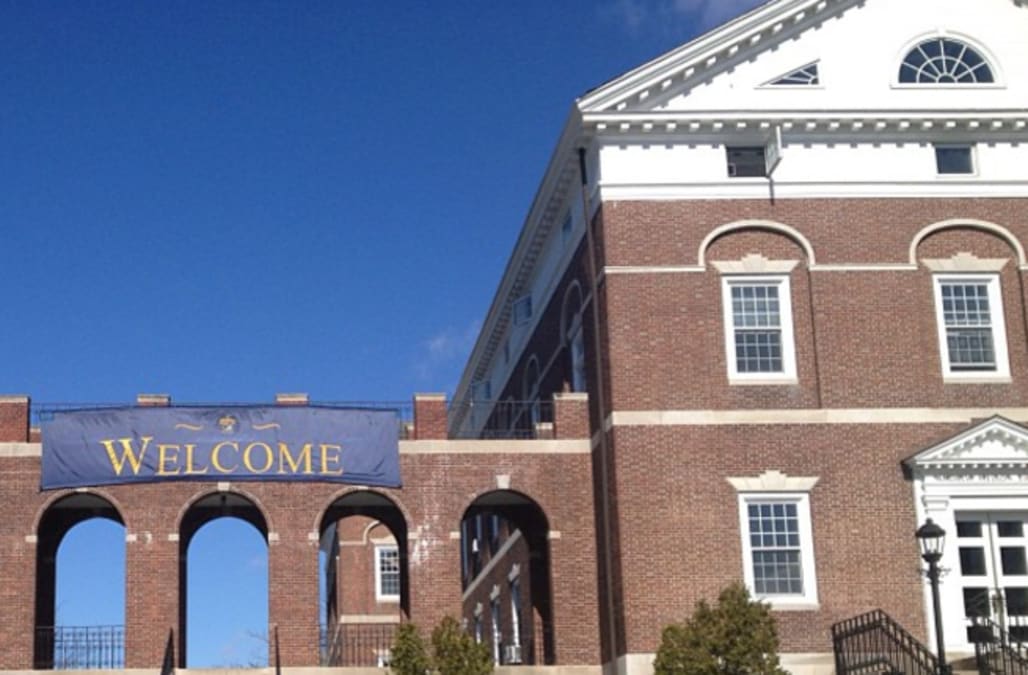 A report written for the school's board of trustees detailed the accounts of abuse and how the administration was inconsistent in how and when it responded to alleged abuse. The earliest report was from the 1960s, and the majority of the reported abuses were in the 1980s, the report noted.

Choate faculty and staff engaged in "intimate kissing, intimate touching and sexual intercourse" with 24 students. Former students said they were flattered by the attention at the time, but later came to realize the authority figures were taking advantage of them.

The Welcome sign is out for our Spring Visit guests! Wonderful to have prospective students and their families on campus today. Welcome everyone! #choaterightnow

The fact that kids are separated from their parents at boarding school means "there are many more opportunities for teachers to do this," Paul Mones, a lawyer who represents sexual abuse victims, told the New York Times.

Other schools including Horace Mann, Poly Prep and St. George's School have been rocked with sexual abuse scandals in the past. A large investigation conducted by the Boston Globe revealed that at least 200 victims claimed they had been abused at 67 private schools in New England.

Cheyenne Montgomery, a former Choate student said she was abused by two teachers at Choate, the New York Times noted. One of her abusers left Choate at the end of the school year and later worked at Kent, another prep school in Connecticut. The abuser retired from Kent in 2013. Several other abusers on the Choate staff went on to work for other schools, the report noted.

A statement from Michael J. Carr, the chairman of the Choate board of trustees, and Alex D. Curtis, the headmaster, read:

While many on Twitter were disgusted by the news, others praised the boarding school for addressing the issue.

Heartbreaking to read about faculty sexual misconduct @goChoate, but proud of my HS for publishing a report and taking some accountability.

More from Mic.com:
Last-minute tax tips: 5 easy ways to save time and money if you're up against the deadline
What is 'The Future of Us' about? 3 things to know about Jay Asher's second novel
Finally, there's a retailer paying attention to jeans for tall women