The Donald Trump subreddit is flipping out over Syria airstrike: 'Trump has betrayed all of us' 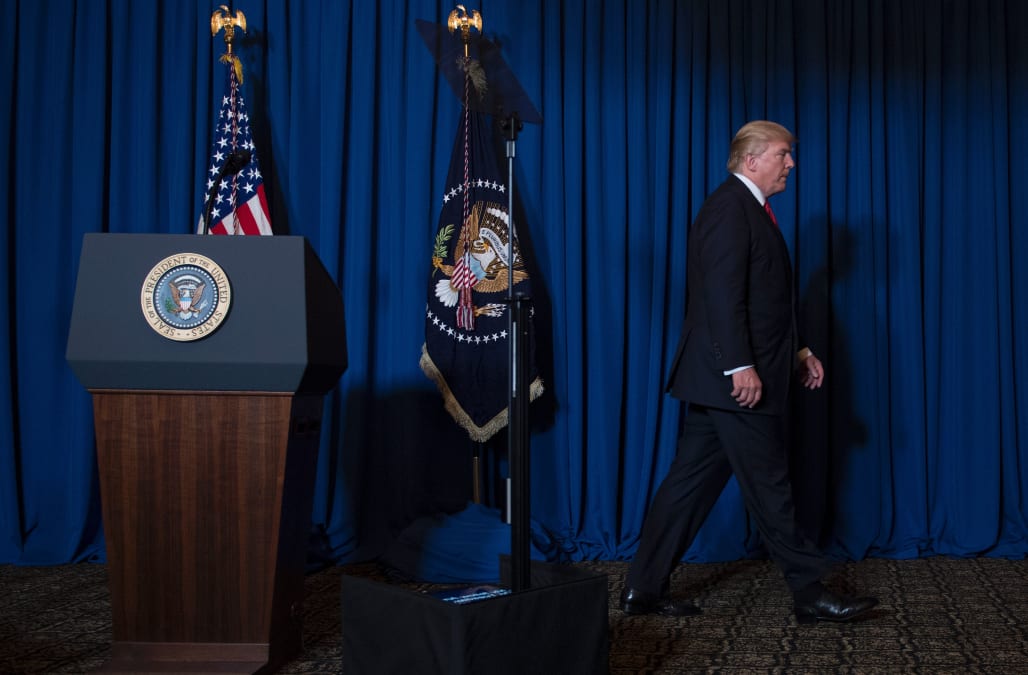 Members of Reddit's controversial r/the_donald community, normally an online safe haven for devout supporters of President Trump, are lashing out against the commander in chief over his decision to fire cruise missiles at a Syrian airbase on Friday.

"I have been with r/the_donald since 2015 so if anyone thinks this is concern trolling can f**** off. I have sided with Trumps every move. But this, this is what I voted against. I am not happy with this," wrote a user called TheGermanest.

Another user called Rossinian asked, "So now every time some dictator kills someone (even when it's true) we have to act as the world police??"

"This isn't what I voted for," Rossinian continued.

Click through the heated reactions to Trump's military strikes in Syria here:

Reddit Trump supporters reacts to Syria missile strike
Up Next

Many negative or critical posts about Trump were quickly removed from the forum. AOL.com took screenshots to preserve early reactions to the news.

A great deal of users on r/the_donald seem "triggered" (as redditor mystir put it) and even betrayed by the president's sudden foreign policy flip. Trump campaigned on a non-interventionist platform, including not engaging militarily in Syria. In 2013, Trump urged then President Obama, "do not attack Syria. There is no upside and tremendous downside."

Trump's ordering of a targeted military strike on an airfield in Syria represents a major shift in foreign policy, a shift that blindsided some supporters.

Multiple users say Trump's reversal on Syria goes against why they voted for the billionaire businessman in the first place. "This was my absolute number one reason. It was all about foreign policy. F***."

"This is one of the chief reasons I voted against Clinton. F****** hell," said another poster.

One user called for moderators of the forum, those with power to remove comments and ban users, not to ban those who disagree with the president's latest move. "THIS IS A PLACE FOR OPEN DISCUSSION, NOT CENSORSHIP!"

"HILLARY SAID IT WOULD BE A GOOD IDEA HOURS BEFORE," pointed out another poster.

But some are are still willing to put their faith in the president, with one saying that while they "need more information" they are still "trusting Mattis and Trump."