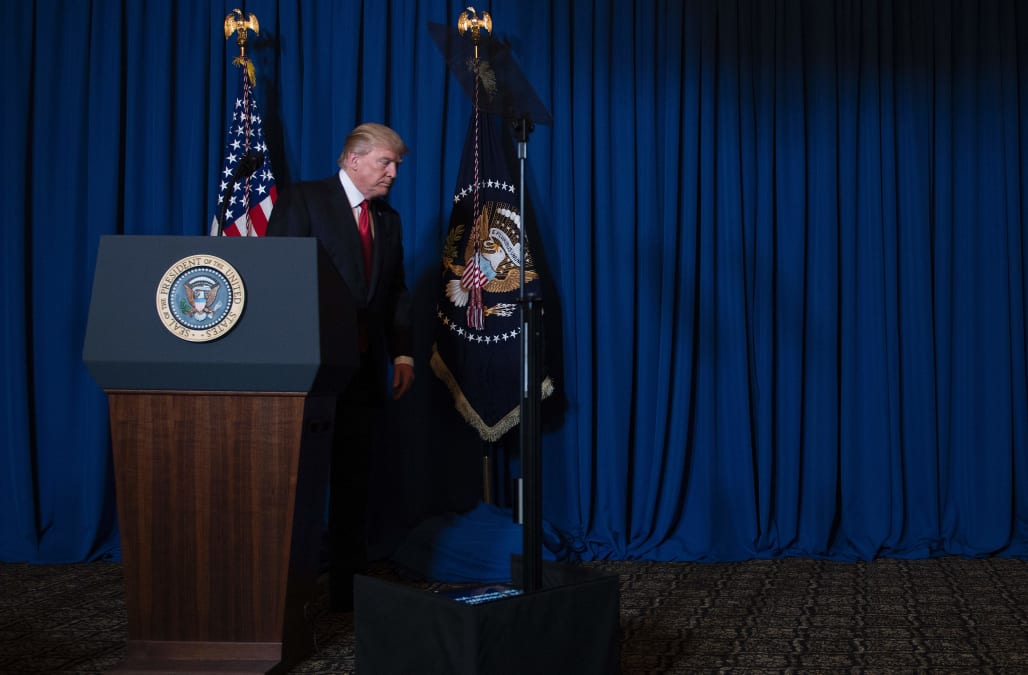 In the wake of the United States' firing cruise missiles at a Syrian airbase, comments from President Trump's past that conflict with Friday's military action are making the rounds online.

Ann Coulter, Trump supporter and author of the book "In Trump We Trust," shared a Trump tweet from 2012 criticizing then President Obama over potentially carrying out airstrikes in Syria in an attempt to boost his low approval numbers.

"Now that Obama's poll numbers are in tailspin – watch for him to launch a strike in Libya or Iran. He is desperate," tweeted Trump in 2012.

Click through criticism and praise after Trump' Syria missile strike:

Trump's numbers have been historically low since taking office, and according to the latest Quinnipiac poll he currently sits at a 35 percent job approval rating.

Now that Obama’s poll numbers are in tailspin – watch for him to launch a strike in Libya or Iran. He is desperate.

Coulter later slammed the president for flipping on his previous anti-intervention stance regarding Syria and President Bashar al-Assad saying, "He told us he would be the president of America, not "the world."

Trump has also been called out for not seeking Congressional approval to carry out the Syrian airstrike.

"The President needs Congressional authorization for military action as required by the Constitution," tweeted Senator, and Trump golfing buddy, Rand Paul on Thursday.

The President must get Congressional approval before attacking Syria-big mistake if he does not!

"I think it's unconstitutional," Paul said in an interview with FOX Business.

The president himself agreed with Paul and others back in 2013 when he tweeted, "The President must get Congressional approval before attacking Syria-big mistake if he does not!"

Trump also urged President Obama in 2013 "do not attack Syria," saying there is "no upside and tremendous downside."

President Obama, do not attack Syria. There is no upside and tremendous downside. Save your "powder" for another (and more important) day!