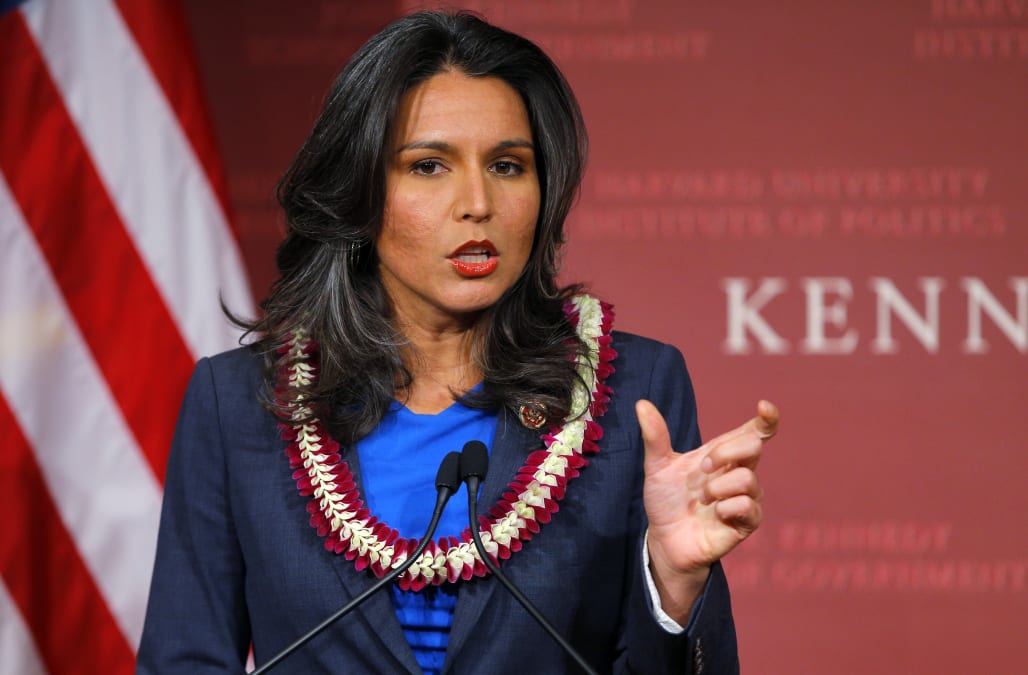 As Capitol Hill lawmakers sound off on Trump's missile strike against Syrian airfields late on Thursday, bipartisan criticism of the president's military move has emerged from Democrats and Republicans alike.

Democratic Rep. Tulsi Gabbard of Hawaii slammed President Trump on Thursday night for his decision to launch 59 Tomahawk missiles on Shayrat airfield, saying the move -- which is believed to have left six dead -- makes it "much harder" to prosecute Syrian President Bashar al-Assad for chemical weapons use on his own civilians.

"This escalation is short-sighted and will lead to more dead civilians, more refugees, the strengthening of al-Qaeda and other terrorists, and a possible nuclear war between the United States and Russia," Gabbard said in a statement. "This Administration has acted recklessly without care or consideration of the dire consequences of the United States' attack on Syria without waiting for the collection of evidence from the scene of the chemical poisoning."

Gabbard sits on the Armed Services and Foreign Affairs Committees, and received criticism earlier this year when she took a secret "fact-finding trip" to the Syrian city of Damascus.

While we all condemn the atrocities in Syria, the United States was not attacked.

The President needs Congressional authorization for military action as required by the Constitution.

Our prior interventions in this region have done nothing to make us safer and Syria will be no different.

Other Republicans were supportive of the move, though, including Sen. Marco Rubio of Florida -- who applauded the "bravery and skill" of the Armed Forces who conducted the mission.

"President Trump has made it clear to Assad and those who empower him that the days of committing war crimes with impunity are over," Rubio said in a statement. "What must follow is a real and comprehensive strategy to ensure that Assad is no longer a threat to his people and to U.S. security, and that Russia no longer has free reign to support his regime."

WATCH: Pentagon releases footage of US airstrike on Syria

Democratic House minority leader Nancy Pelosi showed slight support for the Thursday night missile launch, calling it a "proportional response to the regime's use of chemical weapons," but then added the humanitarian crisis in Syria will "not be resolved by one night of airstrikes."

"If the President intends to escalate the U.S. military's involvement in Syria, he must come to Congress for an Authorization for Use of Military Force which is tailored to meet the threat and prevent another open-ended war in the Middle East," Pelosi added in her statement.