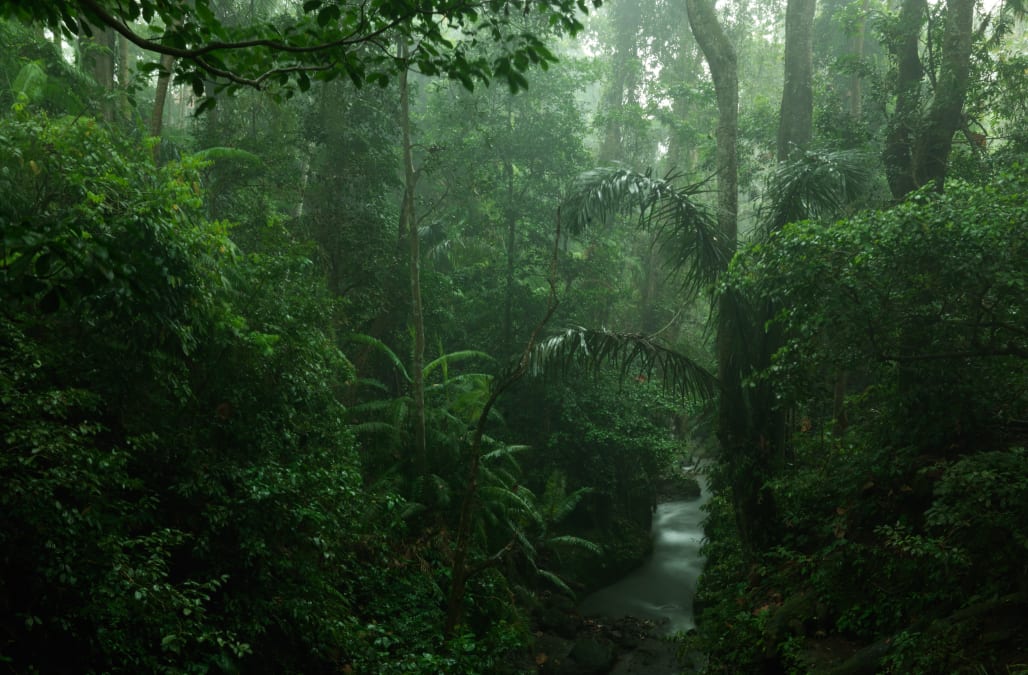 Local authorities in northern India rescued a girl after she was living "comfortably" with monkeys in the jungle for years.

Woodcutters alerted police after first spotting the young girl running with monkeys in a remote nature preserve about eight weeks ago, reports say.

"They said the girl was naked and was very comfortable in the company of monkeys. When they tried to rescue the girl, they were chased away by the monkeys," police officer Dinesh Tripathi told AP Thursday.

RELATED: Check out photos of some pretty mischievous monkeys

And Tripathi says rescuing the girl was not an easy task for the officer.

"When he called the girl, the monkeys attacked him but he was able to rescue the girl," Tripathi said. "He sped away with her in his police car while the monkeys gave chase.

Immediately after, she was rushed to a hospital in New Delhi, where doctors say she had begun to shed feral traits she acquired from her primal pals and was "becoming human."

Believed to be around age 10, reports say the young girl was naked and unable to speak when police found her in January.

Once she was placed into hospital care, she was said to be running on her arms and legs like an animal and eating off of the floor, D.K. Singh, chief medical superintendent of the government-run hospital told AP.

SEE ALSO: Diver impales a bull shark with a spear gun as it charges to attack him

Now, he says, she has started to walk upright like a human and eats with her hands.

"She is still not able to speak, but understands whatever you tell her and even smiles," said Singh.

Singh says police are still trying to find who the girl's parents are and how she got into the reserve.

But until she is identified, Singh says, the girl will reside in a juvenile home.