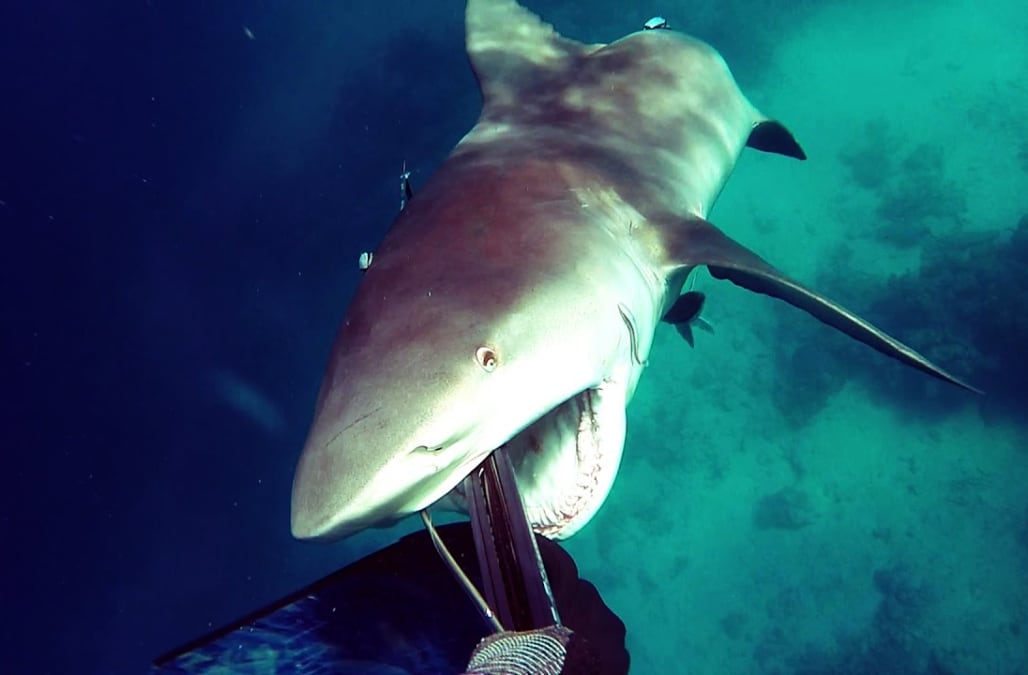 Spear fisherman Danny Henricks is fortunate enough to have survived the type of underwater experience that proves just how dangerous sea creatures can be -- and he even caught it all on video.

Henricks, 35, was fishing off the coast of Australia when a bull shark charged at him at full speed, only to impale himself on Danny's spear gun.

The hair-raising clip has been video more than three million times (and counting) since Henricks uploaded it last month.

The diver was spending his holiday diving off the coast of north Queensland when he suddenly saw the fierce beast emerge from the depths.

"I was going to go for a deep dive, got halfway down... I seen him [the shark] on edge of the channel deep down," Henricks told a news outlet.

RELATED: Check out all the different kinds of sharks

"He didn't worry me at all, he didn't care about me, then he saw me, turned and came towards me half-pace... I sort of stopped in the middle of the water," he said.

"I lunged forward with the gun a little bit just before he got there but most of it was his force," he said.

Henricks, an experienced diver and fisherman, said he was shocked by the incident.

"I don't think it's really sunk in yet because I don't really understand what's happened," he said in an interview last month. "Some people would say not being there in the first place, which I think I have a right to be there."

Though the incident knocked his confidence slightly, Henricks says that he will continue to spearfish.

He plans to take a dive buddy from now on.