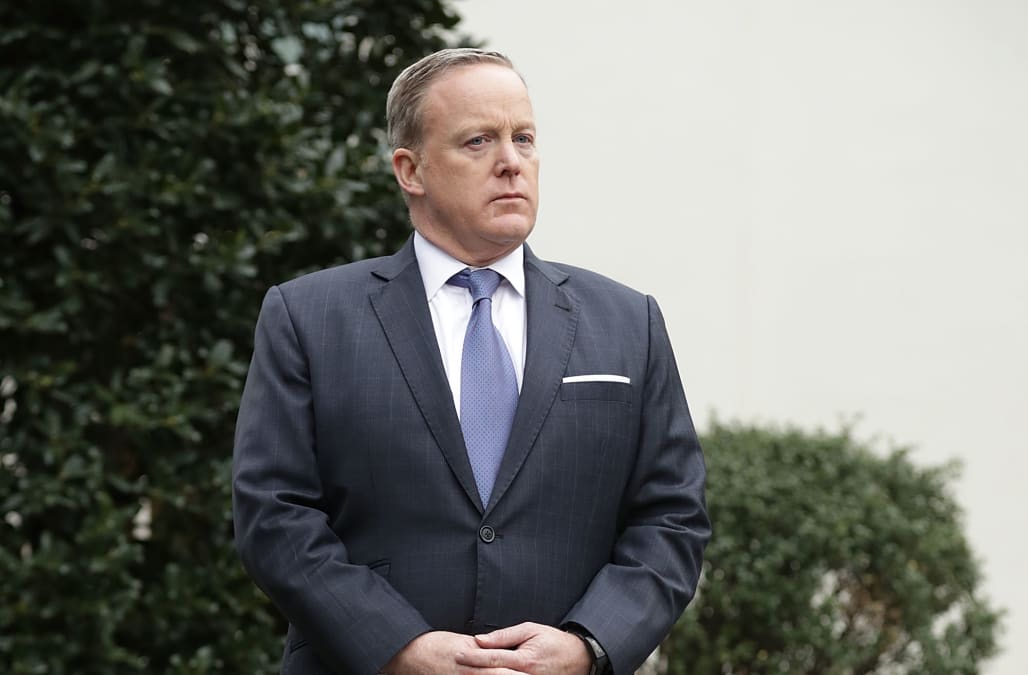 Twitter erupted on Monday when an image of Sean Spicer standing in front of the White House wearing two different colored shoes emerged.

Sean Spicer can't match his shoes and he works for the president but I need 10 years experience and 1,583 references for an entry level job🤔 pic.twitter.com/r3XvKU11ok

After the White House press secretary wore an upside down flag pin to a press conference last week, social media users began worrying about him. An upside down American flag is used to call for help in situations of dire distress.

Though it seems like that incident was simply a mistake, Twitter users have been vigilantly looking at Spicer's outfits, searching for clues about his current state.

Can anyone explain what is going on with Sean Spicer's shoes in this picture from @nytimes? pic.twitter.com/BGr3jE8JZk

Though some thought Spicer was wearing mismatched shoes and signaling that he was distressed, it was later revealed that the press secretary was merely wearing a foot brace. 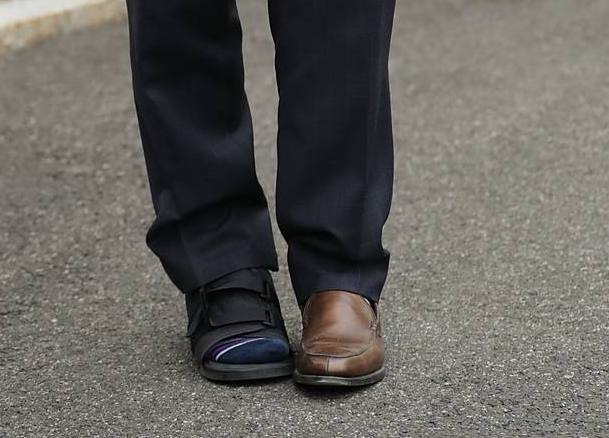 The White House has not released an official statement about what happened to Spicer's foot, but the internet has some theories:

Sean Spicer wears two different shoes
did sean spicer lose one of his shoes and if so where and also how and why
Is Spicer wearing mismatched shoes? Clearly this is another cry for help. https://t.co/VaizmQeh7o
Can we all pause and discuss Spicer's shoes in this photograph? Is he trying to signal his distress?… https://t.co/8GE9nPH19V
Sean Spicer. Broken foot. Left out. Uninsured?? https://t.co/Bz33S2y2gY
Sean Spicer trying to hide an injured foot in a walking boot with his dress shoe is pretty much what he does at eve… https://t.co/0OEAZwH63U
When crazed, 35 pieces of Orbit gum eaten daily, Sean Spicer shows up today with a bum foot...what happened? Outlan… https://t.co/fkvbQGLVcW
@StevenReyCristo caught the microwave spying on them But the coffee pot got the drop in him...sad.
The media should apologise to spicer for that fake story about his footwear. Or at least report his injured foot not his incompetence
who broke spicer's foot? https://t.co/Fh6ANOANOn
Up Next

More from AOL.com:
Sean Spicer says Trump is 'extremely confident' that DOJ will find evidence of wiretapping
Sean Spicer confronted at Apple store: 'How does it feel to work for a fascist?'
Sean Spicer: Americans can trust President Trump 'if he's not joking'