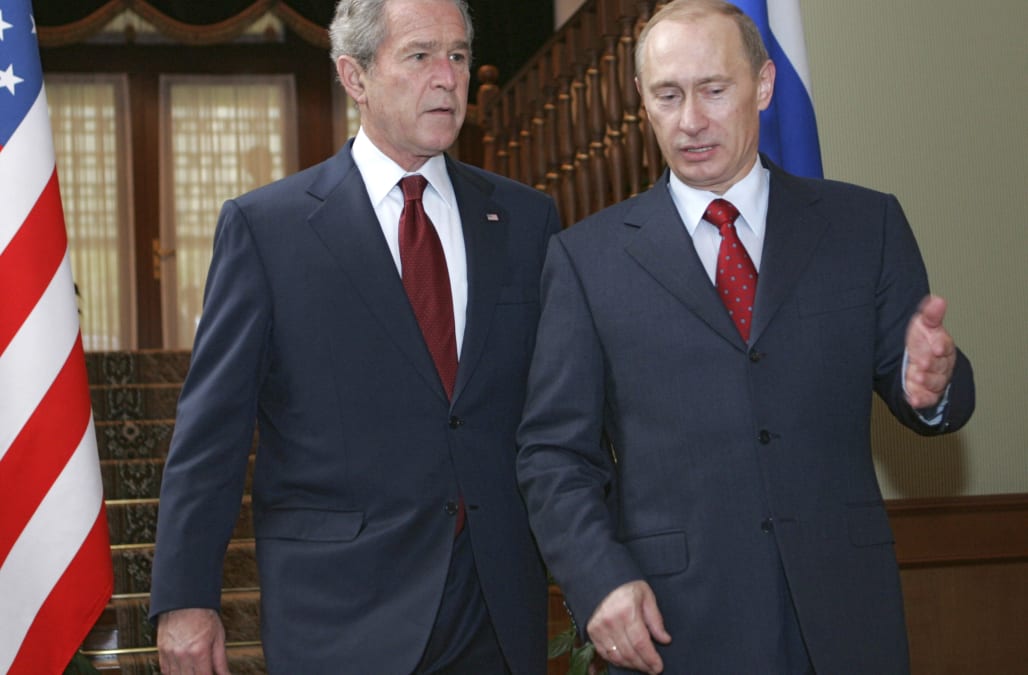 During an appearance on Ellen DeGeneres' television show this week, the former U.S. president told the comedian that when he introduced his Scottish terrier to Putin, the Russian leader looked at the pet and shrugged.

According to Bush, "He kind of dissed him."

"A year later, Putin says, 'Would you like to meet my dog?' Laura and I were with Putin at his dacha outside of Moscow. I said, 'Yeah, I'd like to meet him.' And out comes a giant hound kind of loping across the birch-lined yard, and Putin looks at me and says, 'Bigger, stronger, and faster than Barney.'"

After telling the story, Bush told DeGeneres, "It speaks volumes when you listen to what somebody says ...So in other words, he's got a chip on his shoulder."

He then described his relationship with Putin as "contentious."

During a CNN interview in 2014, Bush had said that when he first took office, he initially trusted Putin but after the price of oil rose, the Russian president seemed to care more about winning than working together.

Bush also reiterated his support for a free press when DeGeneres asked him about what she described as an outright "war" against the media.

SEE ALSO: Trump says it's "so pathetic" his Cabinet hasn't been approved

"Here is what I believed when I was president, post-president: The nation needs a free and independent press," Bush said in response. "And the reason why is, is that power can be very corrupting and we need a press corp to hold politicians to account, including me. And ya, I didn't like it sometimes when people said things about me, but that's the job."