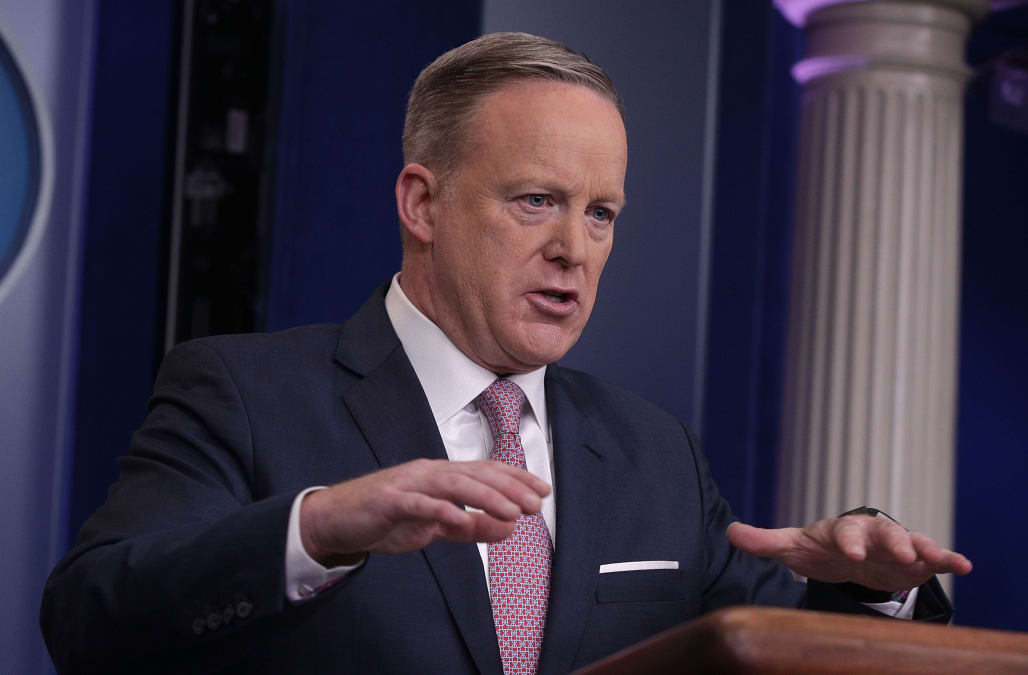 If that cryptic battle has you at all curious about what sweets Spicer does enjoy, then you're in luck, as this August 2016 interview with The Washington Post revealed one of the press secretary's favorite treats: Cinnamon Orbit gum.

In fact, he enjoys it so much, he chews and swallows at least 35 pieces of it ... every day.

Even when he is not speaking, it (his mouth) works on overdrive, churning through pieces of Orbit cinnamon gum, which he chews and swallows whole. Notwithstanding his line of work, the man just can't stand a gross-feeling mouth.

"Two and a half packs by noon," said Spicer. "I talked to my doctor about it, he said it's no problem."

Talk about spicy -- our mouths are burning just thinking about it.

More from AOL.com:
Sean Spicer's Twitter account has some hidden gems
Scientists compile extensive list of animals who can fart
Target's assortment of Valentine's Day candy will make anyone excited for the holiday