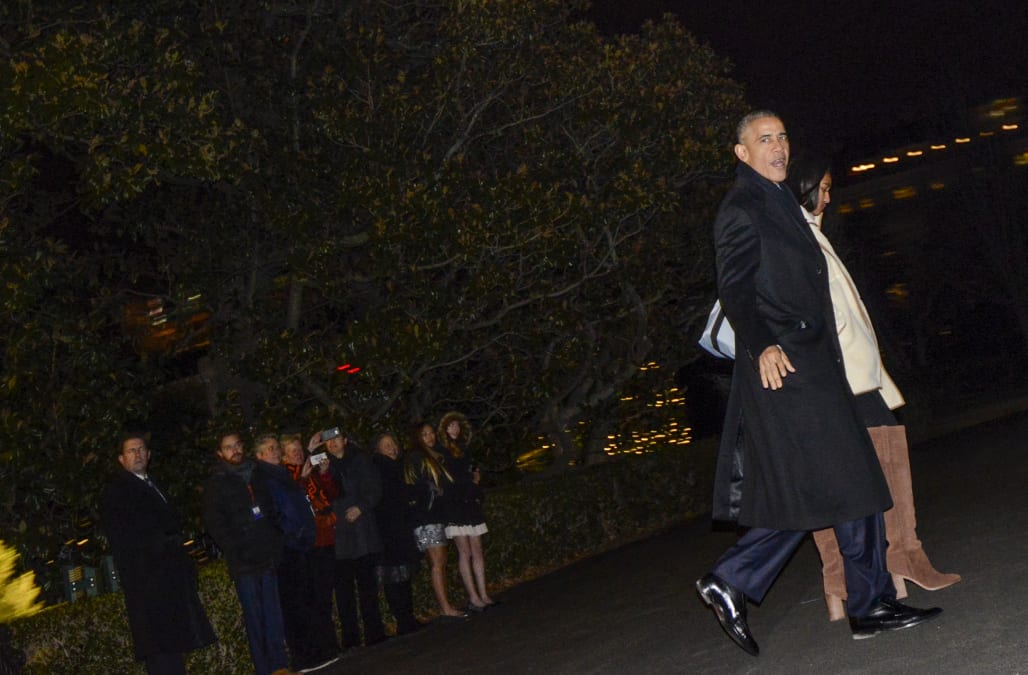 Some of the biggest cheers during President Barack Obama's final farewell speech to the nation came during his heartfelt tribute to his wife and daughters -- but one of his two daughters was conspicuously absent when the president gave his noteworthy address.

Sasha Obama was nowhere to be seen during the speech. When cameras cut to first lady Michelle Obama and Malia -- who cried while the president lavished praised upon his wife -- Vice President Joe Biden and his wife Jill Biden and Michelle Obama's mother Marian Robinson were all seated together, but the 15-year-old Sasha was not in the row.

Some users insinuated that Michelle Obama was too strict of a parent to allow her high school daughter out on a school night. Others joked that, like a typical teenager, she was too busy to make the final speech.

See some of the wildest -- and most hilarious -- reactions to Sasha's absence:

One tweet suggesting that she "had a report" to finish briefly lit up on social media.

But Greer soon updated to note that he was not a reporter and the tweet was a "joke."

Others suggested Sasha was the "designated survivor" of the Obama family, a reference to the tradition of keeping one member of the White House administration safe and separate in case of an attack on a public event. The practice never applies to family, who have no role in the presidential line of succession.

It remained unclear as of Tuesday night where Sasha was during the speech. She was last photographed in public in early January while returning from the family vacation in Hawaii.

RELATED: See the first daughters through the years