The 10 most affordable travel destinations in January 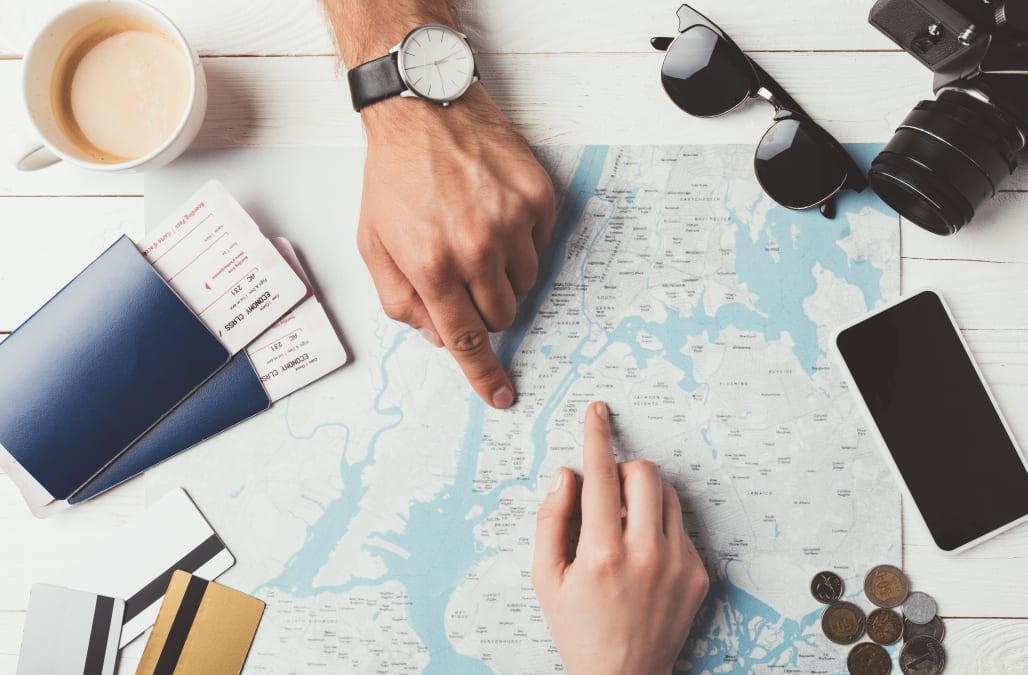 At the start of a new year, many consumers find themselves pinching pennies and tightening their budgets due to holiday spending. This still holds true as American shoppers outdid themselves in 2018. According to expert predictions, holiday sales are set to surpass $1 trillion for the first time ever -- and many retailers also reported record-breaking sales.

With all of the spending, it doesn't seem like many travel lovers have vacationing at the top of mind, but you may be surprised to learn that there are a few destinations that are less expensive to visit in January.

While January may seem like an unexpected month to vacation, leisure travel destinations such as financial hub cities, European getaways and Asian hot spots are cheaper than ever. And if the cheap airfare isn't a big enough selling point, many of these locations have smaller crowds and better accommodation packages during this time, too.

Take a look at the most affordable domestic and international destinations, according to Travelzoo senior editor Gabe Saglie:

Flights as affordable as $56

"Atlanta will see some of its coolest temps of the year in January, softening leisure travel demand, bringing pricing on things like flights and hotels down - and don’t forget this year’s Super Bowl destination!"

Flights as affordable as $59

"Interestingly, Palm Springs weather in January cools but remains pleasant enough to make Palm Springs a desirable leisure destination. An increase in flight options into PSP have brought prices into this small, regional airport down, making it an especially attractive snowbird destination."

Fights as affordable as $67

"The onset of winter and the post-holiday lull in business travel to a cooler destination like Boston means lower flight prices, like lower hotel prices, will exist."

Flights as affordable as $110

"Southern Florida becomes a desirable destination for snowbirds out of New York, feeding competition among airlines that service cities like Miami. Play between 3 airports – MIA, FLL and PBI  – adds to the potential for cheaper flights."

Flights as affordable as $53

"January sees kids back in school, so family travel to Orlando slows, helping to create value opportunities around flights into MCO."

Flights as affordable as $156

Business travel slowly begins to pick up after the holiday lull into Toronto and combined with slower leisure traffic due to the cooler January temps, there is flight values into YYZ.

Flights as affordable as $167

"Cancun remains a desirable winter destination during winter’s cooler months, but it’ll see a post-Christmas/NYE rebound during the later winter weeks and months. The holiday bump in travel to Cancun slows in January which, with consistent flight competition, leads to airfare sales."

Flights as affordable as $327

Winter in China means prices out of the US will remain competitive, especially in January, when post-holiday international travel slows down. Travelers will see flight deals and, more prevalently, sales on air-inclusive packages, especially out of the West Coast.

Flights as affordable as $233

Plenty of flight options to Montego Bay out of a large East Coast cities like DC will lead to airfare sales, even during January, when DC weather chills and Jamaica weather remains in the 70s and 80s on average. Snowbirds will kick up demand as winter worsens in February and March, making January a potential bargain opportunity.

Flights as affordable as $294

"After the holidays, January falls smack in the middle of the slowest months for tourism in Paris, creating incentives for international carriers to provide lower fares. Flight and air-inclusive vacation packages will go on sale, making a legacy European city like Paris a potential bargain."

More from Aol.com:
The No. 1 thing you should do to boost your net worth
Here's how the new US tax brackets for 2019 affect every American taxpayer
After 3 years of price increases, gas is getting cheaper in 2019