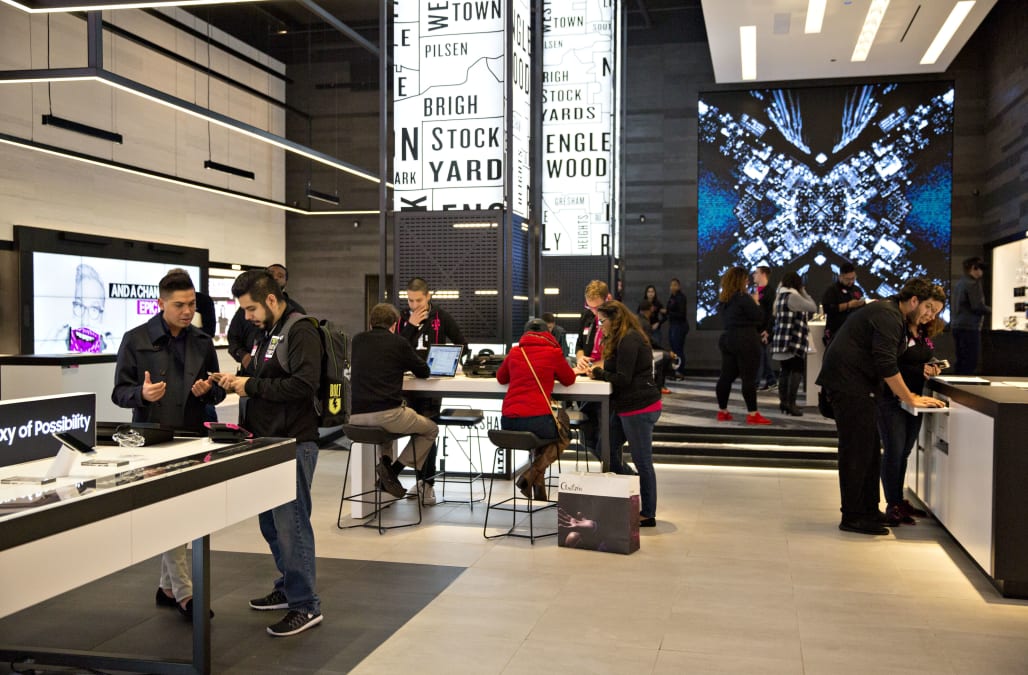 T-Mobile US Inc. is poised for a good day on Wall Street Thursday. The company's stock is up 4 percent in pre-market trading after T-Mobile reported second-quarter earnings, revenue and net additions that easily topped Wall Street's expectations.

On Wednesday afternoon, T-Mobile reported earnings of 67 cents per share on revenue of $10.21 billion. Both numbers came in well ahead of consensus analyst expectations of 38 cents and $9.81 billion, respectively.

But perhaps the most bullish number for the quarter for investors was T-Mobile's 1.33 million net customer additions. T-Mobile's second quarter net adds blew away consensus estimates of 807,000 and kept alive the company's streak of 17 consecutive quarters of at least 1 million net adds.

EPS was up 168 percent from the same quarter a year ago, and service revenue was up 8 percent to a record $7.4 billion.

"We just delivered a quarter with record service revenue, record-low churn, strong net income and record adjusted EBITDA – all while leading the industry in postpaid phone growth," CEO John Legere says. "On top of that, our network just keeps getting better and faster while the duopoly's networks seem to be choking after we forced them to go unlimited."

Looking ahead, T-Mobile raised several key full-year guidance estimates as well. The company now expects branded postpaid net subscriber additions of between 3 and 3.6 million, up from a previous range of 2.8 to 3.5 million. In addition, the company raised the high and low ends of its adjusted EBITDA guidance by $100 million to a new range of between $10.5 billion and $10.9 billion.

T-Mobile has taken advantage of its marketing edge over larger competitors, and Drexel Hamilton analyst Barry Sine recently said that the company has a major opportunity to flex its marketing muscle in the second half of 2017.

[Read: How to Invest in the Evolving Telecom Sector.]

"This fall, the new iPhone is expected to be dramatically different," Sine wrote last month. "And we think T-Mobile will offer some type of new, innovative marketing campaign to woo new subscribers."

T-Mobile stock is now up 98 percent in the past three years, while rivals AT&T and Verizon Communications generated negative overall returns in that time.

RELATED: These 6 retailers are actually thriving

More on AOL.com:
T-Mobile is opening stores at a breakneck pace
US stocks haven't been this unpopular since the financial crisis
The stock market just did something not seen in 24 years