T-Mobile is opening stores at a breakneck pace 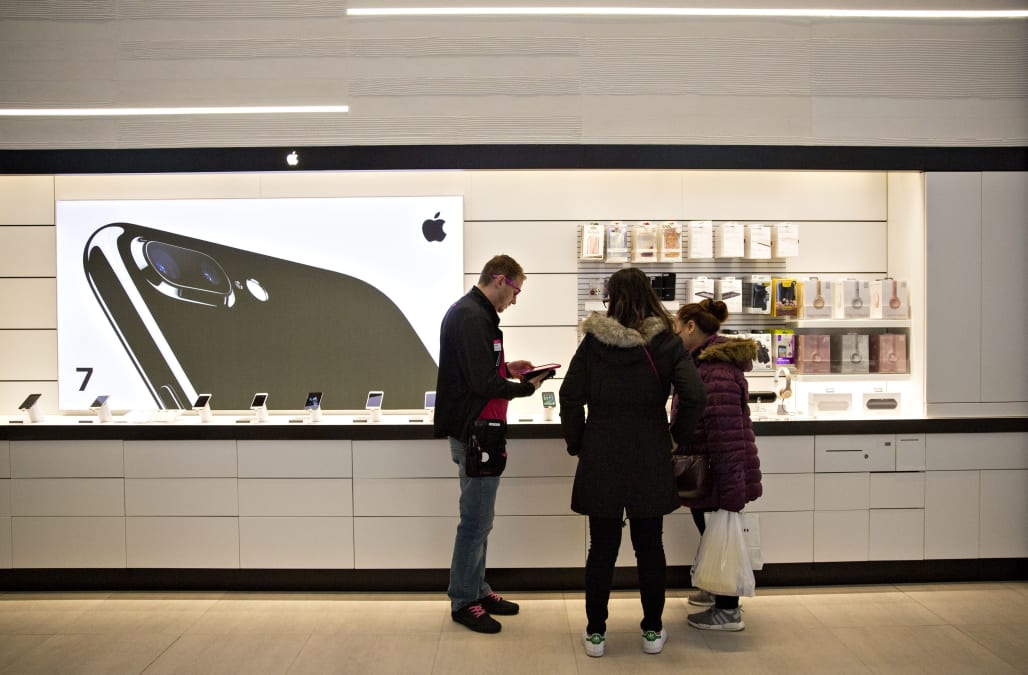 At the beginning of the year, T-Mobile(NASDAQ: TMUS) said it planned to open 1,000 new T-Mobile stores, expanding its retail footprint to catch up with its network expansion. After the first quarter, T-Mobile had to update its outlook to 1,500 T-Mobile stores. T-Mobile's VP of Sales Jon Freier tweeted this week the company has opened 1,000 stores already this year, surpassing its original goal.

The footprint expansion represents a huge opportunity for T-Mobile. While the company has been able to continue stealing away customers from Verizon Communications(NYSE: VZ) and AT&T(NYSE: T), expanding its footprint outside of major metro areas presents additional upside for the wireless carrier.

T-Mobile expects its new stores to cover 30 million to 40 million new people. What's more, the competition in the areas where T-Mobile is opening new stores is much less intense than the metro areas it currently operates, giving T-Mobile a good opportunity to take market share.

T-Mobile already has strong brand recognition in these markets thanks to its national advertising campaigns, so it should be able to quickly capture market share. CFO Braxton Carter said a market share in the teens is achievable within a five-year time frame. That could mean an additional 5 million customers or so over the next five years just from the stores it's opening this year.

That growth will be in addition to the customers T-Mobile is still bringing in from the two-thirds of the country it covered with its retail stores in 2016. That growth is still going strong, with T-Mobile adding 1.3 million customers in the first quarter between T-Mobile and MetroPCS. That's four straight years of adding over 1 million customers every quarter.

RELATED: The evolution of cell phones and smartphones

Expanding its retail footprint also gives T-Mobile room to increase its pricing as it's now competing for a larger market. The company recently increased the price of its ONE Plus plan, putting it roughly in line with Verizon's unlimited plan. That could be just the start of price increases at T-Mobile as it starts to focus on cash flow.

But T-Mobile just set a record low postpaid churn rate in its first quarter. Combined with the new greenfield markets its retail operations are expanding into, it can afford to see its net additions in existing markets wane a bit. Importantly, existing customers can keep their current pricing for as long as they keep their current plans. That should help keep churn rate low.

So, not only do T-Mobile's new store openings support customer growth, they support average revenue per user growth for the carrier.

Do Verizon and AT&T need to worry?

With the broadest retail footprints in the country, AT&T and Verizon are going to be the biggest losers as T-Mobile enters new markets. Both companies have been bleeding subscribers to T-Mobile for years now.

AT&T is relying on bundle economics to keep customers from leaving. It's offering all unlimited plan customers $25 off a DIRECTV package, and Unlimited Plus customers also get free HBO on any AT&T video service.

Verizon is relying on the strength of its brand and its network, which still regularly ranks atop the four national carriers in independent studies. Verizon may also launch a nationwide video streaming service later this year that it could bundle.

But consumers are cutting the cord more than ever, so it's not clear how much a bundle will help. That said, Verizon is better positioned than AT&T to hold onto its customers as T-Mobile enters new markets. Nonetheless, both companies must remain aggressive, as the competition in the industry remains fierce.

10 stocks we like better than T-Mobile US
When investing geniuses David and Tom Gardner have a stock tip, it can pay to listen. After all, the newsletter they have run for over a decade, Motley Fool Stock Advisor, has tripled the market.*

David and Tom just revealed what they believe are the 10 best stocks for investors to buy right now... and T-Mobile US wasn't one of them! That's right -- they think these 10 stocks are even better buys.