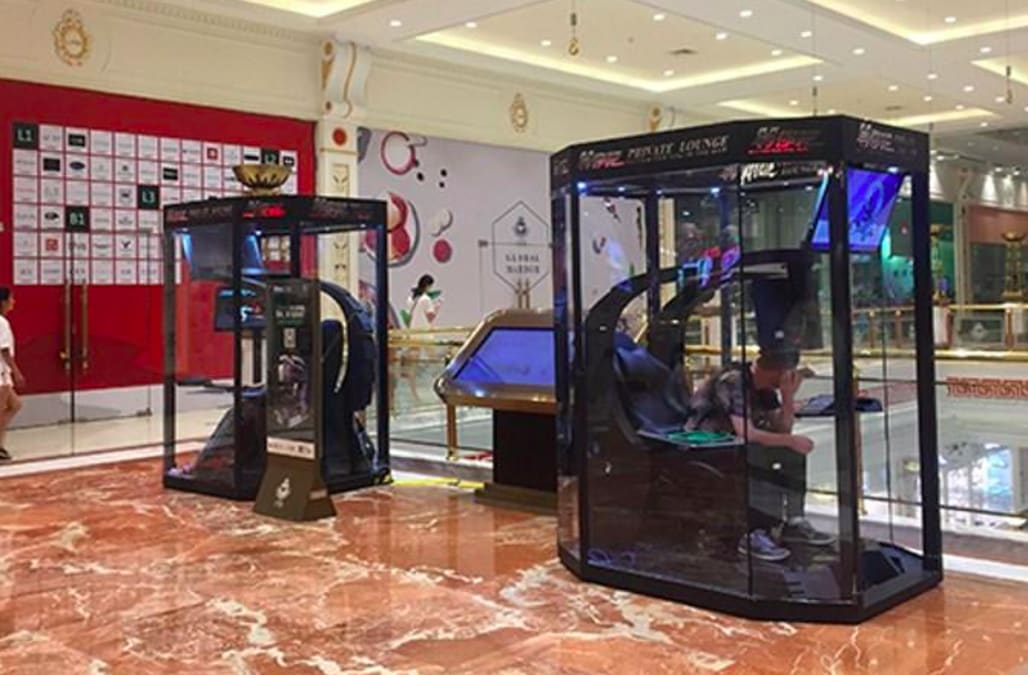 If you've ever shopped with a significant other, you know the feeling of so-not-wanting-to-be-there that can be equated with some sort of legal torture.

And let's be honest, it goes both ways — sometimes there's nothing worse than a partner nagging about how tired, hungry or bored they are when you're trying to get your retail therapy on.

SEE ALSO: Gillette has been accidentally sending 'Welcome to Manhood' packages to women

It's not an uncommon desire to wish your beau could just be temporarily locked in a box somewhere while you do your thing, as long as they're entertained with something.

Looks like China's way ahead of us on this one.

In the Global Harbor mall in Shanghai, glass enclosures have been installed which have been, aptly named, "Husband Storage Pods."

Inside each pod is a mega comfy chair paired with a gaming system and set of video games for each "husband" to play with.

The games and usage of each pod are completely free (although picking up your wife's bill, is not).

But hubbies everywhere be warned — one user told Chinese news source The Paper that the conditions inside were less than desirable, sharing that:

"There's no ventilation or air conditioning, I sat playing for five minutes and was drenched in sweat."

But, hey, all is fair in love and shopping, right?

Now, if only they could set these up during school sporting games and concerts ... kidding! (Not really!)

More on AOL.com:
What retail will look like In 5 years
5 mall-based retailers with the absolute worst customer loyalty
US provides visas to up to 15,000 temporary workers