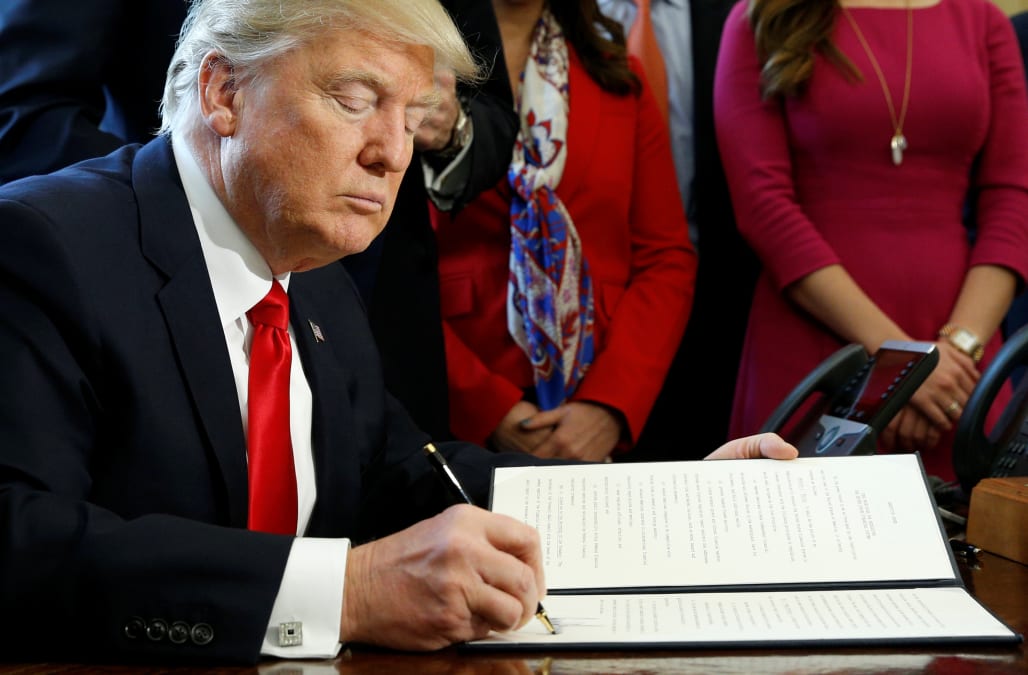 The U.S. Treasury Department, led by secretary Steven Mnuchin, released a 147-page report Monday detailing how it would overturn key regulations passed in the wake of the Great Recession — rules that reined in big banks' risky and predatory practices.

The report, written in response to a February executive order by President Donald Trump, contains provisions that might be great news for Wall Street, but not so much for the average consumer.

While much of the United States was glued to their televisions on Thursday for former FBI director James Comey's testimony, House Republicans quietly passed the Financial Choice Act of 2017, the first step in dismantling provisions of the 2010 Dodd-Frank Wall Street Reform and Consumer Protection Act. The Choice Act would remove many restrictions on financial institutions originally aimed at reducing risk and protecting consumers from abusive lending practices, but it is unlikely to pass the Senate as written — though at least parts of the bill could still make it into law.

Most relevant to consumers might be the proposed changes to the Consumer Financial Protection Bureau. The CFPB was formed under the Obama administration to protect consumers from predatory bank practices like those that helped trigger the Great Recession.

CFPB funding is currently generated through the Federal Reserve but both the Choice bill and Mnuchin's proposal would require annual funding to be approved by Congress instead. Even more alarming to consumers might be the proposal to allow for removal of the CFPB's head without congressional consent, as Bloomberg points out.

A lack of funding, which could result from political gridlock, would hamper the agency's ability to investigate abuses like Wells Fargo's opening of more than two million deposit and credit card accounts without consumer authorization, for which the CFPB fined the bank $100 million in 2016.

Massachusetts Senator Elizabeth Warren blasted the new Treasury report, saying it will "make it easier for big banks to cheat their customers and spark another financial meltdown," Reuters reported.

Since it was founded in 2010, the CFPB has returned nearly $12 billion to consumers. A total 6 million consumers who were cheated by credit card companies found retribution, according to watchdog group the Federation of State PIRG.

Mnuchin's new Treasury report proposes "substantial amendment" to the Volcker rule, a part of Dodd-Frank that limits banks' abilities to use their own funds to make investments in riskier financial products like options, derivatives and futures (aka "proprietary trading"). The report also suggests loosening regulations around banks' annual "stress tests" and capital requirements — rules that were similarly designed to prevent risk in the financial system.

While these complex issues may not seem directly linked to your personal finances, there are several ways a return to a riskier U.S. financial system could hurt your personal finances. For one: During the financial crisis, the U.S. government was forced to bail out banks with billions of dollars. Who paid for the bailout? Taxpayer dollars, which enabled banks to get back on their feet.

Even more importantly, the financial crisis and stock market crash that followed resulted in mass job losses and a near-40% drop in median household net worth. Retirement savers felt big losses in their investment portfolios, and young workers have seen flatter wages as a result. Preventing another market crash and recession is perhaps the biggest reason why everyday consumers, workers and savers have an interest in reducing risk in the banking sector.