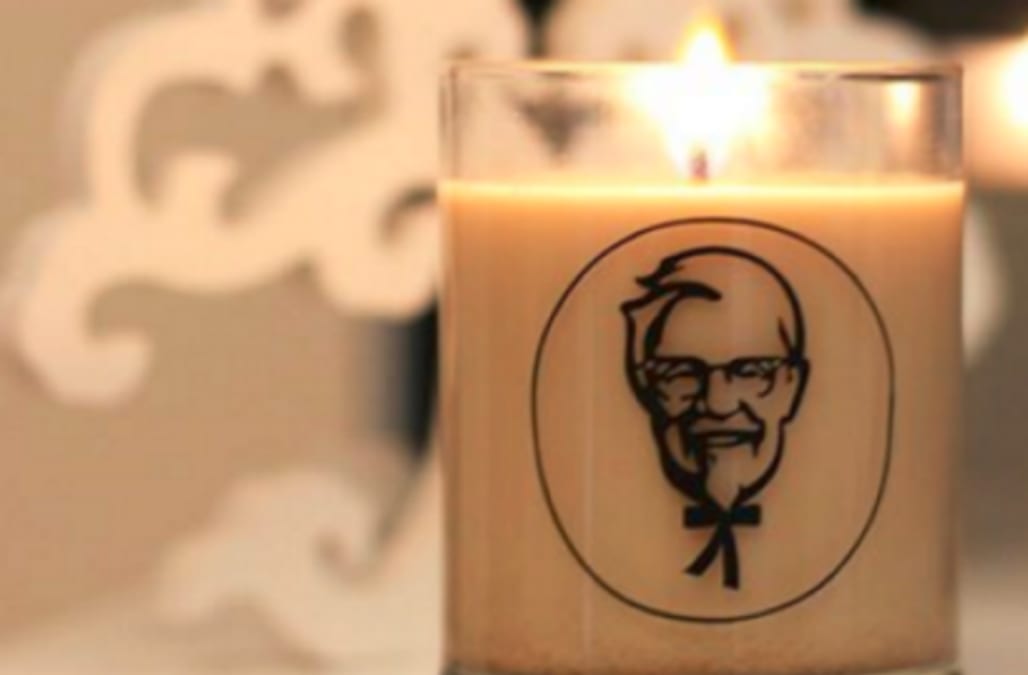 There's nothing like the scent of something good cooking in the kitchen to rev up your appetite and instantly put you into a good mood.

Whether it's the familiar smell of your favorite cookies baking in the oven or coming home to dinner about to be served, the aroma of good food just has a way of making everyone feel comfortable and relaxed.

The same thing could be said about lighting candles – So why not combine the two?

That seems to be KFC's new innovative idea, and as you probably guessed, this isn't your ordinary lavender or vanilla scented candle.

KFC New Zealand took it to social media to host a competition in order for KFC fans to win none other than a KFC scented candle.

What better way to light up your nights than with a limited edition KFC Scented Candle! Keen? To go in the draw to win one just suggest another piece of KFC merchandise you'd like to see from us in the comments below!

Light up your nights with a limited edition KFC scented candle! Just 1 of these up for grabs! RT to go in the draw! #KFCAdventCalendarpic.twitter.com/Vkg1n1IC9j

RELATED: KFC restaurants around the world

More on AOL.com:
KFC taps 'Mad Men' star to be its newest Colonel as sales soar
KFC Australia's unfortunate NSFW promo was posted to its Twitter account for an hour
Why Chick-fil-A's restaurants sell 4 times as much as KFC's