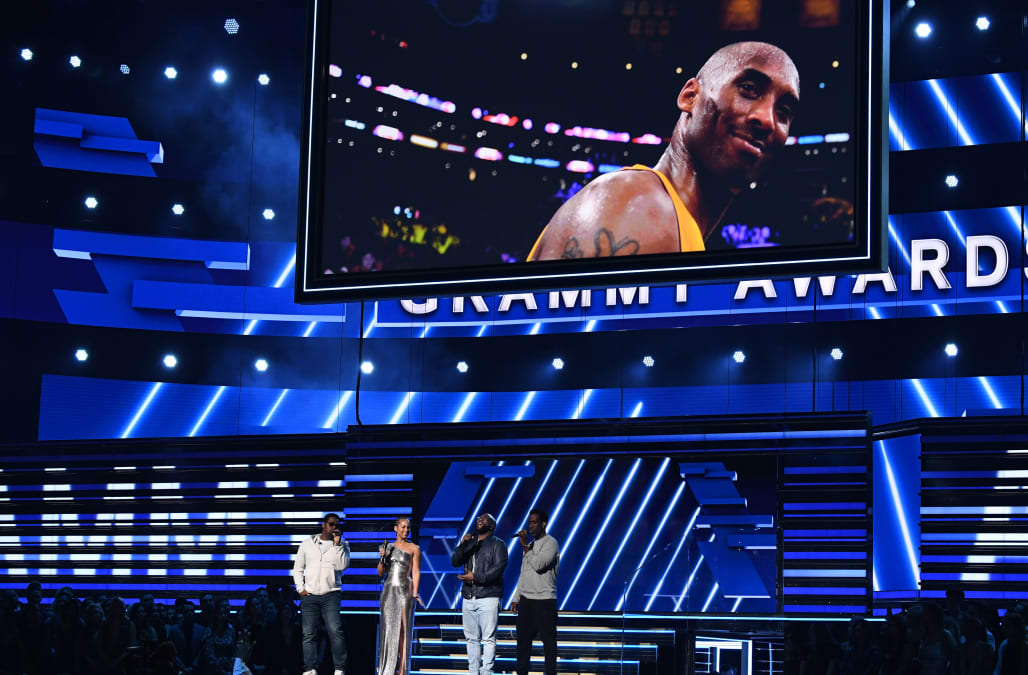 “We are starting the show on a very somber note. We want to take a moment to say we are deeply saddened by the passing of Kobe Bryant, his daughter Gianna, and the others aboard the helicopter which tragically crashed today in Calabasas, California," Seacrest said.

He continued, “Kobe was 41 years old and was one of the greatest basketball players and greatest athletes to ever live. His loss will be felt even more deeply tonight at a place he considered home. This is the Staples Center. We’re sending our heartfelt condolences to his beloved wife and the family he left behind. His absence will be felt by so many people that he touched.”

“My heart is so heavy today, like so many people watching…as a mother, as a wife, as a human, my heart goes out to Vanessa and her family tonight," Rancic added.

“This is a man we have gotten to know over the years,” Seacrest said. “He was on the phone with me a few months ago talking about the love of being a father, talking about his daughters so pridefully.”

Several of music's biggest stars also paid tribute to Bryant's tragic death on the red carpet at the 2020 Grammy Awards.

"In this building you have so much creative energy and even an athlete like him—that's a creative genius. He's one of us," Diplo shared, while Grammy-nominated Billie Eilish explained that "I feel like anything I say is not enough for what's going on."

"In this building you have so much creative energy and even an athlete like him—that's a creative genius. He's one of us." Diplo reflects on Kobe Bryant's tragic passing on the #Grammys red carpet. https://t.co/cE8ViUJ2v9pic.twitter.com/wN8PnpUWgA

"You can probably tell I'm a little swollen," Billy Ray Cyrus told ET. "When I'm not on camera, I'm crying. My whole family is. We can't stop crying."

Lil Nas X said: "Kobe was such a great man.Not only was he a legend in sports, he was a legend as a man, a father. A great role model," he added. "It's a very sad, tragic day and bittersweet for all of us at the Grammys."

Priyanka Chopra Jonas also honored Bryant by sporting the number "24" on her manicure.

Bryant tragically died in a helicopter crash in Calabasas, California on Sunday morning, Jan. 26, at the age of 41-years-old. The former Laker was traveling with his 13-year-old daughter, Gianna, who also passed.

Prior to the awards show starting, crowds of fans gathered outside Staples Center to mourn Kobe Bryant just as the red carpet was unfolding.