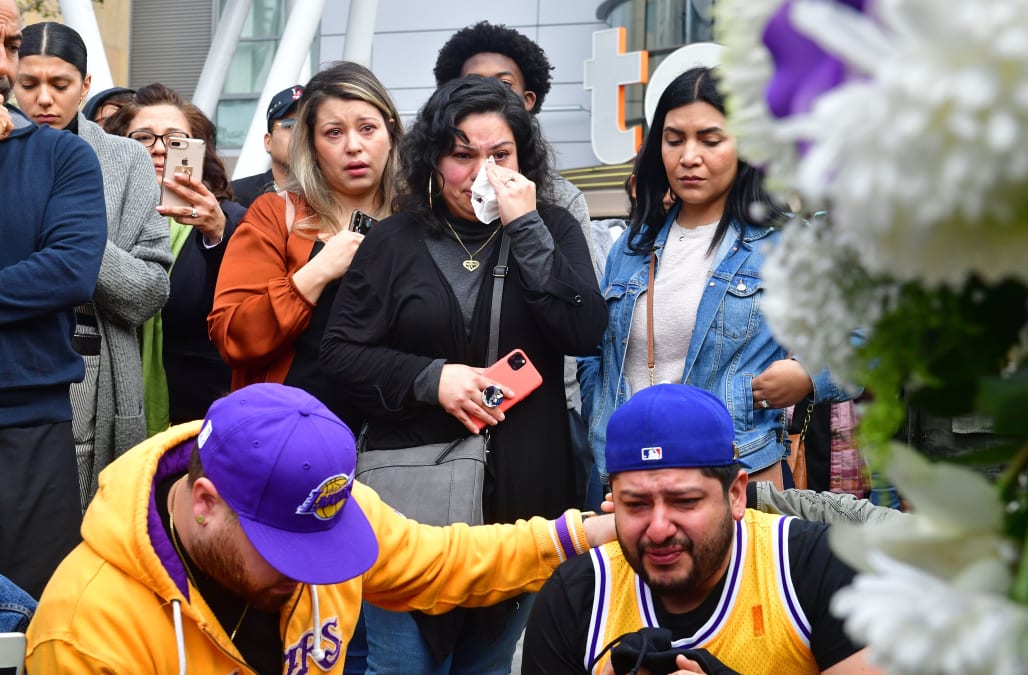 As news spreads of Kobe Bryant's passing, shaken crowds are gathering at the Staples Center just steps away from where the Grammy Awards red carpet is simultaneously unfolding.

Bryant, 41, and several other people were killed Sunday morning in a helicopter crash. Early reports indicate that one of his children, 13-year-old Gianna, was among the passengers.

By mid-afternoon Sunday, makeshift memorials of flowers, posters, basketballs and Lakers memorabilia were already lining the arena's main entrance area along Figueroa St. Many fans were seen kneeling in prayer. 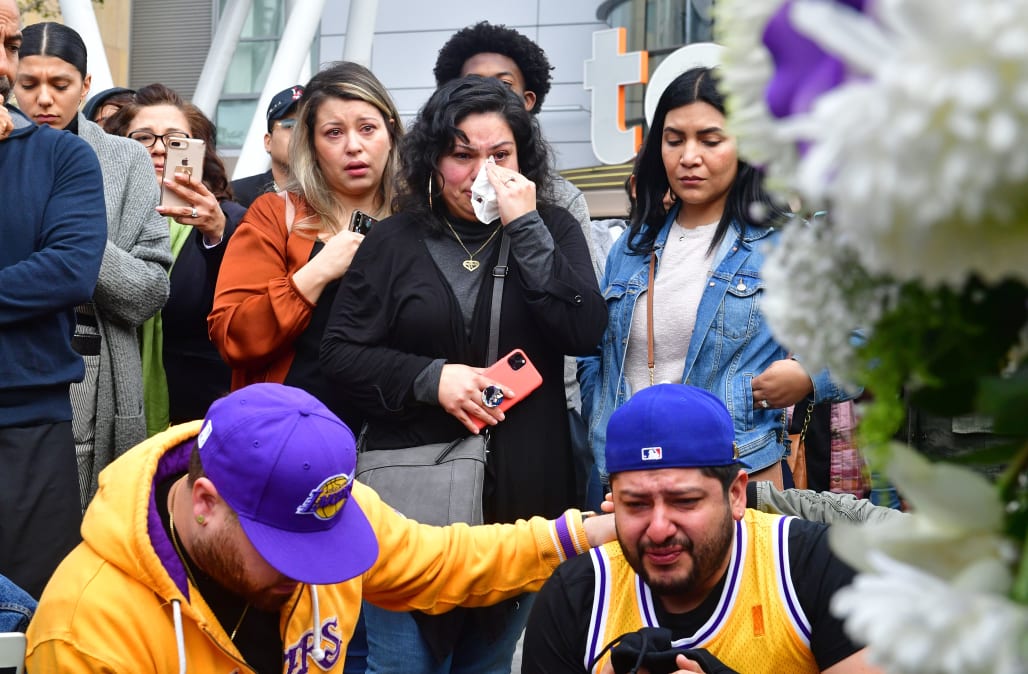 Some mourners have taken to social media to allege that they were forced to leave the area because it's too difficult to accommodate both the public and the countless people onsite for the Grammys. In addition to celebrities and media, there are hundreds of behind-the-scenes crew members, security personnel and staffers milling about — as well as ticketholders who will fill the audience for the evening show. 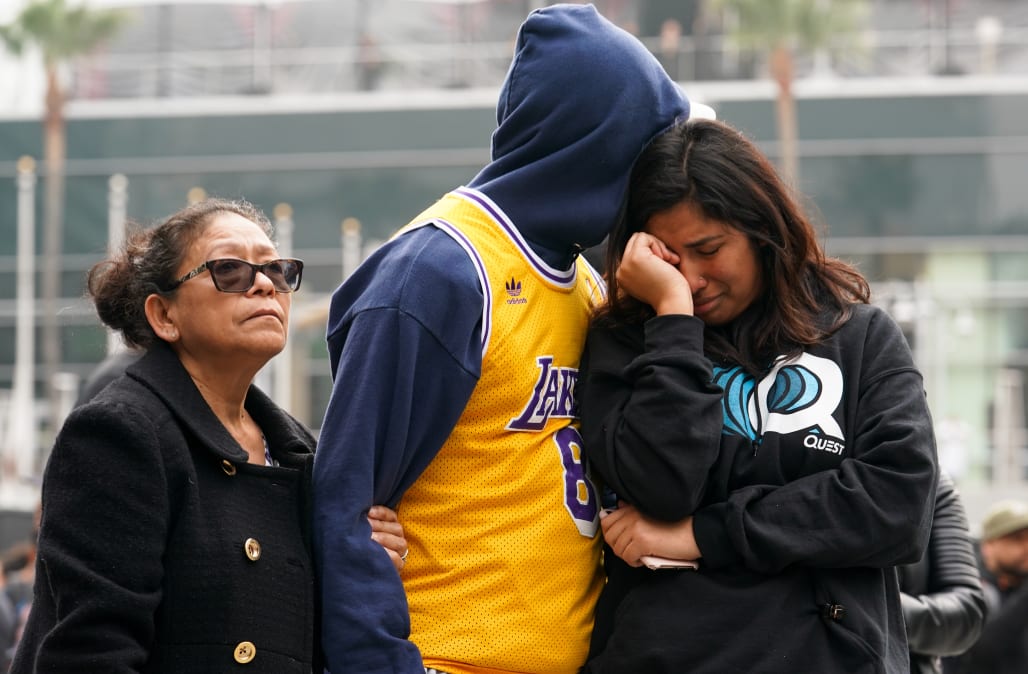 Heightened security was already in effect around the arena well before the tragic story broke: Although the televised Grammy Awards don't begin until 5 PM PST, there is an afternoon-long, non-televised ceremony in full swing, and the red carpet is also underway. The carpet is tented, so it's not visible by passersby. 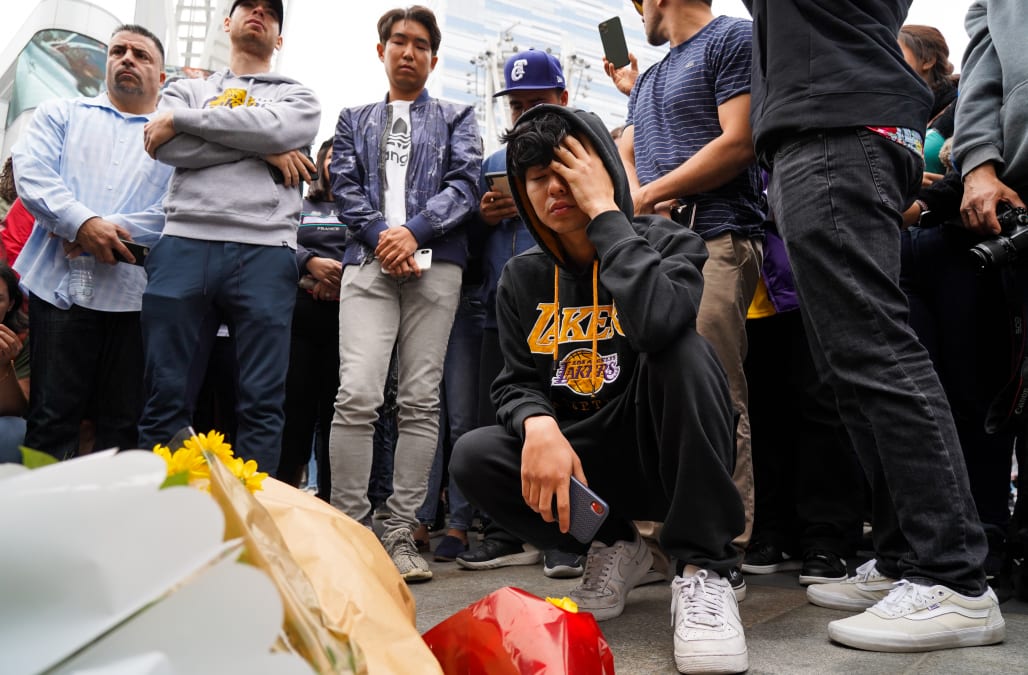 It's not yet clear how the Grammys will pay tribute to Bryant on such short notice, but there's no doubt the subject will be addressed in some form. The annual ceremony has been held at Staples Center for the past two decades, with just two exceptions, when it broadcast from New York's Madison Square Garden in 2003 and 2018.

Bryant played the entirety of his 20-year NBA career with the Los Angeles Lakers, making his name near synonymous with Staples Center. It's long been expected that a bronze statue immortalizing his career would be erected in 2021, after he becomes Hall of Fame eligible.