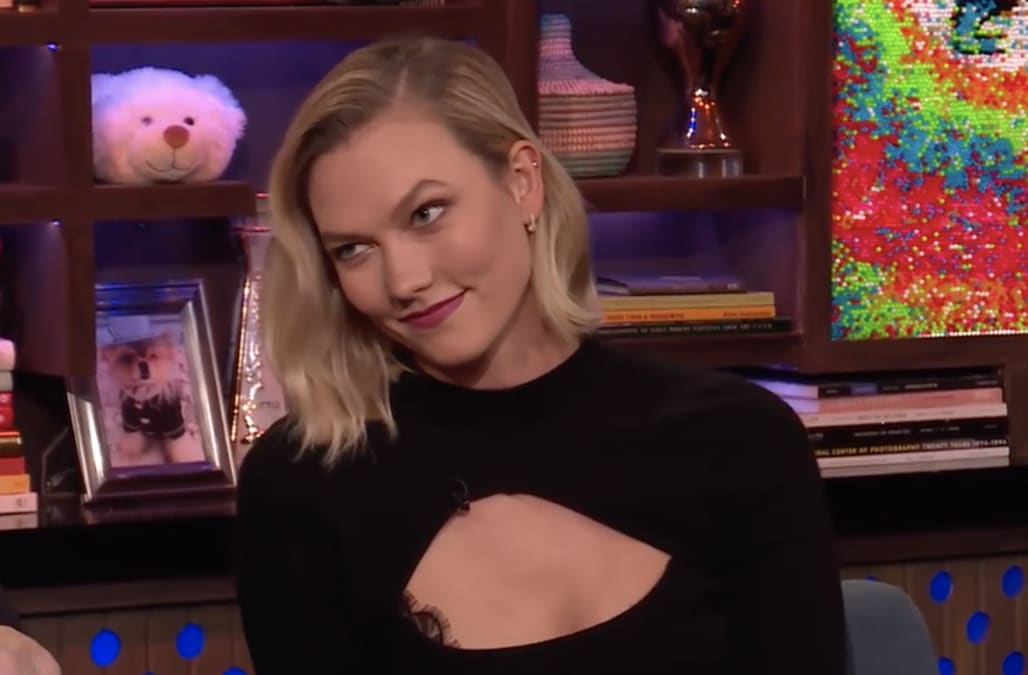 Karlie Kloss publicly addressed that viral moment from this season of "Project Runway" for the first time, while also shedding light on her marriage to Joshua Kushner.

The host of the design competition show appeared on Thursday night's episode of "Watch What Happens Live With Andy Cohen," where she was asked about her thoughts on an awkward exchange that happened a few episodes into the current season of "Project Runway."

During a challenge that involved the show's contestants designing potential looks for Kloss to wear to an upcoming CFDA event in Paris, Kloss asked Tyler, one of the contestants, "So, you're happy with your look?"

"I cannot see Karlie wearing it anywhere, honestly," fellow judge, Brandon Maxwell, said back before Tyler uttered the comment that made the clip go viral: "Not even to dinner with the Kushners? That's your husband!"

“Not even to dinner with the Kushners?”#ProjectRunwaypic.twitter.com/O9qJbrC2ZN

Kloss married her longtime boyfriend Joshua Kushner last fall. The supermodel has rarely publicly acknowledged the fact that her husband's brother is Jared Kushner, who is married to Ivanka Trump and has been a key figure in the Trump presidency for the last three years.

"Um, I was going to Paris," she said, shellshocked by Tyler's response, at the time. "That was the challenge here. Keep it to the challenge."

The exchange immediately went viral and made countless headlines the next day. However, Kloss hadn't said anything else about it until Cohen asked for her reaction on Thursday night.

"Well, listen, I was honored to be one of the first memes of the decade," Kloss laughed. "But, honestly, the real tragedy of this whole thing is that no one is talking about how terrible that dress was. That's why he went home."

Cohen then pushed his fellow St. Louis-native to address the controversy a bit more head-on, stating that there's a lot of "speculation" about her "home life" and making sure it was okay for him to ask her about it. She called herself an "open book," signaling for Cohen to proceed with his line of questioning.

"Are you on the same page politically with the family?" Cohen said, likely alluding to her brother-in-law, Jared Kushner, and his wife, Ivanka Trump.

"Andy, I'm sure I'm not the only person in this country that does not agree with their family on politics," Kloss answered sternly. "I voted as a democrat in 2016, and I plan to do the same in 2020."

"I'm very passionate about different issues, you know, women's reproductive health," she went on. "I'm very involved with Planned Parenthood, as are you. Next time we're both home in St. Louis you should come volunteer with me."

Cohen's final question about Kloss being married to Kushner touched upon all that they've "been through" as a couple, mentioning her converting to Judaism and alluding to Trump winning the 2016 election.

"I met my man in 2012. I was 19 years old. It was 2012, it was a different world," she said. "My man and I have been through a lot together and I'm so proud that he's my partner. It has not been easy, but it's worth it and I would make that similar decision a million times again."

Watch the full moment below: