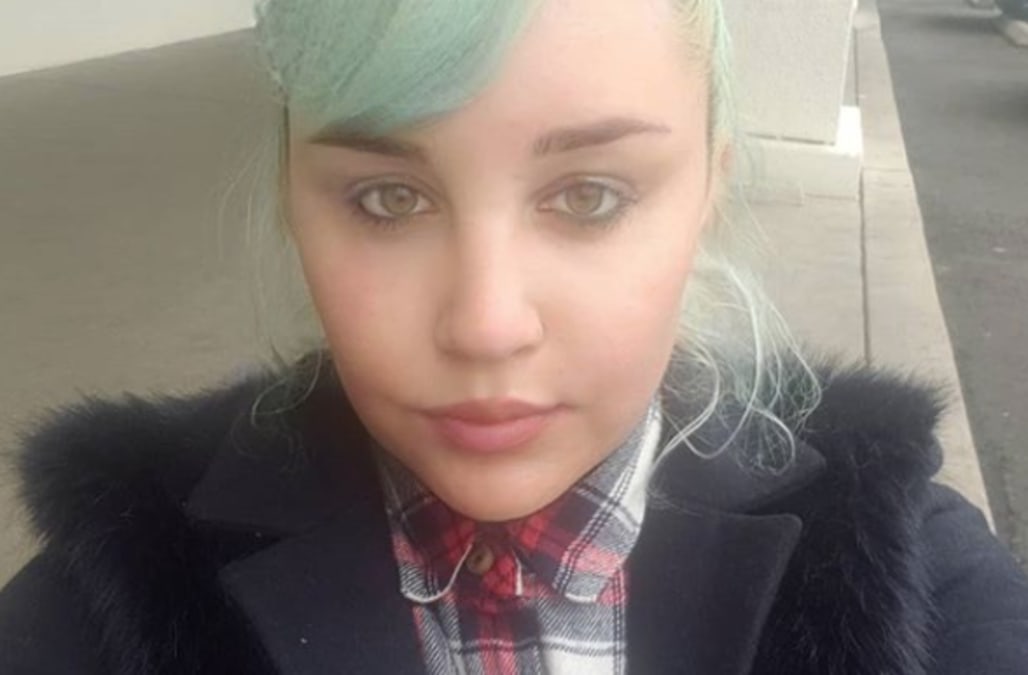 Amanda Bynes shared a rare photo of herself on Instagram on Tuesday, marking her first post in nearly three months.

The former child star, 33, rocks green-hued hair, a buttoned-up plaid shirt and a fur-lined top coat in the selfie, which appears to have been taken in a parking lot.

"Geisha girl vibes," she captioned the shot, which was her first post on the account since September 15, when she posted a photo of her legs on a floral-print bed spread while wearing heels. That photo came three days after her last selfie, which showed her with long pink hair.

Bynes' new photo follows a year of major ups and downs or the former "All That" star: Several months after appearing to launch her Hollywood comeback with a cover shoot for Paper magazine, Bynes checked herself into a mental health facility in January. She was reportedly being treated for stress-related issues.

In June, however, the actress shared that she had graduated from the Los Angeles Fashion Institute of Design and Merchandising (FIDM), which she commemorated with a photo of herself and a classmate in their cap and gowns.

Bynes first enrolled in the school back in 2014 before reportedly been kicked out. She returned to finish her degree three years later in 2017.

Her tumultuous 2019, in which Bynes has seemingly been trying to get her life back on track, comes after several years of shocking headlines around the "She's The Man" actress, who said in her Paper magazine interview that her erratic behavior was due to substance abuse.

"Those days of experimenting [with substances] are long over," she told Paper in November 2018. "I’m not sad about it and I don’t miss it because I really feel ashamed of how those substances made me act. When I was off of them, I was completely back to normal and immediately realized what I had done -- it was like an alien had literally invaded my body. That is such a strange feeling."

RELATED: See photos of Amanda Bynes through the years: