Amanda Bynes graduates from FIDM: 'So proud of you!' 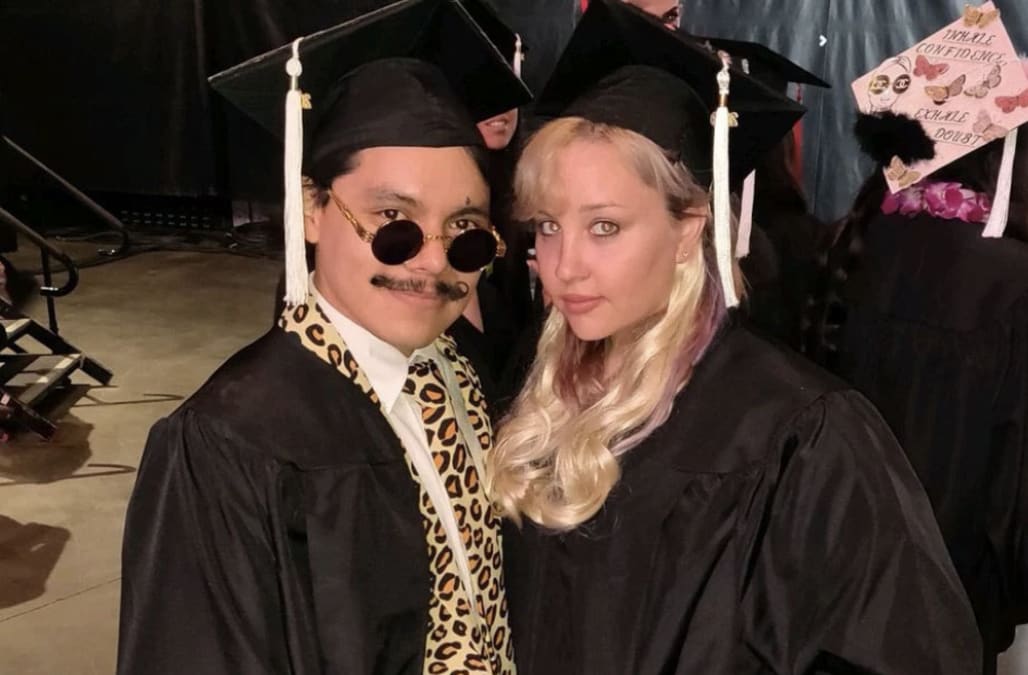 Amanda Bynes graduated from Fashion Institute of Design and Merchandising in Los Angeles this week.

The 33-year-old former child star posted her first tweet in nearly seven months on Monday, posting a photo alongside one of her classmates at her graduation ceremony.

"FIDM graduate 2019 #fidmgraduation," she captioned the picture of herself wearing a cap and gown with her hand on her hip.

Fans were quick to congratulate the star on her big accomplishment, with one fan writing, "So proud of you and can’t wait for your next collection."

In the fun snap, Bynes wears her pink-streaked blonde blocks down, while her male companion wears a leopard jacket and tie under his unzipped gown.

Bynes enrolled in FIDM back in 2014. The former actress was reportedly kicked out of the school later that year before returning three years later in 2017.

In November 2018, the former "All That" star took part in her first interview in years when she sat down with Paper magazine, in which she discussed her plans to graduate with her Associate's of Art degree in Merchandise Product Development.

The interview also served as a reintroduction of sorts for Bynes, who had gone through a series of public ups and downs, which she attributed to substance abuse. In the cover story, the actress said that she'd been sober for four years.

"Those days of experimenting [with substances] are long over," she said in November. "I’m not sad about it and I don’t miss it because I really feel ashamed of how those substances made me act. When I was off of them, I was completely back to normal and immediately realized what I had done -- it was like an alien had literally invaded my body. That is such a strange feeling."

At the beginning of this year, the actress reportedly sought mental health treatment to deal with the pressure of her proposed comeback and some reports alleged that she also got treatment for addiction issues.

Amanda Bynes is reportedly prepping to release her own clothing line following her graduation.

Amanda Bynes for Paper Magazine
#BreaktheInternet: Amanda Bynes. Having spent years out of the spotlight, Bynes steps back in and opens up about her tumultuous — and remarkable — journey. #linkinbio Story by @abbyschreiber28 Photos by @daniellelevitt Art Direction by @dwndwntwn Styling by @neverhavetotweet Hair by @samiknighthair Makeup by @edwardcruzmakeup Set Design by @_coopervasquez_ Fashion Direction: @miaasolkin
Amanda, please! #breaktheinternet
"I have no fear of the future. I've been through the worst and came out the other end and survived it so I just feel like it's only up from here." #amandabynes #breaktheinternet #linkinbio
Up Next