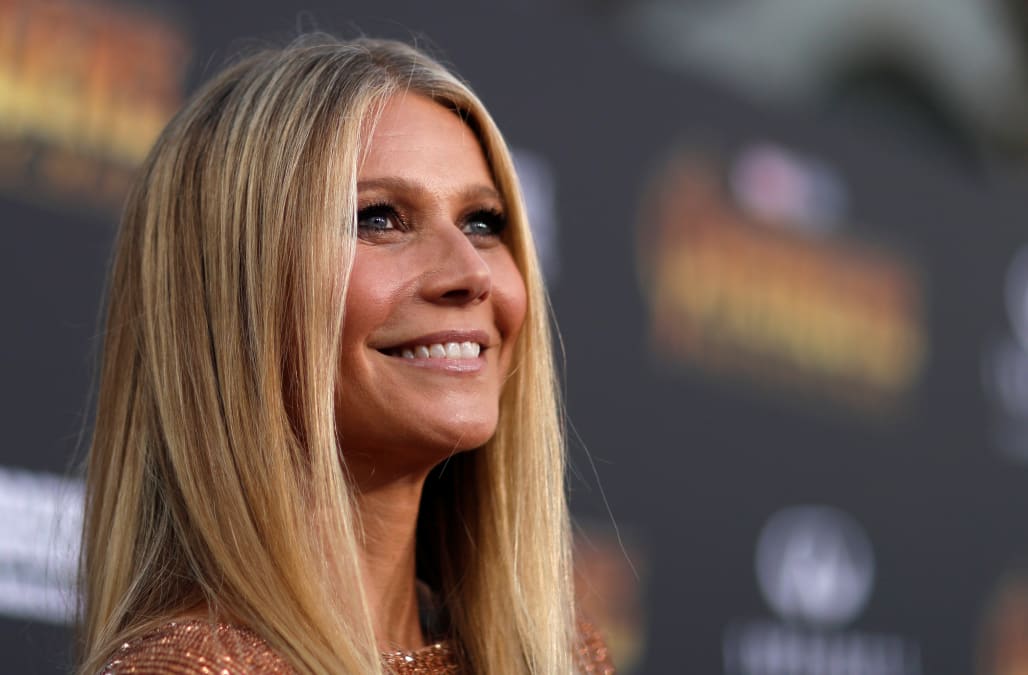 The couple said "I do" on Saturday, according to multiple reports. Stars like Jerry Seinfeld, Steven Spielberg, Cameron Diaz and her husband Benji Madden, and Robert Downey Jr. were in attendance.

A source told ET on Friday that the pair were expected to wed at Paltrow's Hamptons home on Saturday, and that her recent renovations to the property made it even more special for guests at intimate event.

"They have been planning this wedding all year," the source revealed, adding that the actress has "worked incredibly hard to keep their wedding a secret."

"Gwyneth pays attention to every details so we are all set for a fairytale wedding," the source declared.

According to ET's source, the Iron Man star's kids, Apple and Moses, whom she shares with ex Chris Martin, will also be involved. "Gwyneth has included her kids in some of the planning and they can’t wait. They adore Brad and are excited for their mom," the source said. "Brad will be a wonderful husband to Gwyneth because he truly grounds her in every way."

News of Paltrow's engagement to the writer-director broke last November -- more than a year after Falchuk actually popped the question. The couple opened up about their relationship for the first time in January for the Sexy & Love issue of Paltrow'sGoop Magazine, where she revealed why she decided to get married again.

"Personally, at midlife, I have tried to accept how complex romantic love can be," she said. "I have decided to give it a go again, not only because I believe I have found the man I was meant to be with, but because I have accepted the soul-stretching, pattern-breaking opportunities that (terrifyingly) are made possible by intimacy."

Thank you @mrrpmurphy for the most incredible evening to celebrate our ❤️. There will never be adequate words to express our gratitude. @giambattistavalliparis I will never get over my gorgeous dress. @georgieeisdell thank you. @hairbylorenzomartin thank you. @teamsaltzman thank you. Thank you to all of our amazing true and dear friends who came to support us. We feel like the luckiest people on the planet because we have all of you in our lives. And most of all thank you @bradfalchuk for the true happiness.

This marks 46-year-old Paltrow's second marriage, and she was previously engaged to Brad Pitt. Paltrow infamously "consciously uncoupled" from Coldplay frontman Martin in 2014, after 11 years of marriage. The two have remained on good terms while co-parenting their two children, 14-year-old daughter Apple and 12-year-old son Moses. Falchuk, meanwhile, was previously married to TV producer Suzanne Bukinik, with whom he shares two kids, Brody and Isabella.

In June, Paltrow praised both Martin and Falchuk for being great fathers, once again proving they're the ultimate blended family.

"Happy Father’s Day cajm, you are a ray of sunshine," she wrote alongside a picture of Martin snuggling with Apple and Moses. She then shared a separate post for Falchuk.

Paltrow talked about getting married again in a candid interview with Howard Stern in May.

"I think that I would like to give it a proper shot ... for myself," Paltrow told Stern about the concept of marriage.  "I think there's something really beautiful about marriage. I think Brad is someone who is really intelligent, he's very emotionally intelligent. I think he's a really good person to try this with. He's very self-aware. He's got a lot of emotional maturity."

Paltrow and Falchuk were last spotted together on vacation in Capri, Italy, in late June, where the actress showed off her incredible physique in an orange bikini.

In an interview with ET in January, Paltrow said she was too "busy" to start planning her wedding to 47-year-old Falchuk, but wanted it to be a low-key affair.