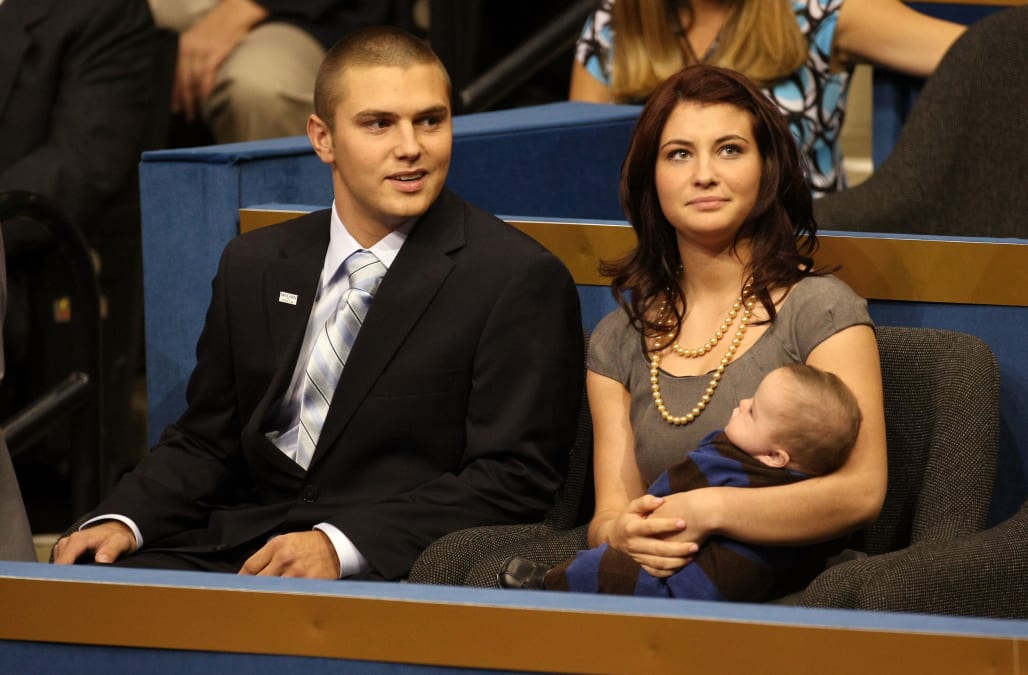 During the assault, when a female acquaintance attempted to call police, Palin took her phone away, the report stated.

Palin was taken to Mat-Su Pretrial Facility after his arrest, according to NBC News affiliate KTUU, where he was being held on $500 bond.

In a court appearance Saturday, Palin said he was "not guilty, for sure," KTUU reported.

Track Palin was arrested last year on suspicion of domestic violence against his father.

He was charged with felony burglary, assault in the fourth degree and criminal mischief for causing property damage in Wasilla, Alaska, according to court records. Palin's father, Todd Palin, was listed as the "victim" in the case, which is currently before Veteran's Court, KTUU reported.

Palin also was arrested in January 2016 in Wasilla and charged with assault, interfering with a domestic violence report and misconduct involving weapons.

Palin's girlfriend told the officer that he "struck her on the left side of her head near her eye with a closed fist," sending her to the ground, according to court documents.

Sarah Palin suggested at the time that her son's arrest stemmed from post-traumatic stress disorder after a year-long military deployment in Iraq.