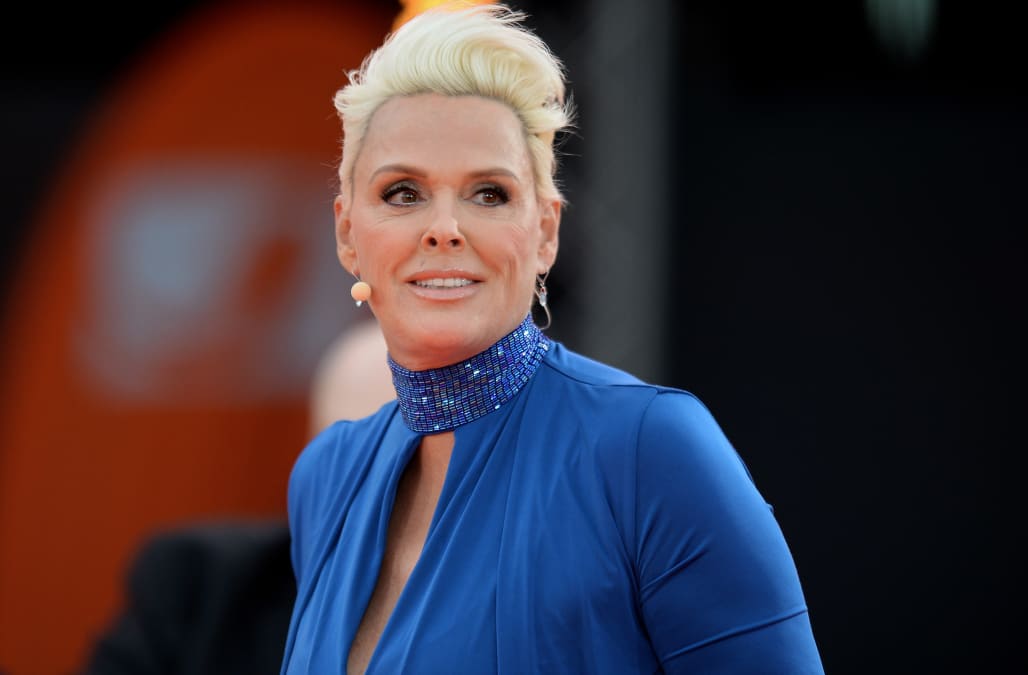 Brigitte Nielsenhas given birth at the age of 54 to her fifth child, her first with husband Mattia Dessi.

People reports that the Red Sonja actress and her husband, 39, welcomed their daughter, Frida, in L.A. on Friday, June 22.

The Surreal Life alum announced her pregnancy last month, sharing two pictures on Instagram that showed her cradling her baby bump. “Family getting larger,” she captioned one of the pics.

Earlier this week the former Playboy model posted a photo on Instagram that showed her husband with his hand on her swollen belly, and wrote, “you’ll be a great papa.”

While this is Dessi’s first child, Nielsen is already the mother of four sons, Julian, 34, Kilian, 28, Douglas, 25 and Raoul, 23, from previous relationships.

Nielsen, who has been wed five times, including a short-lived marriage to Sylvester Stallone, began dating Dessi after splitting from Flavor Flav. She and the Italian model tied the knot in 2006.

The Beverly Hills Cop II actress said back in 2011 that she wanted to have one more child. “I would love to because of all the things I have learned. It would be like starting all over again. But am I too old? I’m young at heart and I would be different this time around,” she told The Guardian. “Mattia and I have discussed it, but I don’t know how likely it is. And to interfere with things just because I feel as if I could give more to a child than I did when I was 20 — is that too selfish? I don’t know.”

More from Us Magazine:
Wait! Is Ariana Grande pregnant?
Cynthia Nixon says son is transgender in sweet graduation photo
Back on! Emma Watson, Chord Oversteet kiss after breaking up: See the pic