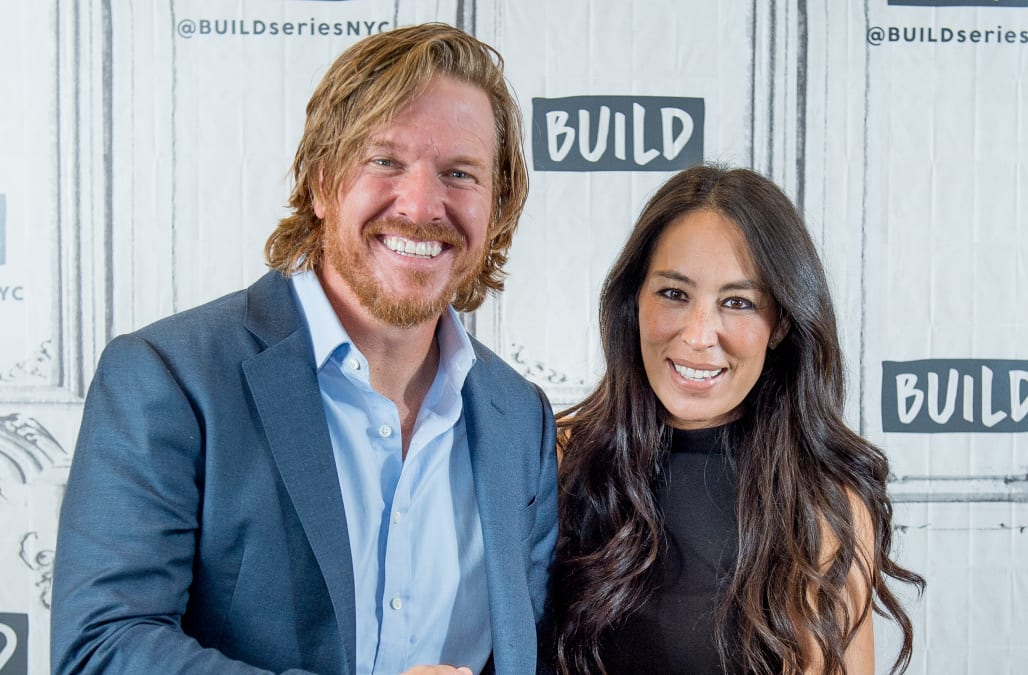 “And then there were 5.. The Gaines crew is now 1 stronger!” Chip tweeted. “10 beautiful toes and 10 beautiful fingers all accounted for, and big momma is doing great! #blessedBeyondBelief.”

And then there were 5.. The Gaines crew is now 1 stronger! 10 beautiful toes and 10 beautiful fingers all accounted for, and big momma is doing great! #blessedBeyondBelief

The HGTV couple announced in January that they were expecting another bundle of joy. “Gaines party of 7.. (If you’re still confused.. WE ARE PREGNANT),” Chip, 43, captioned a photo of his wife’s baby bump, while also joking about his own growing belly.

“You might recall a few months back.. the ever amazing, ever romantic @JOHNNYSWIM was in Waco. And they put on a little too romantic of a concert.. anyways, one thing led to another, & we are officially pregnant,” he added on Twitter at the time. “And I could not be more EXCITED! #5 #7ThePerfectNumber.”

The pair, who tied the knot in May 2003, are also parents of Drake, 13, Ella Rose, 11, Duke, 9, and Emmie Kay, 8. Chip announced that Joanna, now 40, was pregnant with a boy on March 7. Back in January, she told fans on Instagram that Chip “swears he can already tell it’s a boy” based on the sonogram.

A fifth child is not the only change for the Gaines family in 2018. The duo also said goodbye to their popular HGTV series, Fixer Upper, after five seasons in April.

“This season of life has been rewarding, challenging, unbelievably fast and furious and nearly everything in between. Back in September when Chip and I posted the blog announcing that this season would be our last, it still seemed so far away,” Joanna wrote on her blog on April 3. “At the time, we were knee-deep in the restaurant renovation, we had filming left to wrap up, and we were working toward finishing up several projects. April felt like it was forever away, but somehow it snuck up on us. Time is funny like that, the days sometimes seem long, but the weeks, months and even years fly past us when we least expect it.”

More from Us Magazine:
Wait! Is Ariana Grande pregnant?
Cynthia Nixon says son is transgender in sweet graduation photo
Back on! Emma Watson, Chord Oversteet kiss after breaking up: See the pic