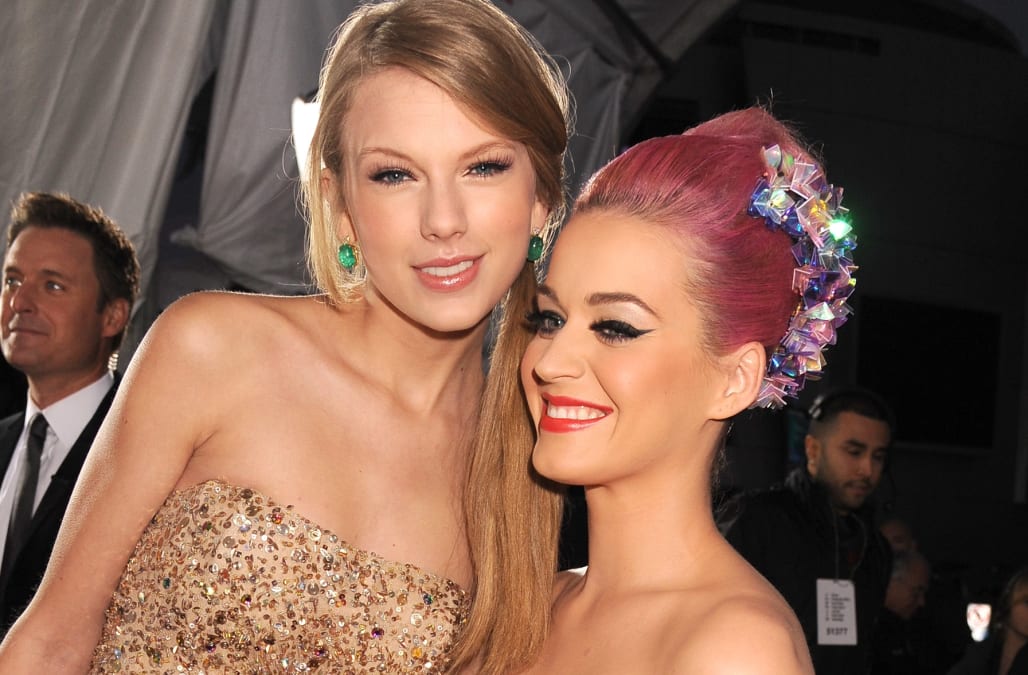 'Cause, baby, now they don't have bad blood!

Katy Perry seemingly ended her feud with Taylor Swift after years of back-and-forth on Tuesday by sending the "Blank Space" singer a gift on the opening night of her Reputation Stadium Tour.

Swift revealed the gift on her Instagram Story on Tuesday afternoon before she took the stage in Glendale, Arizona, which was a literal olive branch in a white box along with a handwritten note that started, "Hey Old Friend." On brand for Perry, the envelope was sealed with a golden retriever puppy sticker. 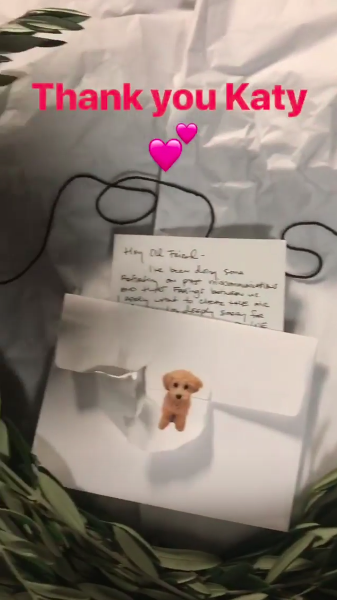 "So, I just got to my dressing room and found this actual olive branch," Swift said in the video. "This means so much to me."

Swift and Perry's feud was first revealed in an infamous Rolling Stone cover story about Swift, in which she revealed that her song "Bad Blood" was written about an unnamed singer who "tried to sabotage" her latest tour. Fans pointed to two of Swift's dancers leaving her Red tour to join Perry's Prism tour as the truth behind the so-called sabotage.

After the release of the interview, Perry tweeted, "Watch out for the Regina George in sheep's clothing," alluding to Swift.

In the nearly four years since, Perry and Swift had thrown jabs at one another publicly, both overt and subliminal, but it appears as though those are officially over with. Water under the bridge!

See photos of Taylor Swift and Katy Perry together:

Katy Perry and Taylor Swift together

It was all fun and games for Perry and Swift the at the 52nd Annual GRAMMY Awards in 2010. (Photo by Kevin Mazur/WireImage

Katy Perry addresses whether she'll involve the Taylor Swift feud in her Super Bowl Halftime performance, and reveals that Missy Elliot will be joining her on stage for her performance.

The "Trouble" singer got cozy with her longtime BFF Selena Gomez and Perry at the 2011 American Music Awards. Apparently, gold was the color of the evening. (Photo by Christopher Polk/AMA2011/Getty Images for AMA)

The pair seemed pretty cozy at the show, 2011 American Music Awards despite the fact that they were both up for awards.  (Photo by Jeff Kravitz/AMA2011/FilmMagic)
Talk about a pop powerhouse! Singers Selena Gomez, Nicki Minaj, Katy Perry and Taylor Swift all popped a pose together at the 2011 American Music Awards. (Photo by Lester Cohen/AMA2011/WireImage)
It's all about happy faces. (Photo by Lester Cohen/AMA2011/WireImage)
The duo's friendship stretched all the way back to the 2009 GRAMMY Salute To Industry Icons honoring Clive Davis at the Beverly Hilton Hotel. (Photo by Larry Busacca/WireImage)
Back in 2009, Kelly Clarkson and Miley Cyrus were also a part of the duo's inner circle. (Photo by Kevin Mazur/WireImage)
Smile for the cameras! Swift, Perry and Cyrus looked like they had a blast together at the 2008 MTV Video Music Awards. (Photo by Jeff Kravitz/FilmMagic)
Perry pulled in the "Tim McGraw" singer and the former Disney princess in for a squeeze at the 2008 MTV Video Music Awards. (Photo by Kevin Mazur/WireImage)
taylor-swift-katy-perry-go-to-dinner-in-london
Katy+Perry+Taylor+Swift+52nd+Annual+GRAMMY+_VaFfrKwvVFl
LOS ANGELES, CA - NOVEMBER 20: Taylor Swift and Katy Perry arrive at the 2011 American Music Awards at the Nokia Theatre L.A. LIVE on November 20, 2011 in Los Angeles, California. (Photo by Jeff Kravitz/AMA2011/FilmMagic)
Up Next