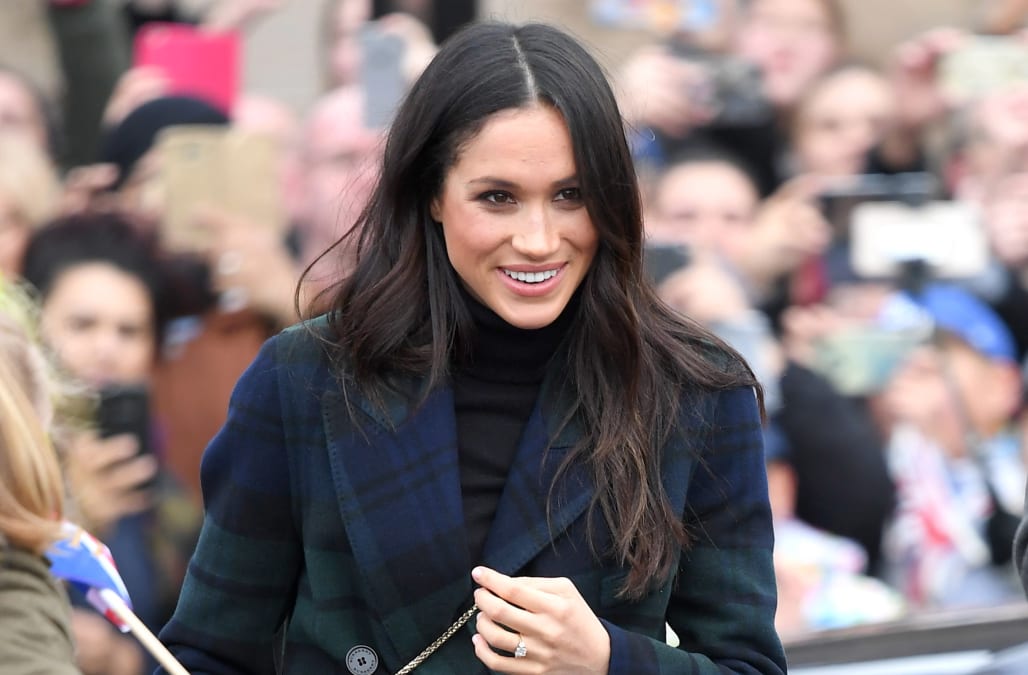 With less than a month to go for the royal wedding, Meghan Markle is getting in shape for her big day. The American actress turned soon-to-be duchess was spotted leaving a private yoga class at Heartcore in Kensington, England according to ET Online.

The bride-to-be donned a laidback uniform, keeping it cool in classic Ray-Ban gold aviators, a grey knit beanie and a quilted down vest from J.Crew. She finished off her casual look by sporting a pair of patriotic Nike Cortez. And much like another brunette beauty, Bella Hadid has made the red, white and blue colorway her signature sneaker.

After the supermodel starred in the 45-year celebration campaign of the Nike Cortez, she has since worn the shoe on various different occasions. From the French Open tennis tournament to walking around Tokyo, you can count on Hadid to rock these chic kicks wherever she may be.

Shop the sneakers below before they sell out! More from Aol.com:
Justin Bieber slams Met Gala: 'Don't be fooled!'
Met Gala 2018: Best celebrity snaps from inside the ball
Why everyone is talking about Solange Knowles's Met Gala bag