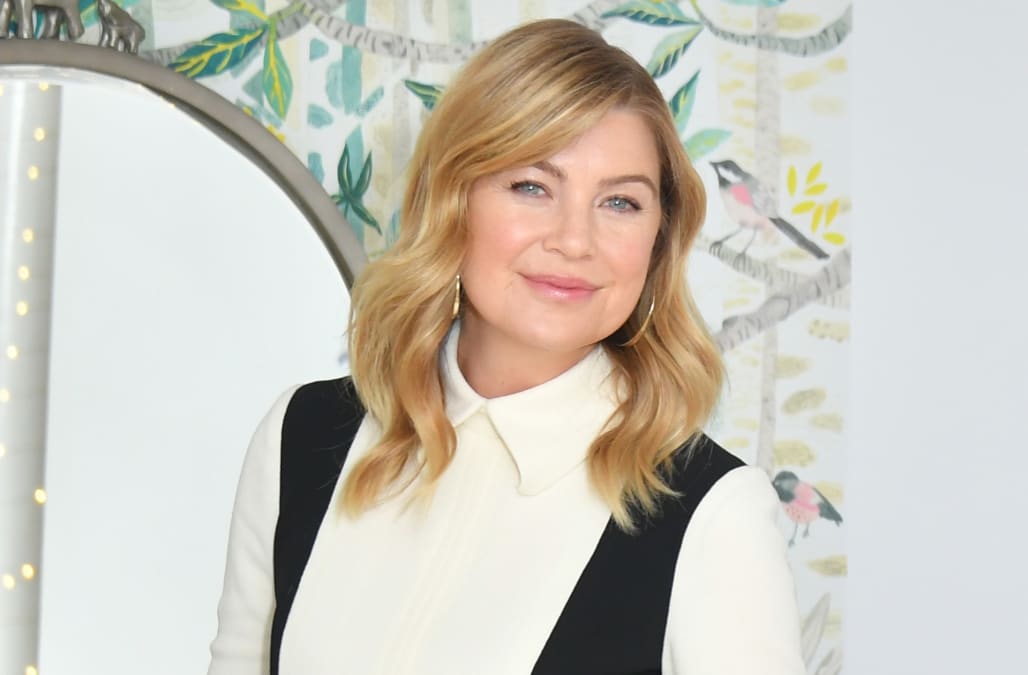 Ellen Pompeo recently took her five-person and four-dog household vegan, and with that change came a couple of blunt lessons for her children.

During a recent sit-down interview with AOL Entertainment, the "Grey's Anatomy" star said that she thinks that "plant-based is where we should all be going," noting that she's been cutting back her usage of animal products for "years now" and that "there are no chemicals" in her home.

For Pompeo, who shares daughters Stella, 8, and Sienna, 3, and son Eli, 18 months, with husband Chris Ivery, the most difficult animal product to get her children off of was bacon -- and it took teaching Stella a harsh lesson to convince her to stop eating it.

"Bacon is the one thing that my kids really, really liked," Pompeo explained to us. "What I did was, I explained to my daughter that a pig has the same intelligence as a dog. We have four dogs. [So I said,] ‘Would you ever for a moment think to take Lizzie, hang her upside-down by her feet, slice her throat, gut her and cut her up to bacon?’ And my daughter was like, 'Mama!'"

It may be a gruesome tale for an 8-year-old, but for Pompeo, explaining how these products are made is based simply in teaching her children to consider the well-being and treatment of other living species in general.

"When you start at a place of compassion for other living things, compassion for children who look and feel differently, it's easy for her to grasp that concept," she went on. "It’s what we should be teaching our children, anyway."

Plus, Pompeo added, there are things that she's found herself needing to talk to her daughter about that are much more difficult to explain to her before she even graduates from elementary school, where she has lockdown drills amid increasing gun violence around the country.

"My child is in second grade and they have lockdown drills at school now. So, I’m sorry, what have we done to this country? I would never expect that I would have to talk to my child about an active shooter at her school. We’ve created a society run by politicians that are in love with guns. It’s out the window being polite to our children. We don’t get that luxury anymore," she said. "We’re going to start being precious? About what? Are we going to start sheltering them or tell them what’s really going on? These are the things that I find terrifying to tell my daughter. I’m not afraid to show them the realities of what human beings are capable of, because hopefully this next generation will be much better than we have been. We can’t sugarcoat it anymore."

Additionally, the mistreatment of animals isn't the only reason that Pompeo advocates for the plant-based lifestyle that her entire family now abides by. The actress credits friend Kristi Funk's new book, "Breasts: The Owner's Manual," for opening her eyes to the fact that "animal products are making us all sick."

"And sickness is a big business. There’s no money in healthy people," Pompeo explained. "They’re selling chemicals to poison the food, then we get sick, then they sell us pharmaceuticals to take care of those problems, which they’ll never take care of. There are a whole lot of people getting really wealthy off of people being lazy and having bad diets."

Pompeo recently uncovered an "amazing" company, Young Living Essential Oils, that has quickly enhanced her vegan lifestyle. When we asked what the actress, who helped launch Young Living's new collection of baby products, Seedlings, loves so much about the company, she pointed to the way that it sources it products and treats its employees.

More from AOL.com:
'Cook Off!': Wendi McLendon-Covey shares 'painful' story behind film being shelved for 10 years
'Real Housewives of New York' star Carole Radziwill teases move made 'in solidarity' with Luann de Lesseps after arrest
Adam Rippon reveals 'epiphany' he had at the Olympics