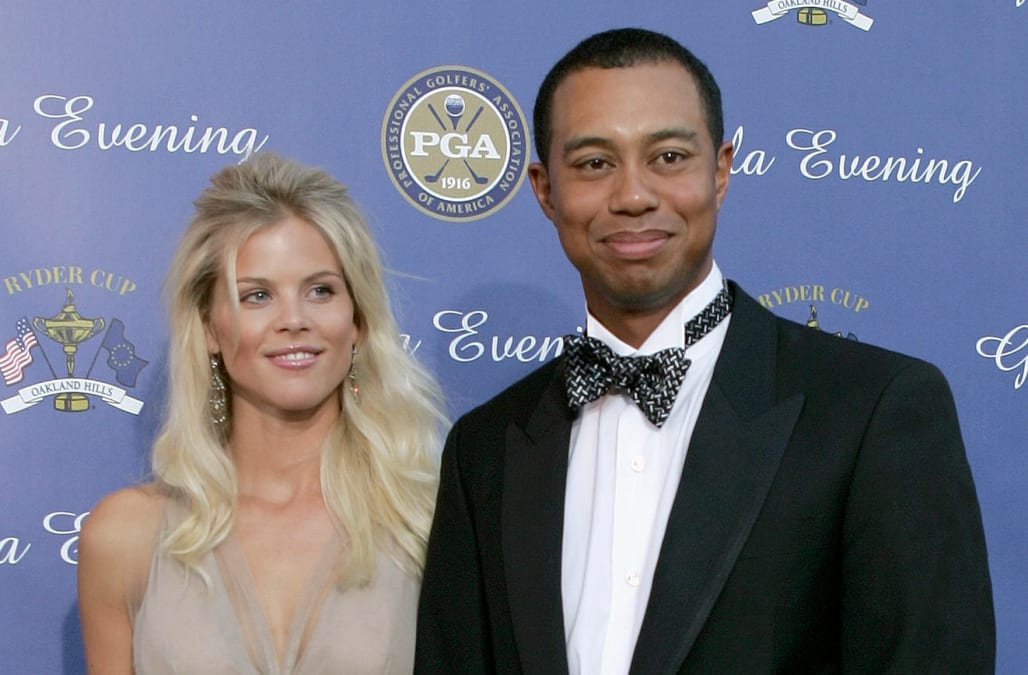 Tiger Woods and ex-wife Elin Nordegren are in a much better place nearly a decade after a bombshell sex scandal broke up their marriage in 2009 and 2010.

Multiple women came forward in 2009 claiming that they'd had affairs with the former top golfer in the world, leading to the couple ultimately getting a divorce in August of 2010.

In the years since, though, Woods and Nordegren, who share daughter Sam, 10, and Charlie, 9, have looked past their controversial split and forged a friendship for the sake of their children.

"They're friends now," a source told People. "Everything that happened in the past is the past. They both decided to be adults and to do what was best for the kids. So they get along really well."

Despite the embarrassment that Woods' reported actions caused her, Nordegren hasn't used his past mistakes against him, either.

See photos of Tiger Woods and Elin Nordegren together:

"Elin is not someone who uses the kids as a weapon," an insider told People. "When Tiger wants to see his children, Elin makes sure that he can. She is a really classy woman."

The new report echoes the 38-year-old's comments from 2014, when she proclaimed that she had "moved on" from her ex-husband's cheating and that her relationship with Woods was "centered around [their] children."

Tiger appears to feel the same way about his ex.

"Tiger says really great things about Elin," another source said. "He never complains about her, ever. He never says things like, 'Oh, my ex is being unreasonable.' On the contrary, he talks about her in glowing terms. They're closer now than they were when they were married. The kids love them both."

In March, Nordegren put her multi-million-dollar South Florida mansion on the market. She purchased the estate back in 2011 for $12.25 million, just over a tenth of her reported $100 million divorce settlement from the previous year. She's currently on schedule to get her master's in psychology next month.

For his part, Woods, 42, is mounting a comeback and recently tied for 32nd at the Masters in August, Georgia.

The design was inspired by British West Indies architectural design.

Angela Reynolds, an interior designer who has worked with clients such as Celine Dion, decorated the interior of the home.

The kitchen has two islands — one of which has a hidden television for kitchen-time entertainment.

The catering kitchen provides a space for out-of-sight preparation when guests are over.

The master suite offers sweeping views of the ocean.

This spacious bathroom has a window-side bath.

Each of the guest bedrooms has a distinct style.

The home theater provides a place for those who want to sit comfortably and enjoy a movie.

The home's gym has an underwater window into the outdoor pool.

A temperature-controlled wine cellar has its own tasting room and bar seats.

There's also a custom-crafted, three-story Swarovski crystal chandelier that drapes down to the floor.

The home's outdoor area has a pool and hot tub just steps from the beach.

The home is near Seminole Golf Club, one of the world's most exclusive golf courses.

And there's plenty of room for guests in the "Cabana House," which encompasses two, two-bedroom apartments.