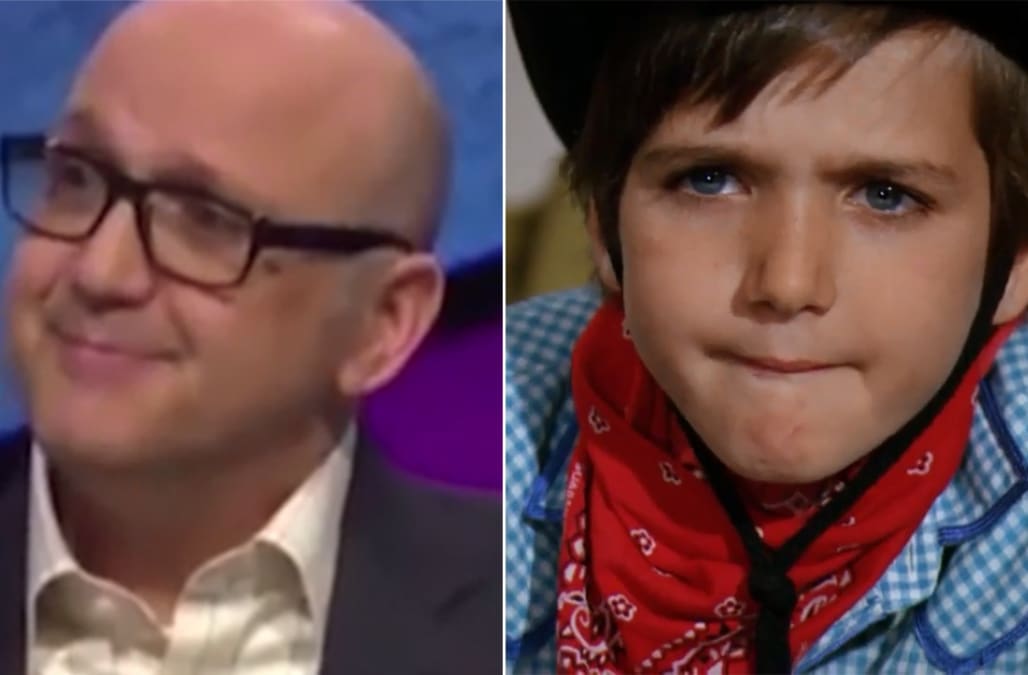 The "Willy Wonka & the Chocolate Factory" and "Jeopardy!" crossover we didn't know we needed!

Former actor Paris Themmen, who played Mike Teevee in the 1971 classic "Willy Wonka," made his television-loving character's dreams of being on TV come true this week when he appeared on Tuesday's episode of "Jeopardy!"

Curiously, Themmen, 58, didn't mention his Hollywood past during the episode. Instead, he was introduced as an "avid backpacker" and an "entrepreneur," noting that he has traveled to 61 countries and six out of the seven continents in the world.

See photos of Paris Themmen through the years:

Of course, that didn't stop viewers from somehow recognizing Themmen as the cowboy-obsessed Mike Teevee all grown-up.

"Why wouldn't Paris Themmen mention those most amazing fact he had about himself?" one user tweeted. "He played Mike Teavee in Willy Wonka & the Chocolate Factory."

"Why talk about backpacking?" someone else asked. "Why wouldn't you mention that when you were 11, you got invited to a chocolate factory in Germany and got split up in a million pieces then shrunk down to the size of a chocolate bar. Total missed opportunity if you ask me."

WBZ interrupted the opening of Jeopardy! so I didn’t get his name until Alex Trebek repeated it - it’s @ParisThemmen, Mike Teevee from Willy Wonka! pic.twitter.com/NNPUQ09hV0

Is nobody realizing that Paris on Jeopardy right now, is Mike TV from Willy Wonka and the Chocolate Factory?.... Like legit it’s the actor.

I was making dinner in the kitchen, listening to Jeopardy when Alex Trebek started introducing contestants at the break. He said @ParisThemmen and I ran out saying MIKE TEEVEE !!! My wife thought I was nuts. Great job Paris!

Why wouldn't Paris Themmen mention those most amazing fact he had about himself:

Wait, did @Jeopardy not mention that contestant @ParisThemmen was in "Willy Wonka," or did I miss it? It's not every day that Mike Teevee is on TV! #Jeopardy

Maybe he was saving that fun fact for his next episode, which, unfortunately, won't be happening. Though Themmen got the Golden Ticket back in 1971, he wasn't so lucky on "Jeopardy!" on Tuesday night: He came in second place with a grand total of $6,800 in winnings.