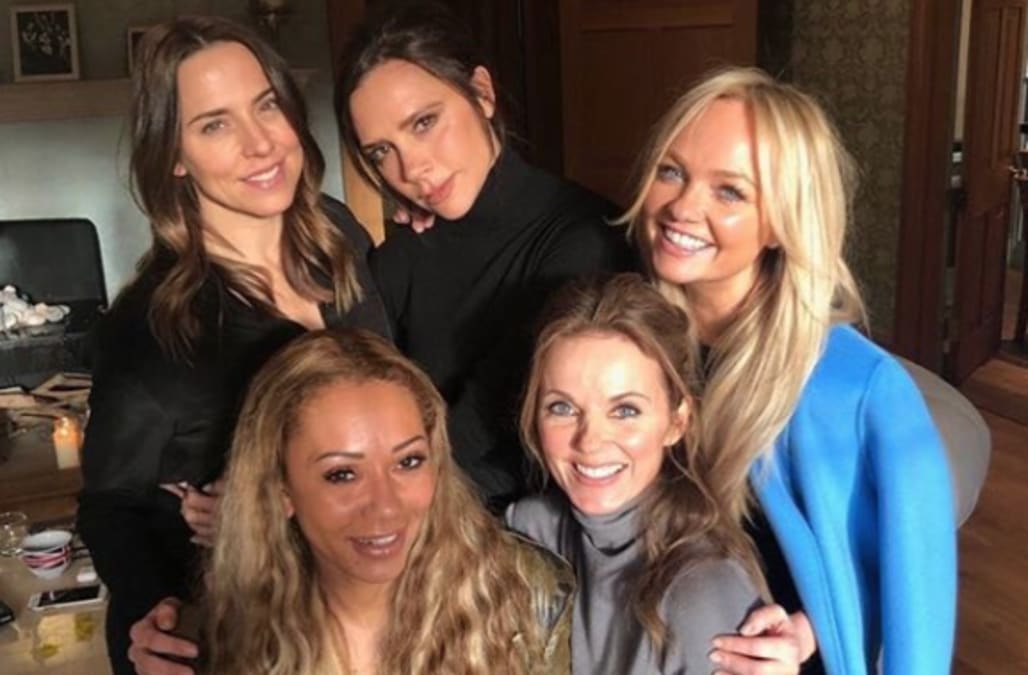 Spice up our lives!

All five original Spice Girls members unexpectedly reunited on Friday, and Victoria Beckham's photo of the ladies all back together has us totally freaking out.

Photos of the women arriving sent the internet into a tizzy, but it was Beckham's Instagram post of all five women together in the same frame that nearly broke social media on Friday.

"Love my girls!!! So many kisses!!! X Exciting x," she captioned the sun-filled photo.

Bunton also posted the photo, adding that "the future is looking spicy!" and Horner said that "#girlpower is alive and well" on her post.

Rumors of another potential Spice Girls reunion have been swirling in various capacities on the internet for years, ever since the band reunited briefly at the 2012 London Olympics, four years after embarking on The Return of the Spice Girls Tour back in 2008. That initial comeback tour reportedly grossed over $70 million.

See photos of the Spice Girls through the years: