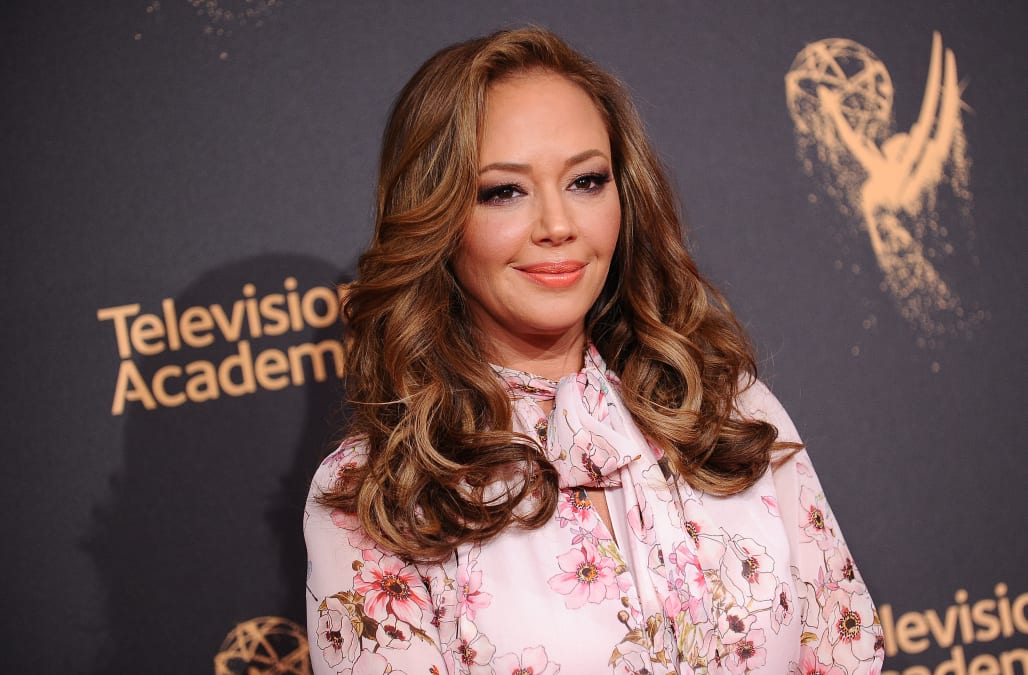 Leah Remini reportedly interviewed three women who allege that "That '70s Show" actor Danny Masterson raped them between 2001 and 2003. The interviews were for her Emmy-winning A&E series "Leah Remini: Scientology and the Aftermath," though Scientology-focused journalist Tony Ortega reports that Remini asked the network to hold on airing the episode.

According to Ortega's report, Remini and co-star Mike Rinder were asked by the Los Angeles District Attorney's Office to hold airing the episode while they decided whether or not to file charges against Masterson, who himself is a Scientologist. Remini then reportedly asked A&E not to air the explosive episode.

SEE ALSO: Jada Pinkett Smith responds to Leah Remini: 'I am not a Scientologist'

With just three episodes left in the show's current second season, the DA's office has yet to make a decision about filing charges against Masterson. Masterson denies all four women's allegations against him.

Celebrities you didn't know were Scientologists:

HuffPost published a revealing update on the case on Thursday, alleging that the case has been "slow-rolled" despite "overwhelming" evidence against the actor, who has lawyered up. The reported evidence includes "audiotapes, emails sent to and from Scientology officers at the time the alleged rapes happened, forensic computer evidence and a threatening handwritten letter Masterson sent to one of the alleged victims."

The article also revealed that a fourth alleged victim had come forward with claims against Masterson.

According to reports, the Los Angeles Police Department first began investigating the allegations against Masterson late last year before handing the case over to the DA's office in April of this year.

14 PHOTOS
Danny Masterson out and about
See Gallery

Remini and Rinder have been working to expose the Church of Scientology's secrets on "Scientology and the Aftermath" for two seasons now and won an Emmy for Outstanding Informational Series in September.

The "Kevin Can Wait" actress, a former Scientologist who split with the church in 2013, hasn't been shy about exposing famous members of the organization. Earlier this year, she famously alleged that actress Jada Pinkett Smith was a Scientologist in an interview with The Daily Beast.

I have studied Dianetics, and appreciate the merits of Study Tech… but I am not a Scientologist.

Pinkett denied the claims on Twitter saying, "I have studied Dianetics, and appreciate the merits of Study Tech... but I am not a Scientologist."

Here are more celebrities who have been allegedly connected to Scientology:

Celebrities linked to Scientology
According to the insider book "Inside Scientology: The Story of America's Most Secretive Religion," church members actively wanted Elvis Presley to join. However, he had a near-visceral reaction: "Elvis came out and said, 'F--k these people! There's no way I'll ever get involved with son-of-a-b-----n' group. All they want is my money." However, his daughter, Lisa Marie, would go onto become an active member.
Russell Crowe has said that he's not a member, but told Interview magazine that he strongly considered it: "I looked at Scientology, as well. I read Dianetics by L. Ron Hubbard, I got a couple of videos and I took it all in. It just seems like a religion that is perfect for people who feel like they need a grounding, who feels that the world has run off on them. I've discussed this with Scientologists, and they don't disagree. So, for a certain type of person, that's great."
According to Amy Scobee, a former high-ranking church official who defected, Scientologists actively recruited Brad Pitt, convincing him to complete two courses in 1991 and 1993. However, he "didn't' think it was for him," she said.
Brandy has admitted that she became interested in Scientology following her involvement in a 2006 car crash that killed someone. A friend told her that the classes would better her as a person, so she "checked it out," but "I'm not a Scientologist."
David Carradine told the New York Times Magazine that while he's not a Scientologist, "I've been around it enough to know it's a very intelligent thing." He took some classes, he said.
Candice Bergen was allegedly connected with Scientology in the 1960s but left before it gained popularity.
Jada Pinkett Smith has denied any involvement with the Church of Scientology, but defected member and fellow actress Leah Remini has maintained that Smith is secretly a member.
Patrick Swayze told the Tampa Bay Times (then the St. Petersburg Times) that he considered joining the religion.
Katharine McPhee said in 2006 on "Larry King Live" that while she'd enrolled in several Scientology courses, she is "no longer affiliated" with the church.
Jeffrey Tambor was a Scientologist but claims he no longer is, saying in 2007, "I took some Scientology classes at one time, studied Scientology for awhile, but no more. I have nothing against it, but I am no longer a Scientologist."
Chaka Khan gave something of a convoluted answer when asked by the New York Times if she's a Scientologist. Khan was wearing a bracelet with charm represented the three ARCs of Scientology, which she readily admitted -- but then said, "I’m not, never was, never will be. I belong to the religion of the Church of Chaka Khan, and I practice it every day. I live my religion, I consider it a personal thing. But I’ve taken some courses in Scientology, and they’ve been very, very helpful through life’s ups and downs."
Jerry Seinfeld revealed to Parade in 2008 that studying Scientology was useful for his career: "It's almost 30 years ago ... In my early years of stand-up, it was very helpful. I took a couple of courses. One of them was in communication, and I learned some things about communication that really got my act going.
Up Next