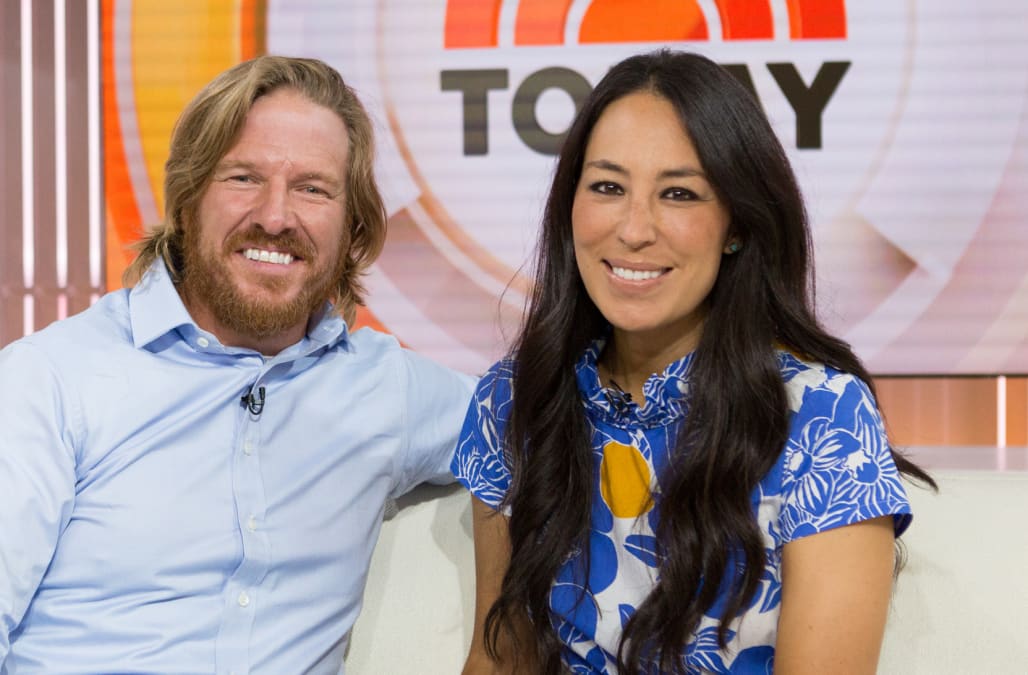 Chip Gaines is shutting down any rumors that he and his wife Joanna are getting divorced.

The "Fixer Upper" star took to Twitter on Friday to clear the air after a fan tweeted that they were "sick" of the stories claiming that the HGTV couple was breaking up.

Won't ever happen.. you can take that to the bank! #loveOfMyLifehttps://t.co/tK3kkT6k3e

"Won't ever happen.. you can take that to the bank!" Chip sweetly wrote.

The HGTV couple, who also own a slew of businesses -- including a new vacation rental -- in Waco, Texas, have been married for over 14 years. They have four beautiful children together -- Emmie, 6, Duke, 8, Ella, 9, and Drake, 11. Though they've chosen to keep their kiddos out of the limelight, they occasionally make appearances on their home renovation show.

A number of rumors have plagued the Gaines family since their hit show debuted in 2013, including one that claimed Joanna was leaving the show to start her own beauty line. The DIY-guru slammed the rumor in a blog post, wisely advising that "you can't believe everything you read."

Speculation about a baby No. 5 has remained over the years, but the two can neither confirm nor deny that they would be open to having another kid in the near future.

And while it seems like all is well with home renovation couple -- phew! -- there is someone that Joanna should watch out for. The mother-of-four recently revealed that her husband has a major man crush, understandably, on Ryan Reynolds:

"Chip loves Ryan Reynolds. I'm sure he has a man crush on him. He likes to go back and forth with Scott Foley."

Celebrities who are the ultimate 'Fixer Upper' fans

As if we needed a reason to love Ryan Reynolds and Blake Lively more?! The power couple love the HGTV series so much that they've actually developed a friendship with Chip and Jo.

"Ryan and I have actually become friendly with Chip and Joanna, and they are just amazing," Blake told People.

How friendly? Blake and Jo apparently email each other all the time. How can we get in on this email chain?!

The "Blank Space" singer loves her some "Fixer Upper" and so that means y'all are basically BFFs.

Cute! Comedian Leslie Jones gushed about "Fixer Upper" in a sweet Twitter message. She even gave a shoutout to Chip's corny jokes. We're thinking Chip is somewhere giving himself a fist pump for this one:

When Cher tweets about your show, you know you've made it!

The legendary songstress tweeted about the sweet memories the show brought back from a house in the past. Of course, Chip and Jo replied back that they were "honored."

The "Scandal" star loves watching the HGTV series with his family every week, and he even posted this adorable photo while watching.

Weir gave a shoutout to the couple with some exquisite language: "I watch a lot of @hgtv when I can and I think @TheMagnoliaMom and @chippergaines are so exquisite. Go Texas!"

Musician Ryan Adams is the ultimate rocker, but did you know he also has a love for interior design?

Mandy Moore's ex-husband made the admission via Twitter: "I <3 #FixerUpper, that show is my shit. So sweet."

Kearran Giovanni may star in popular TV show "Major Crimes," but there's only one show she's interested in -- and it's not hers!

She once tweeted: "Can't stop watching #fixerupper who wants to buy a house next door? @themagnoliamom @HGTV."