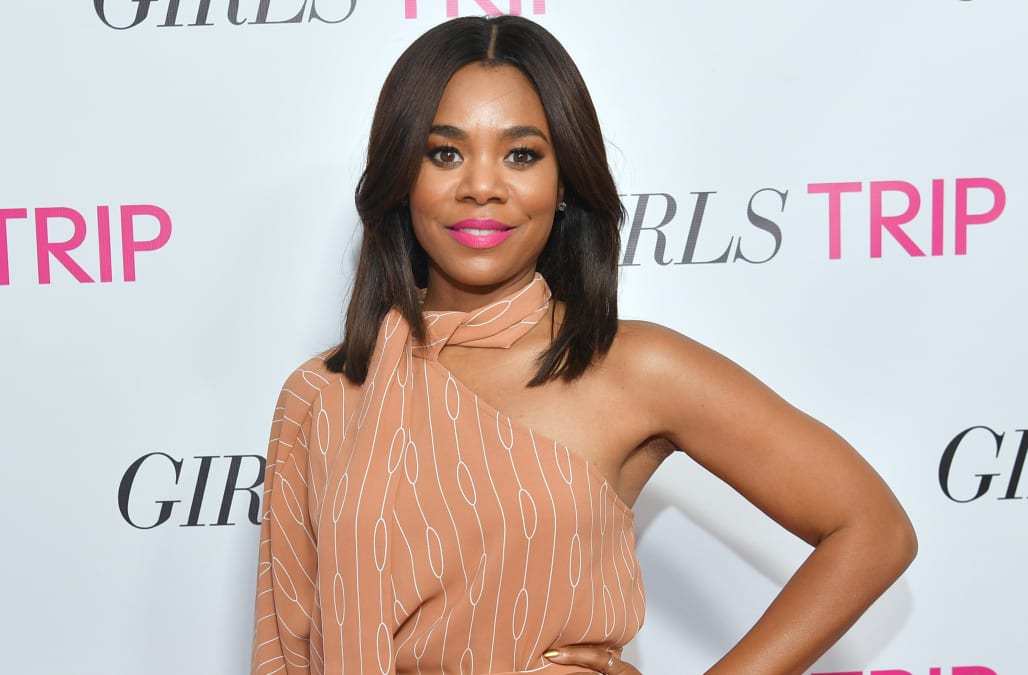 Regina Hall has found one group's response to her new film "Girls Trip" to be "shocking": Men!

The actress, who plays Ryan Piece, recently opened up to AOL Entertainment about the raucous Universal flick and revealed that men have had a strong reaction to the female-driven comedy.

SEE ALSO: Laverne Cox: 'I feel more included than I ever have as a trans woman of color in the LGBTQ community'

"I'll tell you what's most shocking," Hall told us with a laugh about the reaction to the film. "The men! [They're] like, 'Oh, my God! Do you guys really talk and act like that?!' We say, 'Yes!' All the women love it. Even men who are going with their mothers are like, 'My mother laughed the whole time,' and everyone going with their wives are looking at them with some side-eye now, like, 'No wonder why they come back from vacation so happy.'"

"People have been wonderfully thrilled and responsive," she continued. "People love the laughs, and they love the heart. It's been really positive, and we're really excited."

16 PHOTOS
Regina Hall out and about
See Gallery

Hall is referring to her fellow cast members Queen Latifah, Jada Pinkett Smith and relative unknown Tiffany Haddish, who steals the film. In doing promo for "Girls Trip," the star-studded cast has attributed the film's effectiveness in delivering laughs to their intense chemistry both on- and off-camera, and Hall doubled down on those claims.

"I just felt the synergy between all four as characters was amazing and then, in real life, I think they're all tremendous human beings," she gushed. "Ironically, I had not worked with any of them before. When you walk into a project, you don't really know what [the chemistry] is going to be like. When I walked in [to the "Girls Trip" set], every person was so kind, so lovely and so talented. We all gave each other the room to do what we needed to do on set. The energy on set from day one was great."

And it was that chemistry between the four leading ladies that helped them keep it together while filming the film's funniest scenes. As Hall put it, they enjoyed each other's company so much that they were able to get their laughs out between takes, so as to avoid breaking character during filming.

Hall called "Girls Trip" an "opportunity to go against maybe what I've done in recent years" and said that she hopes people take away a greater appreciation of the women in their lives after seeing it.

"We just want people to really enjoy the movie," she said. "There's a lot to take away about female friendship and what that is and what that means."

"Girls Trip," which is the funniest film since "Bridesmaids," hits theaters on Friday, July 21.

More from AOL.com:
JoJo Fletcher reveals one 'really important' thing she and Jordan Rodgers did after 'The Bachelorette'
Andy Cohen on the 'Real Housewives of New York' getting political: 'I love that the women took a stand'
Sutton Foster makes big reveal about 'Younger' Season 4 ahead of premiere