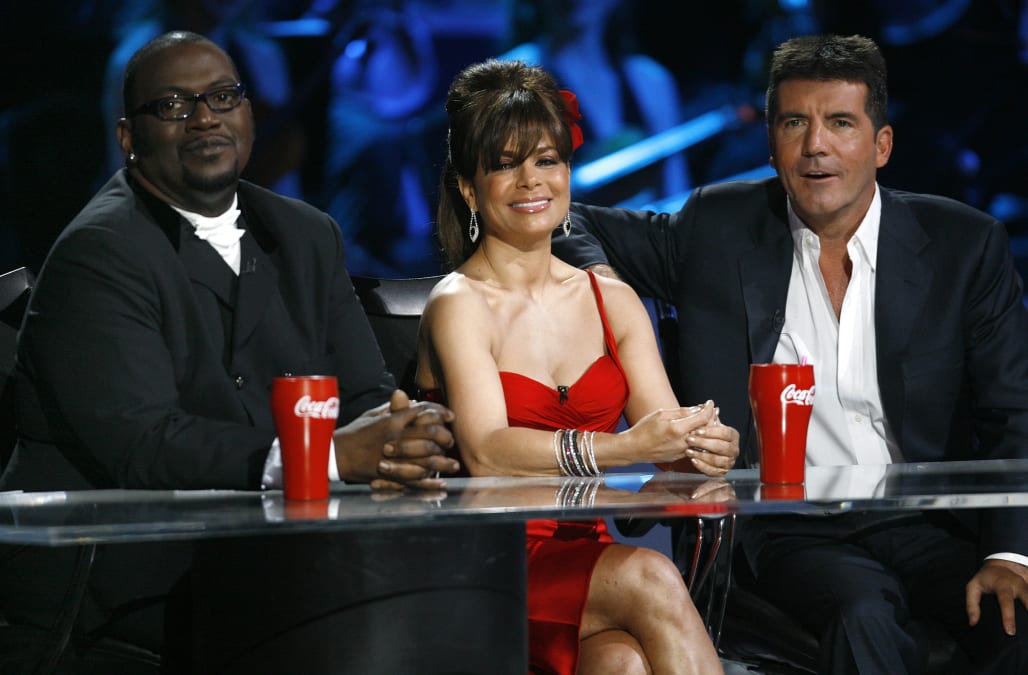 "American Idol" has reportedly found two of its judges!

The upcoming reboot of the iconic singing competition will have a new home at ABC, after being at FOX for 15 seasons, and sources close to the negotiations revealed on Monday that execs are moving quickly to secure top-notch talent to sit at the judges' table.

According to Us Weekly, "American Idol" alum Chris Daughtry, is set to join the upcoming reboot as a judge, after competing in the show's fifth season, which was eventually won by Taylor Hicks. He finished in fourth place back in 2006, but went on to become the third best-selling "Idol" alum with his band, Daughtry, behind winners Kelly Clarkson and Carrie Underwood.

See all of the "American Idol" winners:

"They wanted a panel of all ex contestants," a source told Us, adding that Clarkson, Underwood and Jennifer Hudson were "all on their wish list."

Pop star Katy Perry is also rumored to be in late stages of negotiations to join Daughtry on the judges' panel, TMZ reported on Sunday.

"Idol" execs turned their eyes towards Perry after Clarkson decided to join Season 14 of NBC's "The Voice" as a coach and, should everything go as planned, ABC will reportedly announce Perry as the upcoming revival's anchor judge on Tuesday. Hudson will also be joining "The Voice" instead, as she will be a coach on Season 13 in the fall.

Another "Idol" stalwart that won't be joining the reboot? Legendary judge, Simon Cowell, who said last week that he won't be returning.

See photos of Simon Cowell through the years:

"I was asked to do it, and the answer is no," he told Extra. "I have no interest. My memories are when we first started. It was a different time with Randy, Ryan and Paula. You can't re-create that."

Though Cowell has no interest in coming back, "Idol" could still snag former host Ryan Seacrest, who has been vocal about his interest in jumping back into the gig that made him a household name.

As for the final one (or two?) spots on the "American Idol" reboot's judging panel, it's unclear who ABC has its eye on -- will it be another huge star, ex-contestant, relative unknown or industry exec like Randy Jackson?

Only time will tell.

RELATED: See where the "American Idol" Season 4 contestants are now:

Pretty crazy transformation! The rocker continues to make music and recently had a string of shows in Hawaii.

After long-fought battles with drug and alcohol abuse, Jessica was eventually sentenced to a year in rehab. She now has a child of her own and speaks to kids about the dangers of substance abuse.

She has a standing gig every night singing at Las Vegas' Cosmopolitan Hotel. She also created a web series based on her life, which premiered in 2017.

The dreads are gone! He's a music educator and creative arts advocate.

He's snagged a number of leading Broadway roles, including the title role in "Jekyll and Hyde."

How's that for a makeover? He still makes music and is a proud father.

So gorgeous! She continues to pursue her career in music.

The singer-songwriter was at this year's Oscars, proving that you don't need to win "American Idol" to end up on the red carpet.

He's mostly kept a low profile since the show.