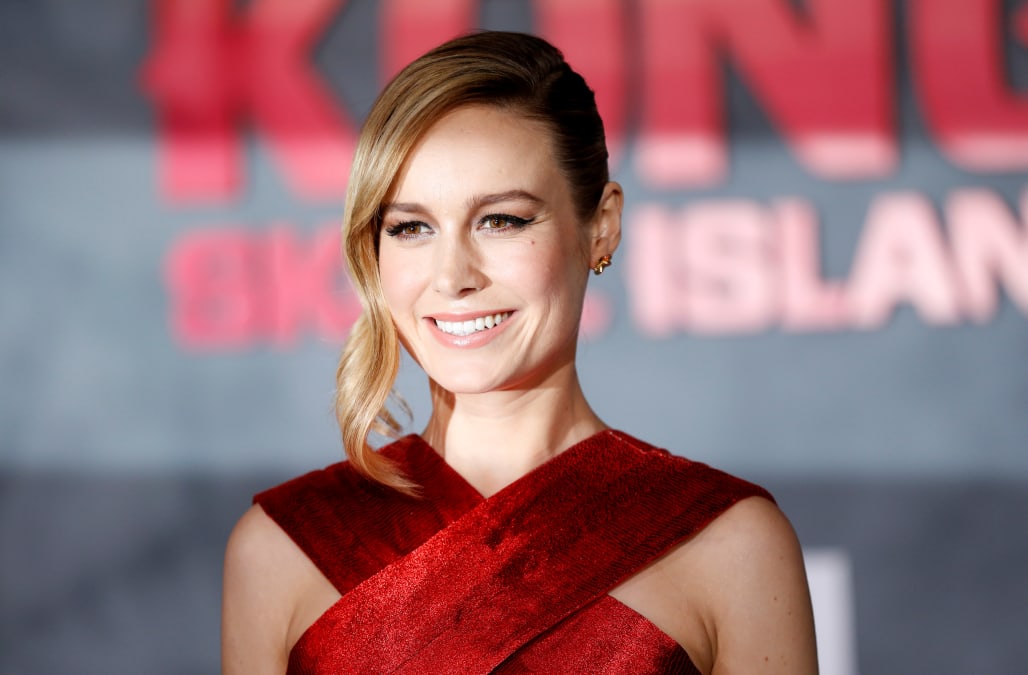 Brie Larson is done talking about that 2017 Oscars incident.

The blonde beauty made headlines after refusing to clap after presenting Casey Affleck with the Best Actor award. She has remained tight-lipped about the incident since then.

But the 27-year-old actress appeared on "Live With Kelly" on Thursday morning to promote her new film, "Kong: Skull Island" -- and obviously hosts Kelly Ripa and Christian Slater couldn't help but ask her about the controversial incident.

Slater asked if the Oscar-winning actress had an "out of body" experience when she was onstage as a presenter, alluding to the controversial moment with Affleck. The "Room" star quickly ended all conversations about the topic with a frank response:

"'I am grateful it was televised because I have no memory of it," Larson explained. She then flashed a big smile, signaling to the hosts she was ready to move on to the next topic.

After the awkward exchange, she had no problem gushing about good pal Emma Stone's Best Actress win for "La La Land."

And while Brie has remained mum about her onstage move, it hasn't stopped people from speculating that it was a silent protest against Affleck. The "Manchester by the Sea" star has made headlines due to two women alleging that he sexually harassed them while filming "I'm Still Here." Both lawsuits were settled out of court in 2010.

The issue of sexual harassment hits close to home for Larson, who played a victim of sexual abuse in "Room."

She has also dodged talking about her onstage Oscars move during a recent interview with Vanity Fair, saying that her action "speaks for itself."

"I've said all that I need to say about that topic," she added.

Nicole Kidman was the epitome of perfection in a sparkling nude Armani gown she paired with a dramatic red lip.

Lady in red! Ginnifer Goodwin matched the red carpet in a long-sleeved, sheer ensemble that she matched with a clutch of the same color.

'Fifty Shades Darker' star Dakota Johnson opted for a more conservative look in a yellow-hued gown that covered most of her body.

The queen is back! Halle Berry made her triumphant Oscars return in a one-shoulder black-and-gold gown.

Michelle Williams dazzled in a two-toned halter gown with a plunging neckline.

Matt Damon looked totally dapper in his sleek tux, but it was his wife Luciana Barroso who stole the show in a sophisticated grey ensemble with a plunging neckline.

Meryl Streep basically skipped the red carpet, but she made sure to show off her dress inside and was a stunner in a midnight blue off-the-shoulder dress.

Brie Larson sported a sophisticated twist to the typical black gown with a dramatic neckline and a ruffled train.

Viola Davis was a vision in bright red, wearing an off-the-shoulder look with a classy train.

Chrissy Teigen hits the red carpet in a leggy style that has never failed her. She looks stunning!

Ryan Gosling went the vintage route in a Gucci DIY Made to Order black velvet tuxedo and a black velvet bow tie. The look was both fun and unique.

Salma Hayek's spaghetti-strap bodice plays up her age-defying body -- are we really supposed to believe she's 50?!
Knockouts! Jamie Dornan and Amelia Warner made quite the couple. Amelia looked incredible in a polka dot dress with a cape in a blush color. (Photo by Jeff Kravitz/FilmMagic)

Beautiful! Emma Roberts showed up to the red carpet with fiery new locks. But can we talk about that gown? Absolutely stunning!

OMG! Blanca Blanco's ultra-revealing slit is so front-and-center, we barely even notice the statement shoulders.

John Legend's oversized bowtie he matched with his Gucci tux is just quirky enough to stand out.

Scarlett O'Hara, is that you? Nancy O'Dell goes for old-school glamour in this full red ballgown.
Where do we even start?! E! News host Zuri Hall's multi-textured lavender gown is a true work of art.
The definition of "blonde bombshell," Karlie Kloss' streamlined white Stella McCartney look stole the show.

Gorgeous! Octavia Spencer wowed in an off-the-shoulder Marchesa dress with a feathery bottom.

Terrence Howard and Mira Pak arrive at the Oscars. Howard is wearing a Piaget timepiece.