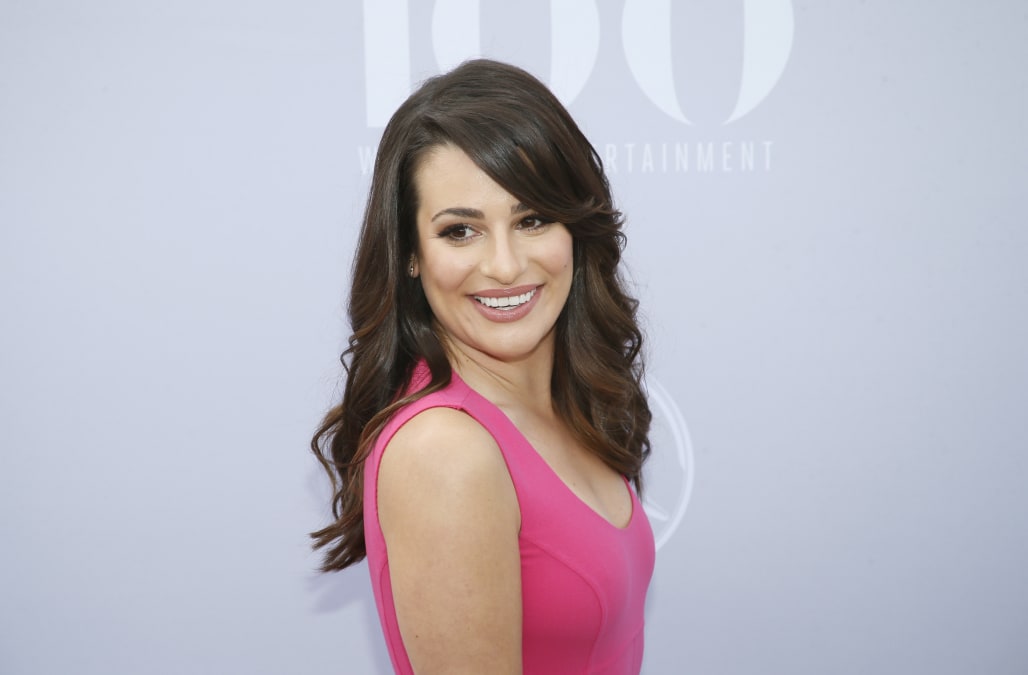 Lea Michele is stripping down -- again!

The "Scream Queens" star posted a naked photo on Friday, the latest of her "Bed Series" photos on Instagram.

The 30-year-old actress is photographed laying on a bed with white sheets, sans clothes, as she appears to be sleeping. Her toned rear-end is peaking out from under the sheets, while the rest of her naked body is tastefully covered.

While no average person looks that glamorous getting some shut eye, leave it to Lea to defy expectations.

Her other recent "Bed Series" snaps haven't been as racy, but she did post a daring photo with no clothes on to welcome in the new year earlier in January.

The brunette beauty appears to be posing on a ledge outside as she creatively covers her booty with a leaf emoji.

There's just too much hotness to handle in this photo ... "Fuller House" star John Stamos flashed his chiseled abs but chose to keep it PG by covering his you know what ...

Goodness gracious! Gigi Hadid stripped down to nothing as the sexy covergirl of Vogue Paris.

Kylie Jenner wished her beau Tyga a happy birthday with one of the most NSFW couples photo we've ever seen.

And Kylie Jenner's racy snap continues with this one ... in which she's covered entirely in blue body paint.

Heidi Klum stripped down to nothing but her bikini bottoms while taking a casual dip in the pool.

Alicia Silverstone got naked for a good cause for a PETA ad. The former "Clueless" star's hot body was on full display on a New York City billboard.

It's wasn't a complete week in 2016 without a racy snap from Emily Ratajkowski! The "Blurred Lines" video vixen stripped down to nothing in this jaw-dropping photo ... but there's definitely more where that came from.

This Kim Kardashian nude photo is pretty self-explanatory ... she captioned this one "#liberated."

One of the most controversial naked pics of 2016 came from Miss Kardashian herself. "When you're like I have nothing to wear LOL," she captioned the snap.

Sharon Osbourne was "inspired" by Kim Kardashian to take a racy selfie of her own!

Of course hot photos while taking a bubble bath is a must for Mariah Carey.

Chrissy Teigen gave the ultimate birthday present to one of her best pals -- a naked pic.

Khloe Kardashian has been flaunting her revenge bod on Instagram all year long -- and we're not complaining!

Halle Berry made her Instagram debut in jaw-dropping fashion -- with a classy naked photo, of course!

"Modern Family" star Ariel Winter made headlines throughout 2016 over her racy outfits ... but this photo takes the cake.

Only Chelsea Handler would be ballsy enough to wish Reese Witherspoon a happy birthday with a naked selfie!

Comedian Amy Schumer raised awareness for gun safety with a head-turning snap that she took in a perfect angle as to not reveal too much.

Just a man with his coffee! Josh Brolin enjoyed his morning beverage sans clothes ... and we don't see a problem with that.

Former "Dancing With the Stars" contestant Mischa Barton oozed sex appeal in her shirtless snap during her trip to Greece.

Michele has also been feeling nostalgic lately -- which is evident by her latest Instagram snaps. She pulled at everyone's heartstrings by posting an intimate throwback photo with her late love Cory Monteith. The sweet snap was take in 2012, a year before he was found dead in a hotel room in Canada.

And when she's not making headlines with her Instagram photos, the superstar is busy making music! She has a new album in the works, "Places." And she even has a simple message for people hating on her music: