5 American cities that require you to own a gun 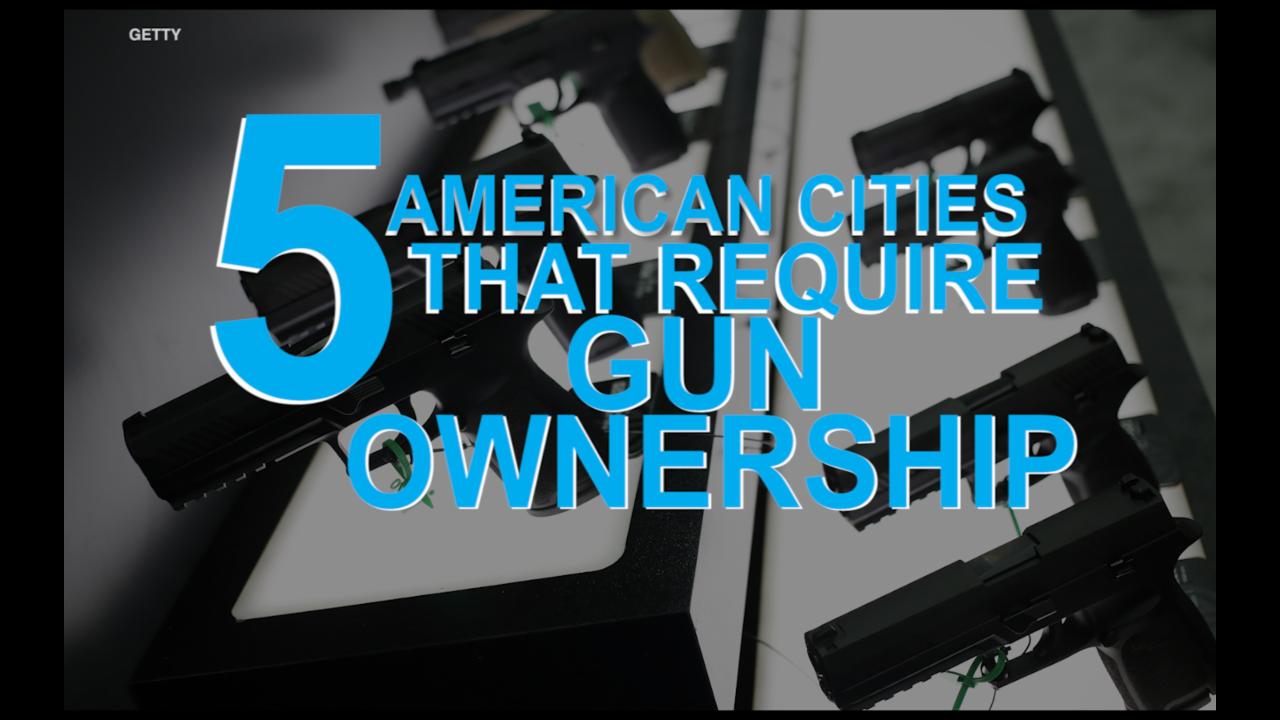 They may rarely punish their citizens for choosing not to own a gun, but their loose mandates are more about making a statement than enforcing a law.

Kennesaw has the most well-known gun mandate in the country. In 1982, a law was passed requiring heads of households to own at least one firearm.

Other cities have used Kennesaw as an example for gun mandates

With just around 700 people, Nucla passed what they call the "Home Protection Ordinance" in 2013, but does not actually enforce it.

Gun Barrel got its fitting name as a safe haven for outlaws like Bonnie and Clyde during the Prohibition era.

The city's motto is "We shoot straight with you."

In 2000, the city council passed an ordinance making firearm ownership mandatory. The mayor at the time encouraged this move because most citizens had already owned guns.

9 foods that are harder to buy than a gun

The cronut, or croissant doughnut, was first created by pastry wizard Dominique Ansel in New York City in 2013. And ever since then people have been waiting in line for hours to get their hands on one. Besides purchasing a cronut on the black market, the only way taste the sweet pastry is to stand in line, rain or shine. Some eager customers have waited out by the bakery as 5:30 in the morning to be a first customer in line when the doors opens at 8 a.m.

Beloved Pappy Van Winkle whiskey is extremely hard to acquire. Approximately 7,000 bottles of the booze are released each fall, Fortune reported. To get a swig or two, you'd have to know the right people and be willing to spend hundreds of dollars on a single bottle of the liquor.

To get a martini — one of the most basic cocktails in the book — customers at any law-abiding bar in the country have to show a government approved form of identification to prove that they are at least 21 years of age. Anyone younger will technically be denied (unless they live in one of these states).

Conversely, it's possible to own a rifle or a shotgun as a child in 30 states, the Washington Postnoted. While a thirteen year old cannot lawfully purchase a gun on their own, their parent can ostensibly purchase one and gift it to them, for their birthday, Christmas or just as a special treat.

While you can't technically eat food stamps, they are the means by which 46.5 million Americansget access to food, and the process of registering for the federal aid program takes 30 days on average, according to the Daily Beast.

To get a gun in many states, a simple background check that can happen in a matter of minutes will do, the publication added.

It's legal in only 13 states to sell raw milk in stores. In other states, the dairy product must undergo the pasteurization process before it can be sold.

Guns, on the other hand, are legal in each and every state, and aren't required to undergo any specific process before they are sold.

These cherished cookies sold by Girl Scouts are not available in store or online and can only be purchased six to eight weeks out of the year, according to the official website. The season during which they are available depends on when individual local troops sell the cookies, but the only way to pick up a pack is by ordering through a troop member.

Guns are available not only year around, but at most hours of the day, every day of the week. And buying one doesn't require tracking down a 12-year-old to place an order. GunTV even makes it possible for night owls to shop for firearms while the sun rises.

A 1938 law banned thee delightful chocolaty Kinder Surprise Eggs from being sold in the states, and it is illegal to sell or buy them on U.S. soil. The treat features a plastic package in the middle that holds a toy and the government is worried that it is a choking hazard for young children,BuzzFeed reported.

There have been at least seven reported deaths due to choking on this product since 1989. By comparison, an average of seven U.S. children or teens are killed by guns — which are not banned in the states — every day in America, the Everytown For Gun Safety Support Fund noted.

The Scottish delicacy haggis, which is made from a sheep stomach or lung, stuffed with diced sheep liver, heart and more lung, as well as oatmeal and onion and seasonings, is technically illegal in the U.S. The United States Department of Agriculture banned any foods containing lungs out of concerns over food safety in 1971, BuzzFeed noted. So to get any properly, legally made haggis, interested parties must travel to Scotland.

A gun can be purchased online from the comfort of your very own bed, the Washington Post wrote.

The sale and farming of the popular seafood option is now heavily regulated by the American government because of overfishing. Only certified Chilean sea bass fishing boats can harvest and sell the fish, HG.org noted.

Pretty much anyone can sell a gun. The online gun marketplace makes it especially easy to sell guns on the internet, said the Washington Post.