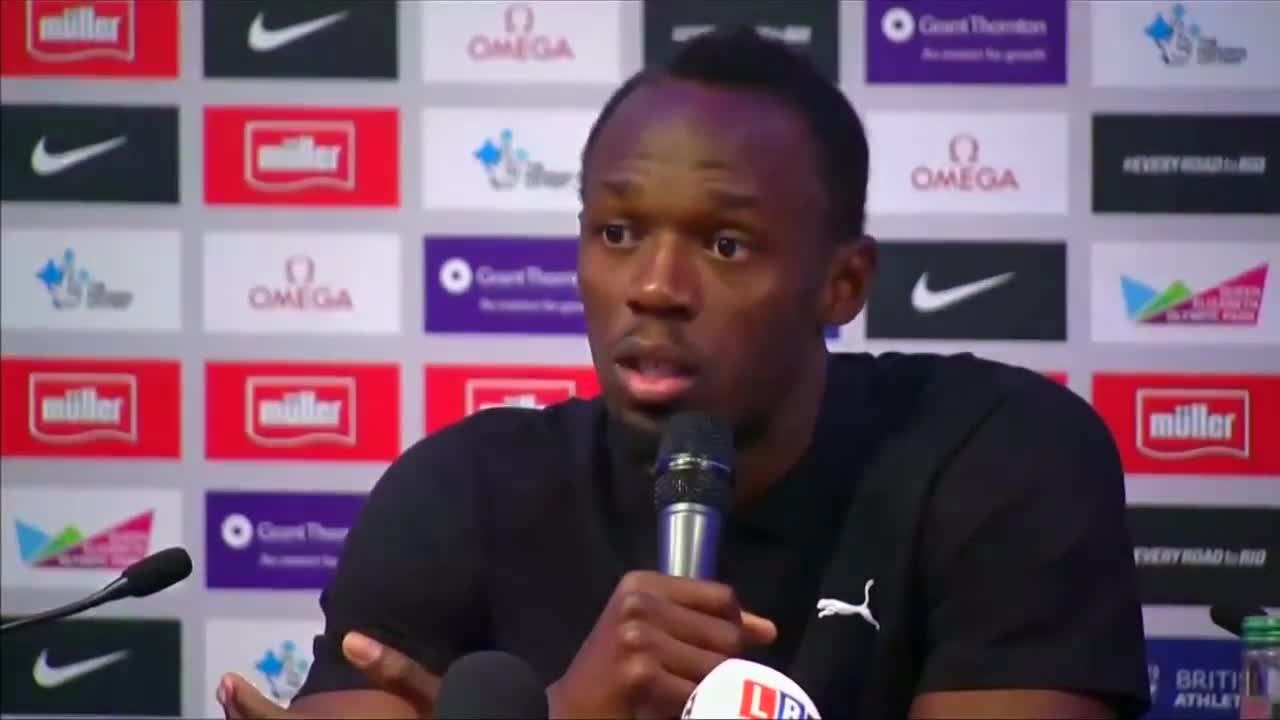 Usain Bolt is keenly aware of the narrative of his extraordinary career and, for the fastest man who ever lived, the only fitting way to close its Olympic chapter is with a third sprint sweep at next month's Rio Games.

Bolt is already assured of a place not only in the pantheon of his own sport but alongside the likes of Muhammad Ali, Pele, Michael Jordan and Jack Nicklaus - men whose names alone conjure up the notion of sporting excellence.

It is company the confident Jamaican covets and he is determined to concrete his legacy by capping eight years of sprint dominance by defending his 100, 200 and 4x100 meters relay titles in what he has said will be his final Olympics.

Barring injury or mishap, Bolt will run in his ninth Olympic final in the relay at the Rio Olympic Stadium on Aug. 20, the day before he turns 30.

He ran his first final in Beijing five days before his 22nd birthday, exploding into the consciousness of sports fans around the world by coasting to 100 meters victory in a world record time of 9.69 seconds with one shoelace undone.

Since that balmy August night Bolt has proved unbeatable in major championships, winning 11 world titles and sweeping the three sprint titles at the Beijing and London Olympics.

The one title he missed came at the 2011 worlds in Daegu when he was disqualified from the 100 final.

Then, some of the conjecture over his false start focused on possible jitters caused by a lack of fitness but he blew away those theories with victories in the 200 and the relay.

Bolt has since lived with, and confounded, the injury narrative ahead of two major championships - a sore hamstring hampered him before London and a back problem similarly limited his outings before the 2015 world championships.

This year, Bolt was forced to skip the Jamaican Olympic trials because of another hamstring injury but his rivals, chastened perhaps by experience, have no doubt he will be at his best in Rio.

Former world champion Tyson Gay described the injury scares as a "tradition", while Justin Gatlin said it was all part of the "crazy stuff" of an Olympic year.

"On the eve of the Olympics we'll all be debating whether he can win. And then he will win," American 400 meters great Michael Johnson said.

Gatlin, as he was before Bolt's triple world championship triumph in Beijing last year, is shaping as the biggest threat to the Jamaican's monopoly on the Olympic sprint titles.

The 34-year-old American's two doping convictions have lent the air of a morality play to the battle for sprint supremacy between the pair.

Bolt's pristine doping record and profile have see him cast as the savior of his sport as it battles the turmoil unleashed by a string of doping and corruption scandals.

However brilliant, Bolt knows he cannot "save" his sport, and is content instead to ensure his own legacy before he heads into retirement after next year's world championships in London.

His form indicates Bolt might not be in position to challenge the world records of 9.58 and 19.19 seconds he ran to win the 100 and 200 at the Berlin world championships in 2009.

But, as Gatlin said at the U.S. trials when discussing the Jamaican's injury problems, Bolt has made a habit of making the extraordinary ordinary:

"The mystery of the Olympics is in the air. It is full of dreams and sometimes dreams don't come true. But come on, man, he's Usain."