Study claims obese people aren't as smart as thinner ones 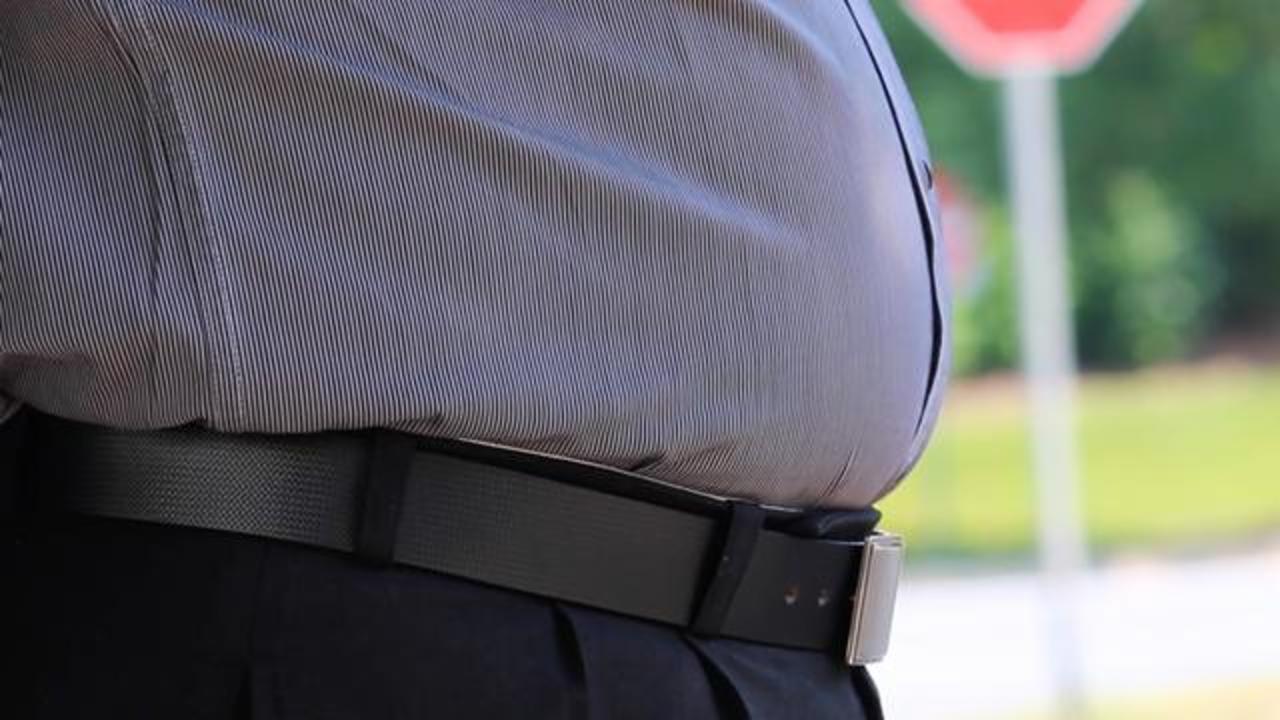 A new study suggesting obese people aren't as smart as their thinner counterparts is drawing skepticism.

According to the research, overweight individuals have "reduced cognitive performance, greater impulsivity, and altered reward processing."

The findings, which are based on the brain images of 32 people hailing from Baltimore, Maryland, associates diminished grey and white matter in some areas of the brain with carrying extra weight.

Among the regions found lacking were the salience network and dorsal striatum, notes The Telegraph.

Professor Chase Figley from the University of Manitoba characterized the former as the, "seat of motivation, willpower, and the ability to persevere through physical and emotional challenges."

RELATED: The obesity problem in America

Obesity problem in America
SAN FRANCISCO, CA - JUNE 10: Sugar is listed in the ingredients of a bottle of soda that is displayed in a cooler of a food truck on June 10, 2015 in San Francisco, California. The San Francisco board of supervisors has approved an ordinance that would require warning labels to be placed on advertisements for soda and sugary drinks to alert consumers of the risk of obesity, diabetes and tooth decay. The ordinance would also ban advertising of sugary drinks on city-owned property. If San Francisco mayor Ed Lee approves the measure, the law would be the first of its kind in the nation. (Photo by Justin Sullivan/Getty Images)
Michael Saucedo, age 9, showed his plate of chicken strips, chocolate milk, fruit cup, oranges and wheat bread, at Russell Cave Elementary School in Lexington, Ky., Wednesday, Jan. 13, 2010. The chicken strips are fried before arriving at the school, then are reheated using a steam and convection oven. Debate in Washington over a controversial school lunch waiver has spread into the Bluegrass State, where proponents say the innocuous proposal helps rural schools, and which critics argue threatens years of work combating one of the nationÃs largest childhood obesity rates. The House of Representatives is expected to vote this week on an appropriations bill that includes the waiver provision. (Pablo Alcala/Lexington Herald-Leader/MCT via Getty Images)
Up Next

Overall, the team believes its research offers an explanation for the poor dietary and health choices made by people who are overweight, reports the National Post.

However, it remains unclear if the brain changes occur before or after the weight gain.

More from AOL.com:
Buy this, not that: The cheaper quinoa substitute you haven't heard of
The most expensive city to have a baby
21 phrases you've been saying wrong your entire life