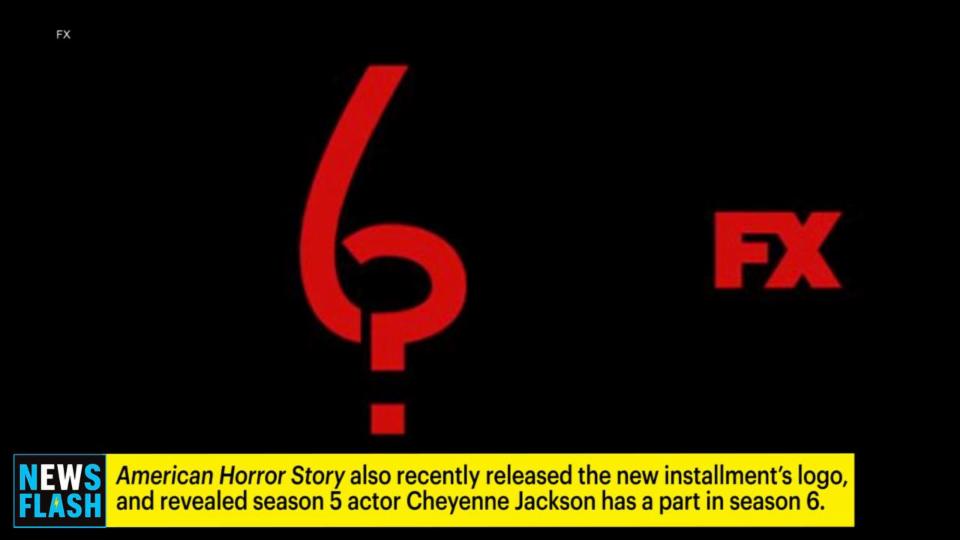 Since Adam Levine's cameo in American Horror Story's second season ("Asylum"), pop stars have popped up throughout the anthology series. Stevie Nicks, Patti LaBelle and Patti LuPone have all made appearances. The biggest musician to star on the show is Lady Gaga, who took home a Golden Globe for her role as The Countess in Hotel. Now that creators Ryan Murphy and Brad Falchuk have helped one musician take home an acting trophy, can they make lightning strike twice? Here's our dream cast for whatever nightmares await the next installment.

Lady Gaga and American Horror Story were a match made in heaven, so it would be a tall order for another diva to fill her heels -- especially without a collective eyeroll from die-hard AHS fans. Katy Perry's campiness is more suited for the show's sister, Scream Queens, while Taylor Swift and Beyonce seem too big of a stretch. Our best bet? The Hot 100's favorite bad girl: Rihanna. Between the thrills in her "Bitch Better Have My Money" video and the creep factor of "Disturbia," the chart-topper has this on lock. We'd love to see her as a demented dentist who moonlights as a lycanthrope.

If anyone has the resume for AHS, it's this Latina hitmaker. Whether it's playing mind games with a serial killer (The Cell), fighting off sea serpents (Anaconda), or protecting her family from an obsessed stalker (The Boy Next Door), Lopez will be prepared for whatever the franchise's next installment has in store.

Lady Gaga on 'American Horror Story': 'I Wanted a Place to Put All of My Anguish and Rage'

Ryan Murphy has a fondness for casting divas of yore. Not including AHS regulars Jessica Lange and Kathy Bates, Murphy has given guest stints to Patti LuPone and Patti LaBelle. While Midler has dabbled in spooky -- who hasn't seen the campy classic Hocus Pocus? -- it would be fun to see her go full psycho.

Another icon we wouldn't mind Murphy bringing back to TV? Cher! The "Dark Lady" would make a brilliant addition to the ensemble; in fact, we'd be surprised if he hasn't already reached out to her. Whether it's the cat lady with a big heart, or a tormented taxidermist, we're sure the Oscar winner would be a breakout star.

This songstress has been strangled and drowned, jumped off a cliff, and died in a high-speed car crash -- and that's just in three of her music videos ("Blue Jeans," "Summertime Sadness" and "Born To Die," respectively). Her ability to take morbid and gloomy imagery and make it feel warm and comforting would give the writers a bounty of material. And while her ethereal beauty and odd charm would set her up to be the ultimate femme fatale, it would be more interesting to see her in a role that isn't already done to death.

Nick Jonas on His Breakout Year, 'Scream Queens' & Having a 'Balance' of Muscles and Music

One horror genre AHS has yet to explore is the eerie backwoods. Along with a haunted cabin, a swamp monster and sasquatch, this trope wouldn't be complete without a band of hillbilly bandits. If they brought back their banjos and grew back their beards, would there be any group better suited for this role than this folksy foursome? Sure, they're British, but you can't tell when they're singing.

The pint-sized diva has already appeared on Murphy's other horror anthology, Scream Queens. And given her admiration for the genre (in a 2014 cover story, she told Billboard about her childhood obsession with horror flicks), we think she could tackle something with less goofs and more gore. The ideal situation? Summer camp! Cast her as a cannibal counselor who plays naive as kids go missing, while cooking up a cover up.

AHS is known for it's over-the-top characters: Myrtle (Frances Conroy in Coven), Dandy (Finn Wittrock in Freakshow) and Sally (Sarah Paulson in Hotel) are just a few of the big personalities birthed by the anthology series. If there's one thing we know about Elliott, it's that her charisma is scene-stealing. Look no further than her unforgettable guest appearance in Katy Perry's Super Bowl halftime show for proof...

For years, fans have speculated that Murphy and the gang would focus on Area 51, with aliens and government cover-ups. Who better to play an extraterrestrial than the outer-space obsessed Grimes?

When casting announcements for the fifth season were made, the Internet was ablaze with rumors of a plotline that featured a serial killer with a specific victim profile: attractive, toned white men with dark hair. Wes Bentley, Matt Bomer, Darren Criss, Max Greenfield, Cheyenne Jackson and Finn Wittrock were all cast -- and all fit the description. It turned out, however, that their roles were unrelated and it was actually Ryan Murphy who had a type. Given the creator's fancy, it wouldn't be a stretch to see the middle Jonas snag a role on AHS. We're sure his brother Nick, who appeared on Murphy's Scream Queens, would put in a good word.

On the other hand, it would be better for the series to integrate a more diverse cast. Though the addition of Angela Bassett was hyped before the third installment (Coven), neither she nor any other non-white actor on the series has been given a role hasn't felt secondary. Rocky, who made his acting debut in the critically acclaimed Dope, would be a great addition to help shake things up. Not only does he ooze sex appeal, but his street goth style would complement the show's aesthetic perfectly.

Murphy can be credited with helping bringing storylines about gender identity back into the mainstream, with Hotel's Liz Taylor (played by Denis O'Hare) and Glee's Unique story arcs. It only seems appropriate that he enlist this gender-bending icon for a future installment. Wouldn't it be thrilling to see George take on the roll of a flamboyant lounge singer on a haunted cruise ship who Jekyll and Hyde's into the ship's murderous caption?

Let's be honest: Sia wouldn't agree to a role unless she got to cover her face. While silence can be intimidating, we've already had Season 1's Leatherman. Instead, what if Ziegler -- Sia's own human emoji -- took on a role. Her debut in "Chandelier" was both breathtaking and spine-chilling -- a winning combination for AHS. Given all the creepy children tropes in horror, we're sure they could write something for the Dance Moms star.

Check out more from AHS in the gallery below!