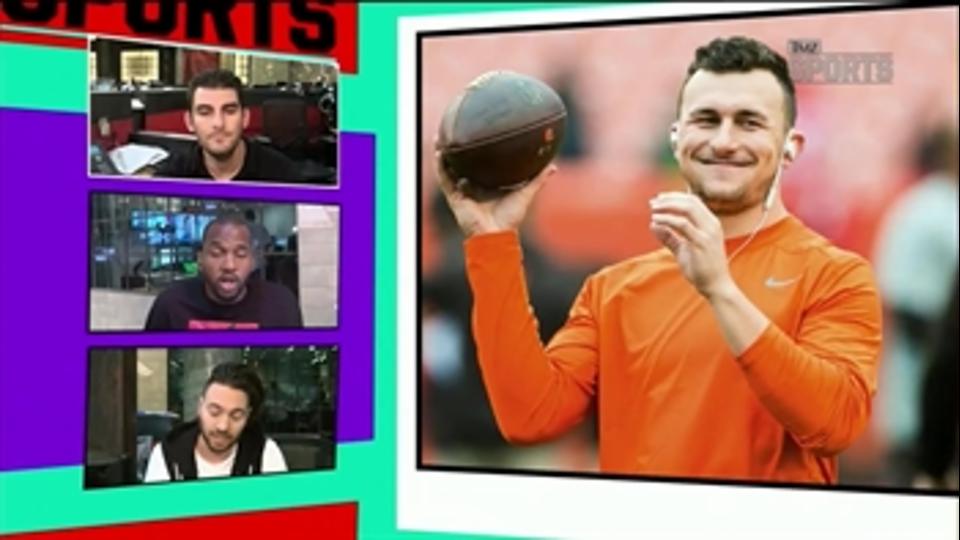 Johnny Manziel has been all over headlines the past week. First, his lawyer accidentally texted the Associated Press with concerns about him getting clean, then his trip to Cabo to spite his father which culminated in a promise to get clean July 1.

The NFL has already suspended Manziel for four games starting in the 2016 season, so it's not likely that we'll see Manziel anytime soon. However, the Arena Football League might have a job for Manziel in the meantime.

The AFL's commissioner thinks the league will provide a platform to show the world that Johnny Manziel is clean, sober, and back on top of his game.

Personally, I like this move. A personality like Johnny Football's is perfect for a brash league like the AFL, and his playstyle fits in with the faster, more brutal game as well. Johnny needs to get clean, and the notoriously prude NFL will not likely give him a chance anywhere until he proves that he doesn't need drugs or booze to function.

The AFL is a way that he can have fun playing football again while rehabilitating his image. Manziel needs to prove that he can stay away from drugs for at least a full year while maintaining the high level of play that made him such a dynamic prospect. If the AFL is willing to grant him that opportunity, I say go for it.